Some people do not seem to realize that just owning a pet isn’t enough. They need as much love and care as any human being. The fieldworkers of PETA are working 24 hours a day attending to emergencies in north-eastern Carolina and south-eastern Virginia all-round the year. Their actions touched the pitiable lives of innumerable animals that face terrible neglect and abuse but got a new life thanks to PETA.

PETA workers found this Chihuahua-terrier mixed breed in a pitiable condition with his body covered in fleas. Boss now lives along with a teacher and a doctor in New York.

Read: Which 5 Dog Breeds Do Kids Like The Best?

This sad-eyed pit bull was left acutely gaunt and scrawny after being denied food and medical care. Intestinal worms bred inside him. After being rescued by PETA, he regained 30 pounds within a month.

She was found severely anemic, infested with parasites with about half the ideal weight. After being rescued, she found a new life thanks to PETA and SPCA, Virginia Beach.

She was condemned to chains and faced starvation. She loves running and even comfortably won the 5k at SPCA, Virginia Beach in 2014, after being rescued.

He was found suffering from heartworm infection and his fur was all tangled and matted. Thanks to the Virginia Beach SPCA, Jake found his furrever home.

He spent the first 18 months of his life chained outside the home. He was finally rescued by PETA and a psychiatrist in New York adopted him.

Read: This Florida Woman Was Found Guilty Of Animal Abuse After Her Horrible Video Went Viral

He had almost lost the use of a leg and had severe bite wounds. After being treated by PETA, he has found a new home and three canine friends.

He was found locked in a cage with a dead dog. The depraved owner was given a 12-months sentence and had to pay PETA $452 as compensation. Blue was transferred to the SPCA, Virginia Beach and found a home.

Itchy was found confined to a trash-filled pen. He was 20 pounds underweight and had heartworm infection. But after the treatment, he is doing well at his new home. He found a new life thanks to PETA. 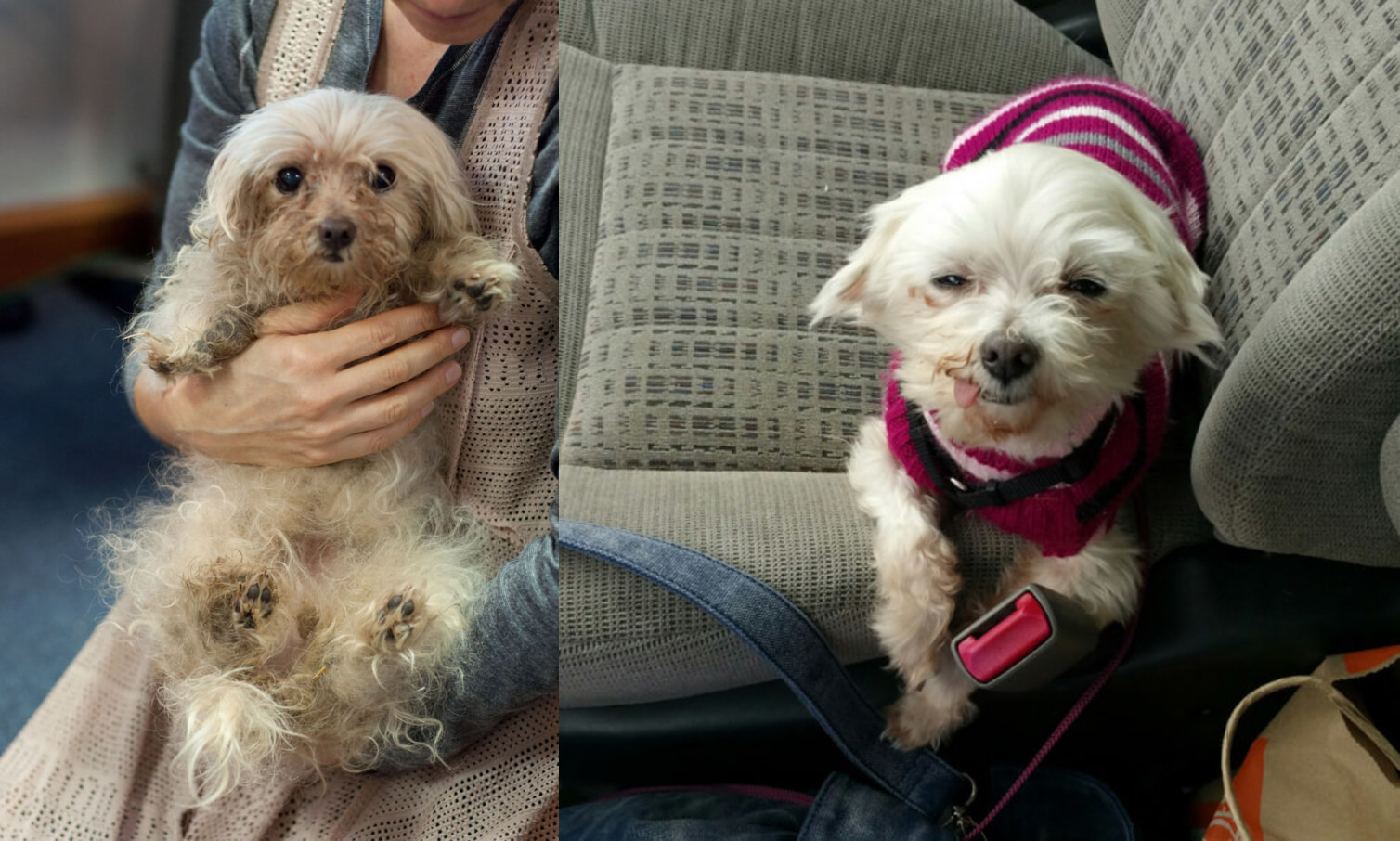 Soupster was surrendered to PETA with oral and kidney problems. She had only 6 months as per the vets, but recovered amazingly with her new owner. Now, she is having the time of her life.

Dogs should be given the utmost love and compassion as they are totally dependent on their owners. We should always try to adopt these animals from shelters instead of buying them. They have got a new life thanks to PETA. Now, it’s up to us to take up their good work and share this article.