Puppies are loved by all. By all? Maybe not. You would be shocked to know how one horrible human being treated these 3 puppies who had not even opened their eyes yet!

These small babies were barely a couple of days old. And we all know catto and doggo babies don’t open their eyes as soon as they are born. They are too busy being licked by their mums to actually open their eyes and see the world! Or maybe, they are just too afraid? Maybe they know what terrible monsters inhabit this world and hence they prefer to wait before they have to finally see it all. 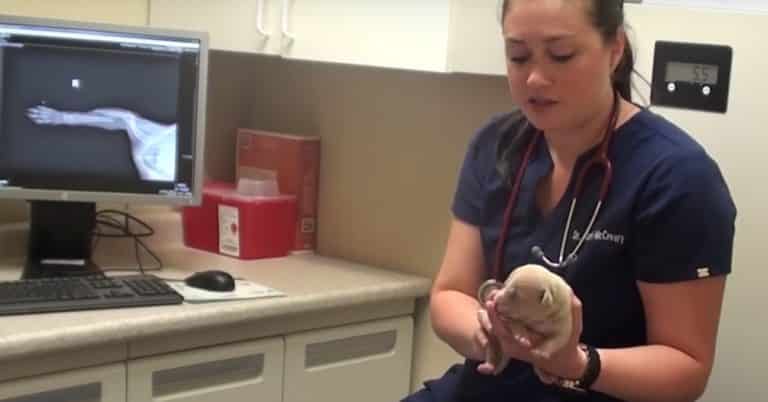 When this mother doggo gave birth, she never even imagined what was to become of her 3 puppies who had not even opened their eyes yet. The owner took these puppies and dumped them in front of a shelter.

Since shelters have volunteer workers, there is barely anyone to take care of such babies for all 24 hours. But they need such attention and thankfully, Vet Ranch did not let them down. When they found these abandoned puppies, they stepped in and decided to take care of them.

The workers at the Ranch guessed that the owner of the mother dog was probably unwilling or unable to take in 3 new dogs hence they abandoned them at the shelter.

The kind souls at the Ranch made sure to feed the 3 puppies frequently, as would their mother. They were constantly checking in on them and even stimulated them at times to help them poo! When the rescuers found the 3 puppies who had not even opened their eyes yet, they were totally covered in fleas. The pups got immediate treatment for that, otherwise, their survival would have been risky. 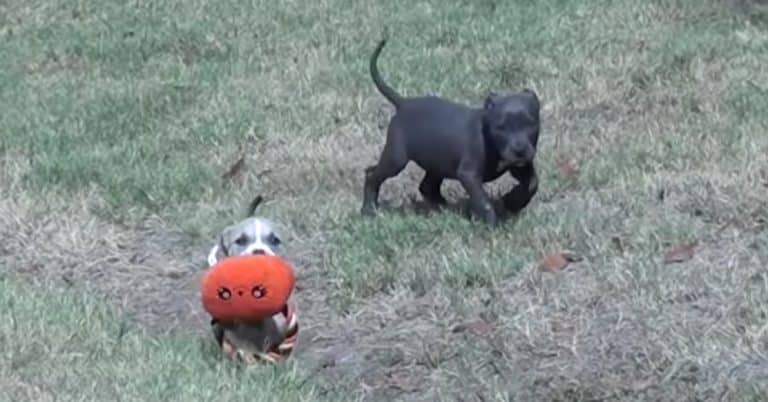 The 3 puppies were names Willow, Meadow, and River by their care-takers. And with the great care and love of the Ranch volunteers, the pups soon opened their eyes. And the first thing they did? Covered the the loving volunteers with licks! They even got their first birth after opening their eyes.

Thankfully the volunteers at the Vet Ranch took great care of this trio and helped them grow up. They are now healthy and active doggos and often become a handful to control!

You can watch how these 3 puppies who had not even opened their eyes yet went from being abandoned to 3 happy and healthy dogs.