K-9 units are found in most police forces around the world. Beijing also has recently welcomed 6 fluffy pups into their police force. The interesting part is that these pups are all K-9 clones!

Sinogene, a pet-cloning company from Beijing collaborated with the Police Dog Base of the city’s Municipal Bureau of Public Security to create these 6 K-9 clones. 4 of the clones were born in August in one litter. These 4 clones have over 99% of their DNA the same as their donor parents. The parents Skiding and Arie are a couple of Belgian Malinois who were chosen by the police base because of excellent performance in the force.

READ: Attacking A Police Dog With A Can Of Baked Beans Lands Man In Jail 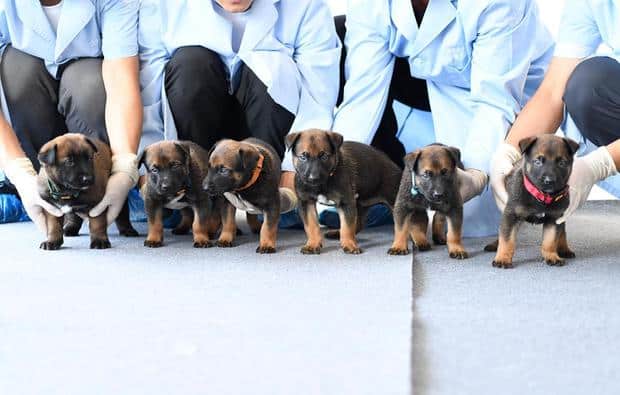 The in-charge of the “Police Dog Precision Breeding Core Technology Research Program”, officer Ma Jinlei mentions how stellar K-9s tend to lose their abilities with age. So it is necessary to pass on their excellent traits to future generations. They are the products of intense training and hence the dog base is cloning their K-9s so further improve the standard of their pawlice! the training period of these cloned K-9s gets reduced while also increasing their efficiency.

The clones are now in training and they all look the same! The hooman police say that these pups also have similar learning abilities, curiosity, and similar temperaments too. Due to the passing on of the trained genes, these 4-month-old K-9 clones are performing like 6-month-old K-9s.

These pups would be closes monitored during the training period by the police base to track their development and to look out for any abnormalities. 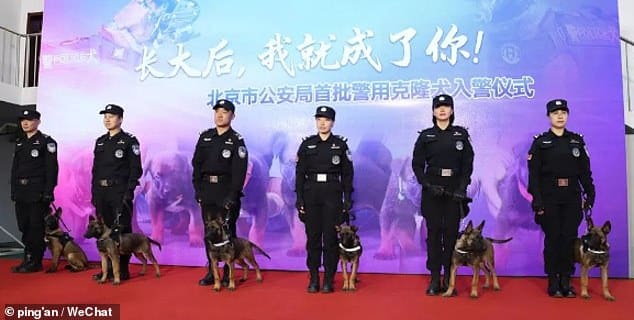 READ: Unicorn Puppy Found Wandering In The Streets: The Tail On Its Head Is A Miracle To Witness

The research for further cloning continues uninterrupted. The police base hopes to establish a gene bank soon and make the most of modern technology. The goal is to build the best K-9 clones for the Beijing police force.