Junior Cook, a boater, was wending his way along the coast near a tiny uninhabited isle near Cross Keys in the Canadian province of Manitoba. Suddenly, the distinct cries of animals caught his attention. He returned the very next day, disturbed by the noises he had heard. To his amazement, he saw several puppies running around, crying out in hunger. Concerned at the fate of the 7 abandoned puppies he immediately contacted the Norway House Animal Rescue. 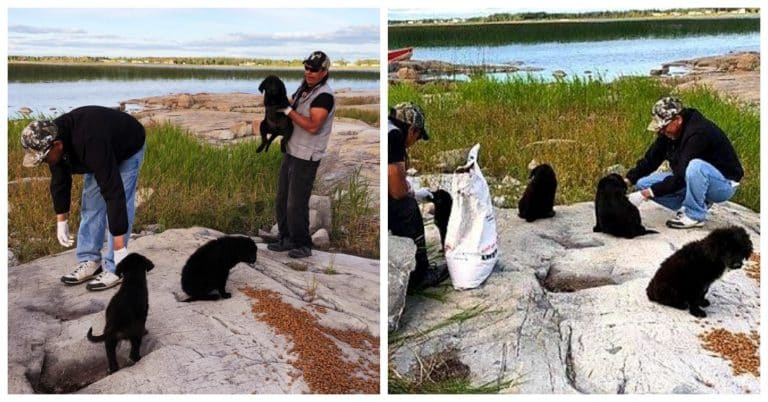 The rescue immediately acted in response. They are familiar with such cases of abandoned pets. The rescue posted that this was not a unique case. Incidents of this nature keep happening in Manitoba or any other place on earth. This rescue regularly brings in neglected and forsaken animals to give them up for adoption. 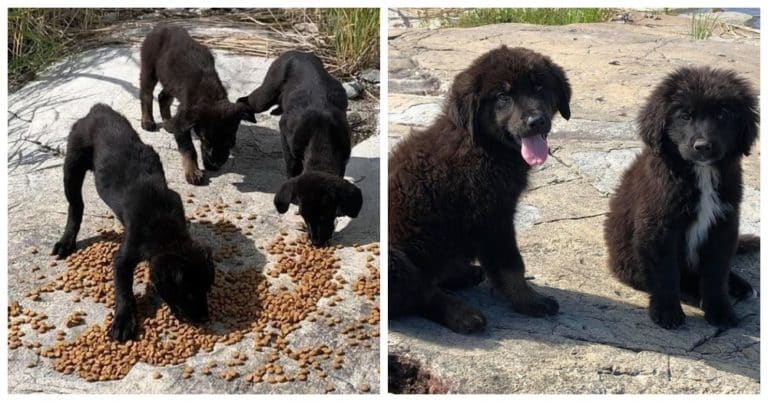 The rescue director, Deb Vandekerkhove told CBC that on hearing the news from the boater, he, along with a friend, tried to locate the puppies the first day. But all they could hear were noises in the failing light. At first, they thought that they were wolves.

They returned the next day with food. The puppies were fed at the island until they could arrange for a boat to shift them to the mainland. Cook brought in the food supplied by the rescue. The first day, the famished dogs ate one whole bag of dog-food. It became apparent to the rescuers that the 7 abandoned puppies had been starving. They came running in every time Cook landed on the island. They were at first wary of people but soon warmed up to the visitors to their island. 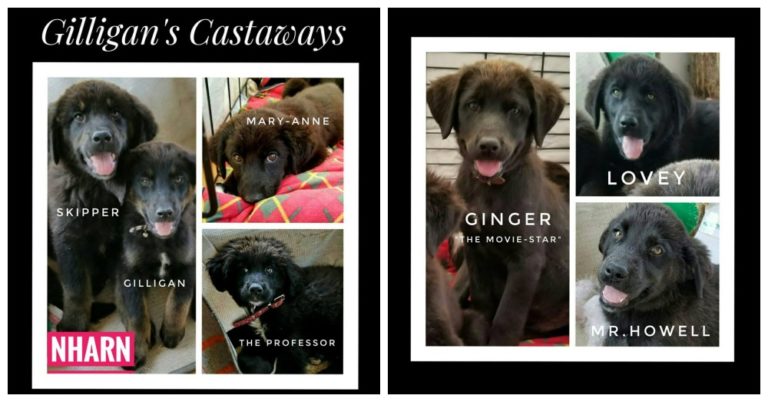 The 7 castaways were ultimately rescued and they made a 330-mile journey to Winnipeg. The 7 abandoned puppies were kept there until they could find proper homes of their own.

✳️Update on the Seven Gilligan’s Island puppies✳️We would like to once again thank Debra, Barbara and volunteers from…

They have been named after a popular TV show of the 1960s, Gilligan’s Island Crew comprising 4 boys and 3 girls. Each puppy was named after the characters who matched their traits.

7 abandoned puppies on an island

Who looks happy to see their rescuers?The 'Gilligan's Island crew is!Operation 'Gilligans Island' is underway.Another visit with feeding late this afternoon.Donations for this combined effort with on site advocates and volunteers to [email protected] PayPal link on our page.**This Is How We Do It folks.**Focus on stabilizing the dogs by ensuring they have food water shelter and then focus on removal**

The puppies were treated for tapeworm and lice. Winnipeg Pet Rescue posted that they were brought in malnourished. Hopefully, they have got their forever homes.