Huxley’s mother decided to take her puppy on a flight to Ibiza, but she didn’t expect what would he do! His mom couldn’t give him the attention she usually gives, so the bored puppy showed the passengers how funny he is!

Huxley’s mom said:“He sat in the seat next to me but got in a mood which he often does when I don’t pay him enough attention.” 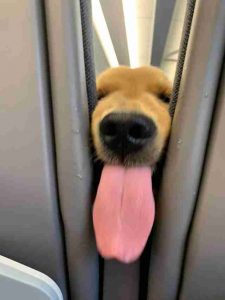 What would a bored puppy an a flight?

As most dogs, Huxley gets sad when the spots are not on him. So, he left his mother and played with other passengers instead. He chose to stick his head between the seats to give the the best entertainment show ever! 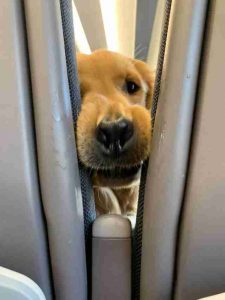 Aitchison said: “He spent 30 minutes in that seat; the man next to him said he was a very good passenger and the man across the aisle was taking selfies with him,” 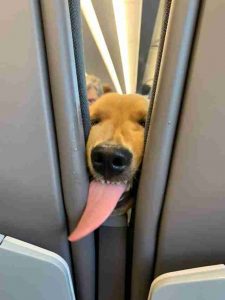 added: “Huxley kept giving him his paw to hold. He was making lots of people laugh and the man next to me asked to take his photo to send to his daughter.”