If cuteness was a remedy, then an ambulance dog would have been your go-to medicine. What is the ambulance dog? Well – it’s another special costume for Halloween. Aliyah Buksh, the owner of a dog has shared a video of an ambulance dog. It is her dog, an Australian Shepherd, which is wearing an ambulance costume. It howls in an adorable way and it almost sounds like a siren that is coming from an ambulance.

Buksh has captioned the post in a wonderful way too on Instagram. The dog has been named ‘River, the pawmedic’ and supposedly, he is accepting patients for this Halloween. The costume of the ambulance dog is quite simple too. It is just a styrofoam box, which looks like a makeshift ambulance. This box has been put on the dog’s body. There is also a red collar, which blinks and it is that specific red collar that makes a siren-like sound. But what trumps it all is the siren-like sound that the dog emanates whenever the dog collar siren starts ringing.

The only ambulance I want picking me up pic.twitter.com/UsLhwhkbAJ

The video has made the internet go wild. It has been reposted on Twitter as well. It has been posted under the account Aussies Doing Things. By now, it has been retweeted about 126 thousand times. After all, the cuteness remedy that the ambulance dog brings is unparallelled. And of course, someone is getting their dose of happiness from it.

Read: This Pit Bull Dramatically Pretends To Faint To Get Out Of Nail Cutting

So, it’s no longer about pills. Now if we want, we can rely on a more formidable medicine – the ambulance dog with his cute howls. 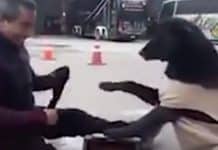 Handsome Dog Gets His Paws Polished Meticulously For A Special Date 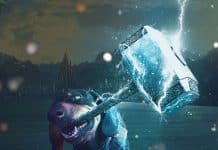