You may know this dog from Scooby-Doo, one of our favorite TV cartoons. Yes, we are talking about the Great Dane. This muscular and giant-of-a-dog can both intimidate you and make you feel protected. But they too need their share of food and exercise. A Great Dane is not an easy dog to handle. You need to be prepared to train a Great Dane. 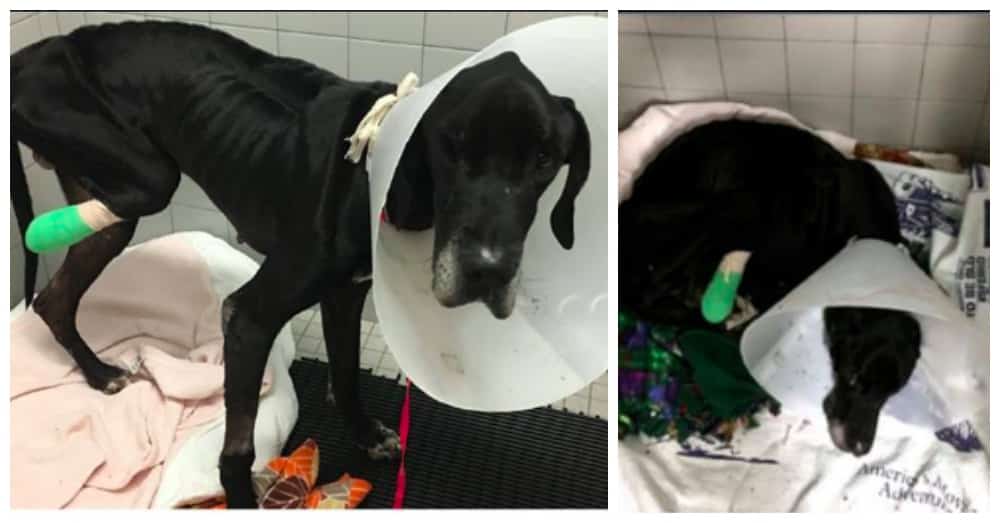 Maybe the couple who bought Luke was not ready for such a dog. And so, the heartless couple just left their malnourished Great Dane out in the open. He was called Luke by the couple. But he was discovered in a severe malnourished state outside by officers of South Carolina. He was tied to a rope and one of his legs was chewed off. The officers did not know what might have happened to the infected leg.

But later on, they came to know from a neighbor what had really happened. The malnourished Great Dane ate his own leg to keep himself from starving. 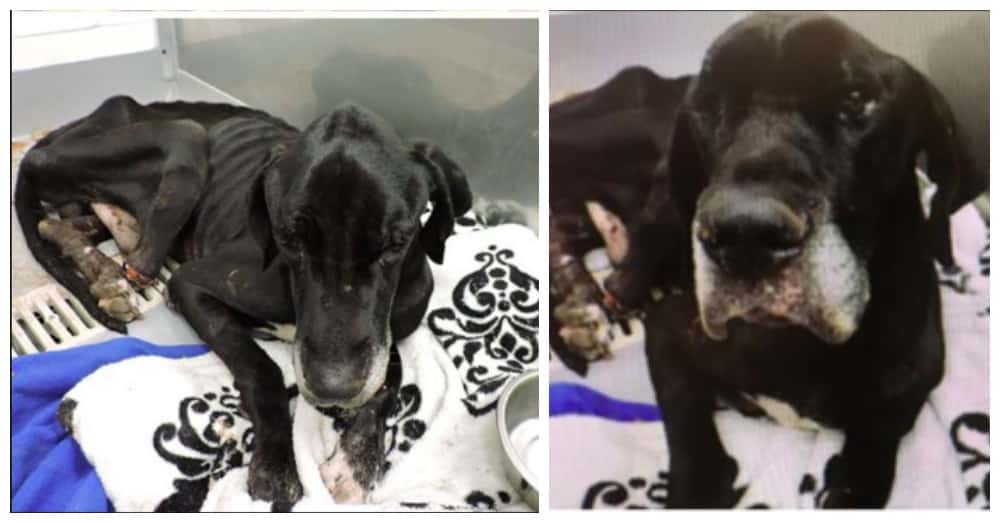 The Officers came to the owner’s house – a 32-year-old Jessica James and a 28-year-old Skyler Craft. They said that they had kept the dog outside and tied him to a metal pole so that he does not leap out of the fence. They also knew about the injured leg of the malnourished Great Dane and they tried to treat it themselves. Both of them were charged with animal abuse. The Noah’s Ark Rescue team started treating the dog. 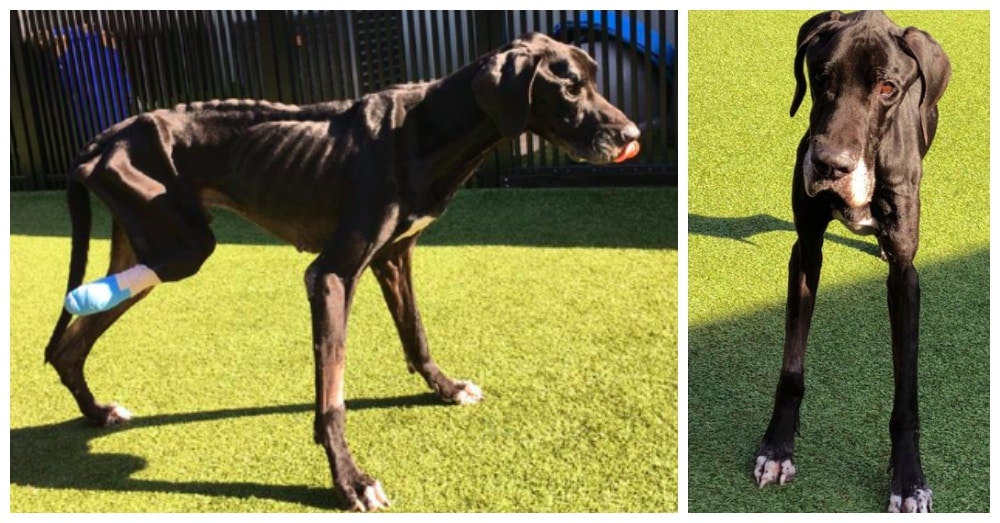 Luke had developed a terrible infection and he was too malnourished to walk. He was also afraid of people. He had to spend time in the ICU and in the rehab center. The malnourished Great Dane has been in the starvation mode for a long time. His body had adapted to it. So, now, the re-feeding had to be slow. He also had Heartworm but it might have been because of starvation. The electrolytes in his body were in a mess. 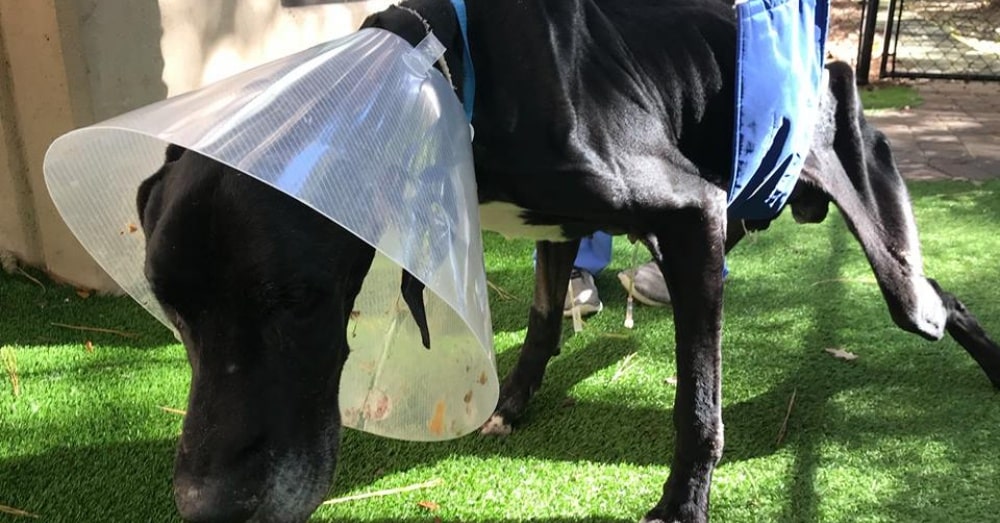 The road to recovery for the malnourished Great Dane is going to be tough. But he is recovering and people are really hopeful for him. The infected hind leg needs an operation but until the poor dog recovers no surgery can be performed.

We can only pray that Luke will get back his Great Dane-like strength.