A scrawny dog, just 3 years old, was found outside a shelter in a condition that showed the depths to which human depravity can sink. The 3-year-old dog had obviously been a bait dog and the sweet-natured animal was found in a container covered in severe wounds. Her head was massively swollen.

The shelter where the dog was dumped informed the authorities. Dogfighting or similar sports is a felony throughout the nation but it is obvious that such monstrous acts still happen. Second Chance Rescue NYC Dogs came to the rescue of the sweet-natured dog. 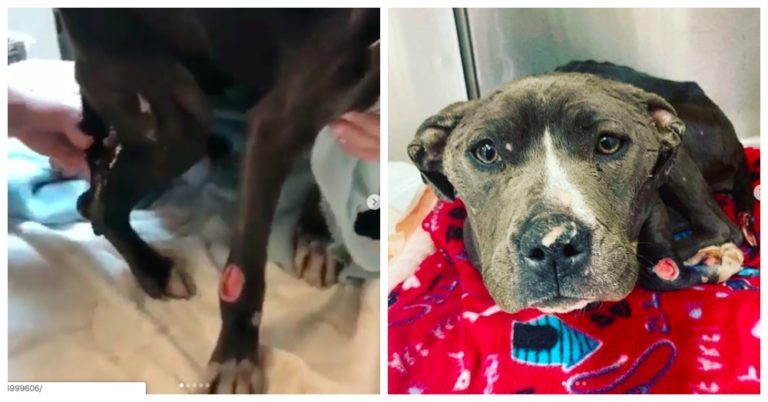 Despite the felony offense, organized dogfighting is still a sickening reality in several parts of the country. Illegal betting and sadistic pleasure of some people drive this industry and bait dogs are exposed to the most horrendous situations.

The first objective of the rescue was to save her. They informed their followers over Facebook of the extreme situation.

BUNNY UPDATE**** Dog dumped in container in front of shelter yesterday.Bunny arrived to the hospital yesterday…

She was taken for treatment in a weak and anemic condition. Her wounds were infected and she needed an emergency transfusion of blood. The bait dog was infested with worms and was suffering from diarrhea. Her wounds were so devastating that they had turned septic.

The bait dog was put on a course of strong antibiotics. Her condition broke the heart of the rescue staff. They had seen animal abuse before but seeing such extreme torture inflicted on a dog shook them up. 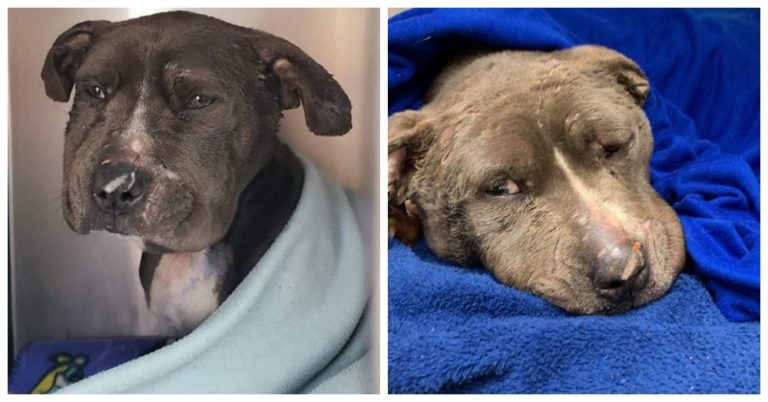 She was named Bunny. The shelter gave regular updates of her treatment and requested contributions to get her treated. But Bunny knows that she is now in safe hands and that has helped a lot on her road to recovery. Her sweet and cooperative nature has endeared her to all the staff at the rescue. Unless stronger measures are taken to prevent such blood sports, dogs like Bunny will continue to be used as bait dogs.

The antibiotics worked as the swelling in her face subsided. The sepsis in the severe wounds on her head was the next priority. The tail was severely damaged and had to be amputated.

She was under treatment for long. She was malnourished and took timed to respond to the treatment. The abuse she had suffered also made her wary of humans. But the kindness that she received at the shelter and at the hospital has restored her trust in humanity.

She will surely find a loving home once she has recovered fully. We can only hope that the sick person who inflicted such cruelty on her is finally caught.