Imagine entering a crumbling abandoned house and then hearing puppies squealing! Rescuers from Stray Rescue of St. Louis had to pick their way through a ruined structure as they went in to rescue a dog family. The saviors from Stray Rescue risked their lives and limbs as they stepped over crumbling plaster to rescue a terrified dog family who was starving and in mortal danger. There was no water or food around. 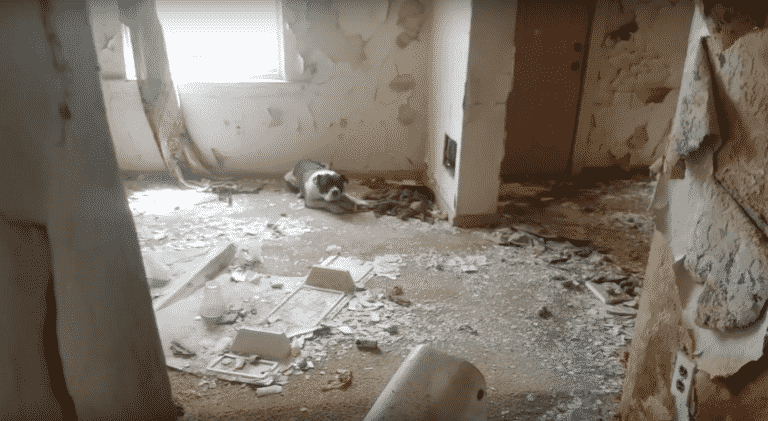 The rescuers first spotted a male and gave him some food. He was too weak to resist as they put a leash around his neck. He looked a bit scared, probably from the trauma. But he was friendly and willingly walked out.

But the puppies had a mind of their own. They refused to have anything to do with the rescue and began screaming in terror. Lack of human contact had made them paranoid. 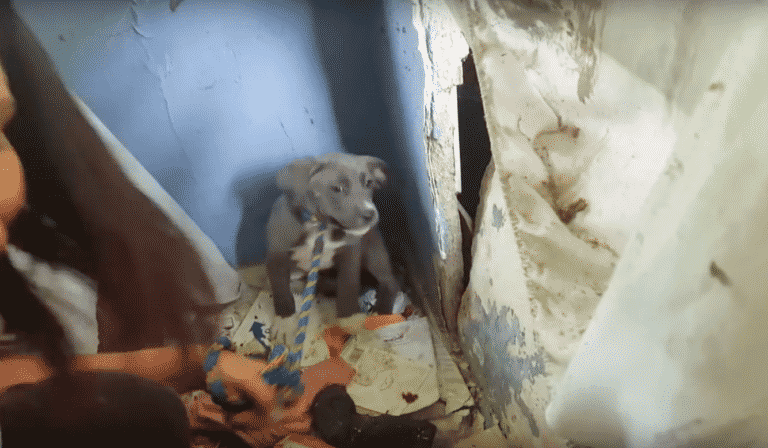 At long last, the rescuers succeeded in getting one puppy into their car. They heard the second puppy screaming in the dark basement. As they picked the puppy up, the mother dog came rushing out of the dark, barking furiously. She was concerned about her puppies. It was obvious that the lack of human contact had robbed the terrified dog family of the ability to trust humans.

It took an exhausting 2 hours to get the male dog and the two puppies out of the derelict. Even mama dog was worn out by then and trudged along. The rescuers made sure there was no more member of the terrified dog family inside. 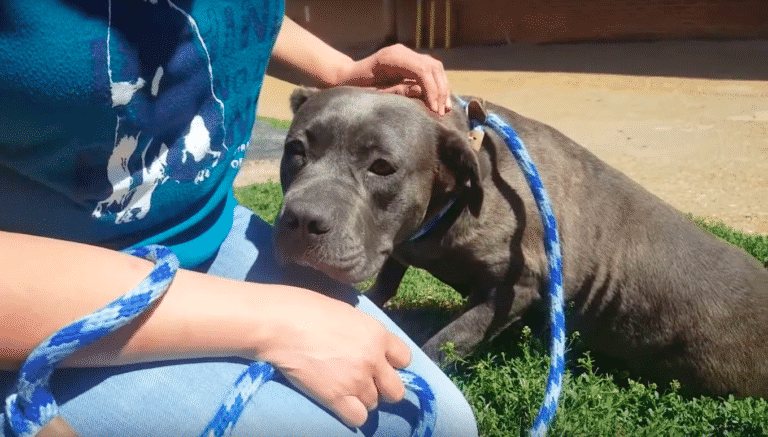 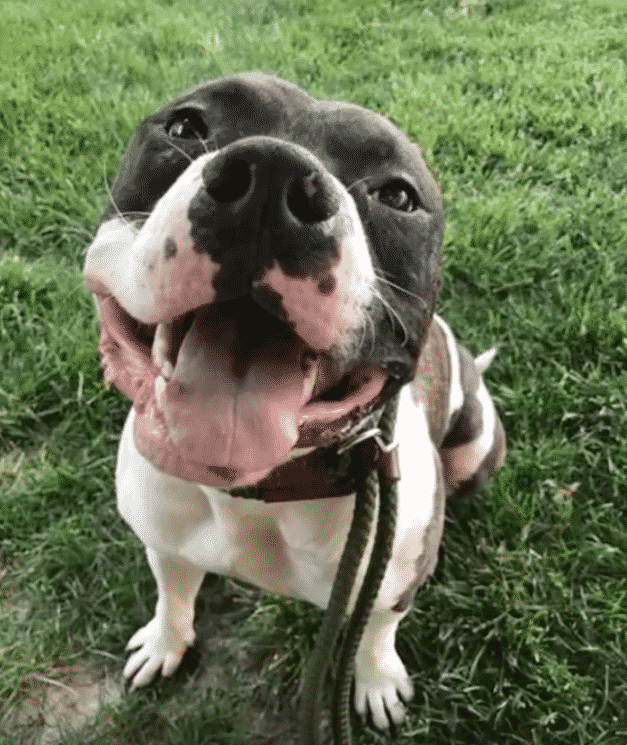 The terrified dog family no longer has to fear being forsaken in a ruined basement. They are safe and have been named after characters from Home Improvement, the 90s sitcom. The male is Tim ‘the Tool Man’ Taylor, his wife Jill and the puppies, Randy and Brad. Tim is friendly and affectionate. His cute behavior goes well with his gawky looks and a goofy personality. He has already found his forever home.

Read: A Homeless Doppelganger Becomes Friends With Family Dog And They Never Leave Each Other Behind

Despite losing her temper during the rescue, Jill, the mama dog is very loving and affectionate and prefers the company of humans. They would love to be together in a forever home.