Just like most places all over the world, the streets are full of strays in Greece too. Both stray people and stray animals roam around, starving to death. While people can still speak and express their agony, poor animals can’t do so. They are generally made a victim of either poor weather and hunger or some predatory animal. One such box of kittens was left near a mountain which was discovered by Aragon. The kittens were lucky enough to be fostered by a daddy dog, Aragon himself.

Aragon is a rescue dog who works with an organization- SCARS. They have done a great job and rescued over 25 kitties in just a month. The latest save was a box full of abandoned kittens. 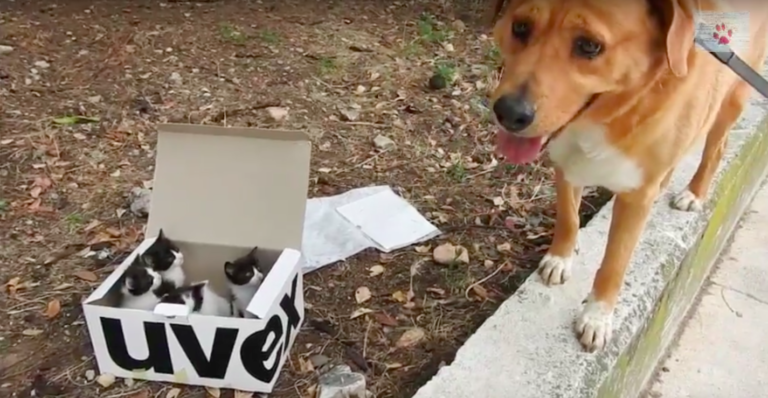 It tears up an animal lover to see the innocent pets deserted like this. Most of these animals are too small to protect themselves and eventually they become a meal for predators. The abandoned kittens would’ve surely been eaten by the foxes if not for Aragon.

As he was taking a walk near the mountain with hoomans, Aragon started pulling his master towards the box. When the volunteers got there, they came to know about the kittens. Thanks to this clever dog that they were rescued and taken to the clinic to get them tested. To everyone’s delight, they were all perfectly healthy! 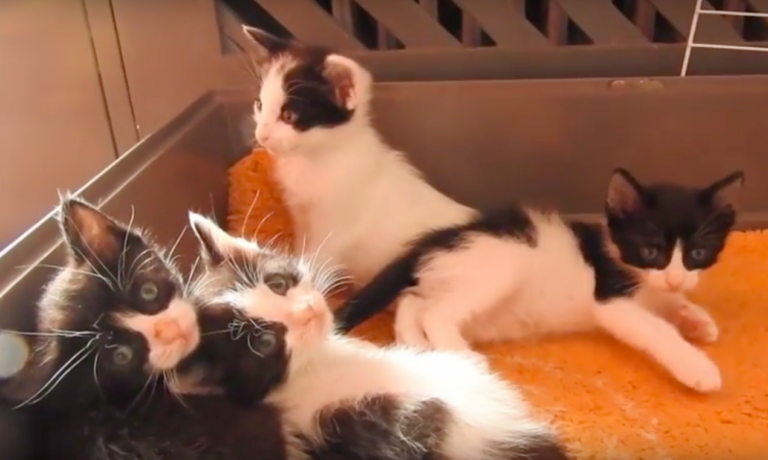 Aragon didn’t stop here though; he decided to take care of these kittens himself. He would snuggle up with them and not let them feel lonely. The kittens sure are lucky to be fostered by a daddy dog! 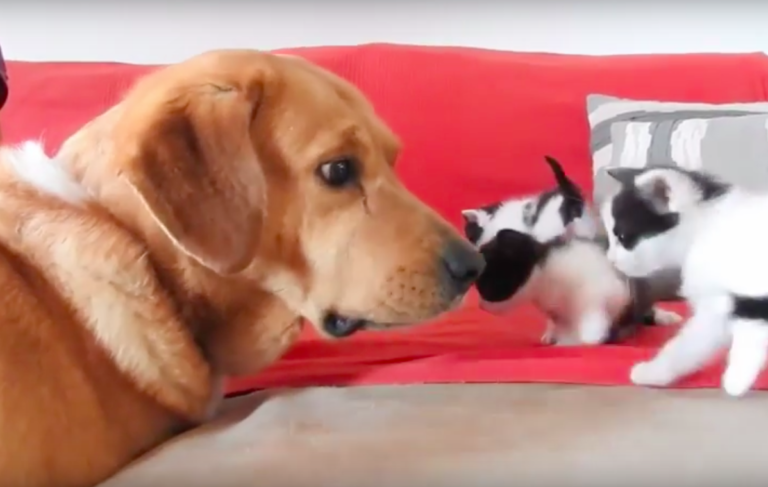 Even though they’re natural enemies, Aragon treated the little munchkins as his own. This shows that love knows no boundaries and that it is in every heart.

Witnessing such an event where a bunch of kittens is being fostered by a daddy dog is rare. It strengthens our belief in kindness and love in this world.