A recent road accident in Edinburgh has left everyone shocked. A hit-and-run case has left a severely injured old man as a victim while his dog died on the spot of the accident – a casualty.

A 72 years old man was out with his favorite doggo for an evening walk. Probably a routine for the duo, like many others. They were happily enjoying their walk but neither had ever imagined what was to follow.

It was almost 5 pm on 26th November 2019. The pedestrian and his dog, being law-abiding citizens, were enjoying their stroll on the footpath of Corstorphine Street. Out of nowhere, a blue Ford Transit Tipper van rushed on to the footpath where the duo was walking. The old man and his companion dog were westbound and the van came and hit them both.

Unfortunately, the dog sustained extremely severe injuries and passed away on the spot. The old man was also seriously injured and was taken to the Edinburgh Royal Infirmary immediately. 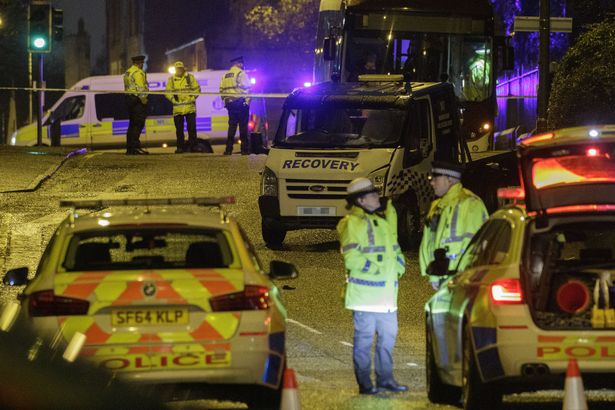 This accident of the old man and his companion dog has the police looking for the culprit.  The police are busy questioning eyewitnesses to the case. They have also appealed to the public if anyone has any video footage of the accident.

Something like dash-cam footage would be really helpful in identifying the person who hit this old man and his companion dog and ran away. The death of the dog has made the whole incident all the more sad.

Such incidents are becoming more common as the general public keeps getting more and more negligent. With the holiday season setting in, such horrible incidents make one truly sad. We hope the culprit is caught quickly and given the punishment they deserve for hitting the old man and his companion dog.

The old man’s loss is unimaginable and that too at such an age. We hope he finds the strength to get over this ordeal soon.