This is one of the amazing scenes that we can’t see clearly from any other creature than dogs. The post went viral when the animal rescue shelter Refk in Cairo & Giza page on Facebook shared it. In Cairo, Egypt, this Baladi dog family was standing next to the house of the man who usually gives them food. However, they didn’t eat this time. “They came next to my house, I went down to give them some food. First, they stared at the food and sniffed my hand and ran away, I thought they didn’t like it,” the man said. “Then, I was about to back home to get them some other food, one of them brought a pregnant dog and let her eat and guarded her around,” he continued. 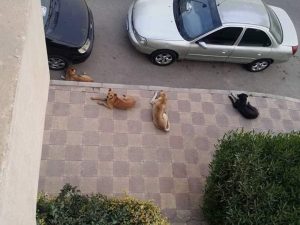 Although the amount of food was enough for them all, they didn’t start eating until she did.

The man was extremely amazed by the awesome behavior of the dogs. They are now sitting under his building. Also, the pregnant dog raises her head and looks at me every time I’m in the balcony. It’s like she is thanking me for helping her. 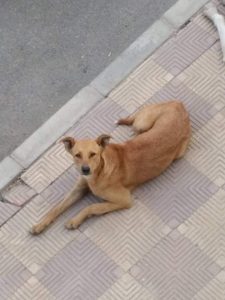 He also explained for people who fear dogs, that dogs are not dangerous. However, when a baladi dog barks or make you scared, they -for sure- defend themselves, their pregnant friend, their babies, and their harmed friend. The animal world is very vast, but it’s not harmful by anyhow.

Share this article if you can see humanity from another world!

Boredom: why is it bad for your dog?

Dogs Abdo - August 25, 2020 0
Boredom is usually a guest of dogs who live in an “impoverished” environment: those without enough stimulation. ⠀ If a dog’s life is a never-ending Groundhog...

A break from training

Dogs Abdo - August 25, 2020 0
Researchers studying dogs’ learning abilities came to a curious conclusion. ⠀ 🐶If you want to form a strong skill that will last for a long time,...

Wean your dog off sleeping in your bed