The Balloon release is very dangerous for animals. Be aware that the balloon you through away can harm thousands of animals. One morning in Texas, The patrol member with Turtle Island Restoration Network, Justin Williams, was walking on a beach in Surfside. Then, he saw something existing right beside the ocean.

So, he approached it and noticed that it was a young Kemp’s ridley sea turtle. Moreover, the turtle was tangled with a thick clump balloon strings around her neck. A red balloon was hanged. 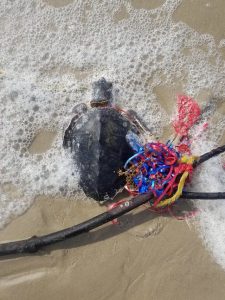 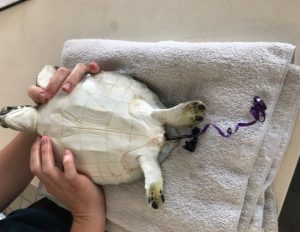 “She was pretty worn out,” Williams said. “Sadly, there were quite a few balloons out there on the beach … I also found a dead pelican wrapped in them.”

Williams immediately cut the strings and took the injured turtle to a local turtle rescue center. She will survive, but will always suffer from the ring of scars on her neck that happened after being tangled for probably years.

Sadly, this turtle is just one of many animals to be a victim of this unusual kind of litter. It’s popular to be let out into the air during parties, balloons make their ways into ocean Moreover, hurt or kill marine animals. 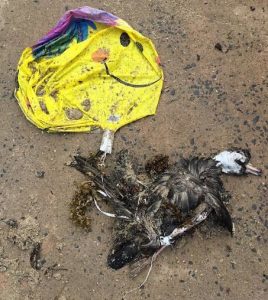 A recent report from Ocean Conservancy has ranked balloons as one of the top three deadliest forms of litter, only behind discarded fishing nets and plastic bags.

However, when balloons pop, the pieces can seem similar to jellyfish or other fish that sea turtles eat. The ribbons can also become wrapped around animals as they swim in the water. This might prevent them ability from moving or eating freely.

“It’s common for turtles to be found emaciated, sick or dead, only to find out later after X-rays or a necropsy that they’ve ingested a balloon,” Nick Mallos, Trash Free Seas program director for Ocean Conservancy, told The Dodo. “Fragments or even balloons with the ribbons still attached have been found in their GI tracts.” 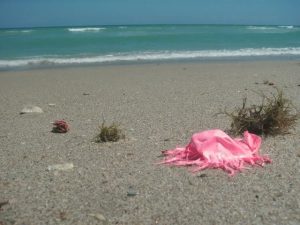 Even if balloons are far away from oceans, they usually end up there. They also get tangled in trees, where they can harm birds and other forest animals.

“Balloons have been found to travel hundreds, even thousands of miles,” Mallos said. “There have even been reports of balloons released in the UK ending up in Australia and Hong Kong. People’s intentions may be to celebrate something, but it’s really a point of pollution.”

Danielle Vosburgh, the founder of South Florida-based nonprofit Balloons Blow, has stood against balloon release for years due to the danger they pose to animals. She usually arranges with companies all over the country who have planned balloon releases to help them find alternatives. 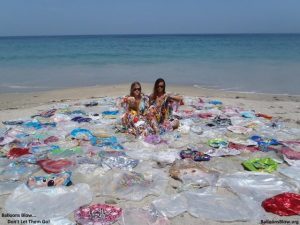 She has also spent the past 20 years cleaning garbage from the shores in Jensen Beach, Florida. In 2013 alone, she collected over 1,500 latex and mylar balloons that had washed up.

“The balloon industry markets them as being biodegradable, but they aren’t,” Vosburgh Stated. “It’s the only industry that encourages people to litter with their product — and once it happens, those balloons last a very long time.” 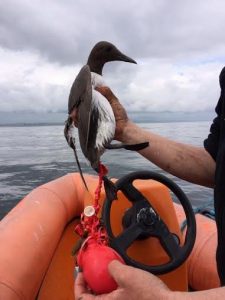 To know how long a balloon release can stay in an environment once it deflates, Vosburgh tied one up to a tree near her home over six years ago. Despite the Florida heat and intense tropical storms, the balloon is still as it is until this moment.

“Our garbage shouldn’t outlive us,” Vosburgh said. “People are turning the environment into a landfill, and it’s mainly the animals who are being harmed.”

Unfortunately, it’s not just citizens responsible for balloon releases. Clemson University, in South Carolina. For example, releases hundreds of latex balloons into the air at the start of each home football game. 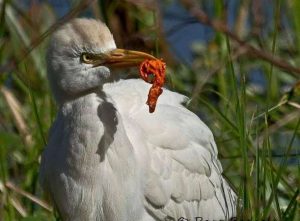 However, some towns across the U.S. have already recognized the long-lasting impacts balloons have on animals and the environment and have banned the sale and release of balloons altogether.

Luckily, Vosburgh has noticed that more people know about the effects of balloons. This can only mean good things for animals.

Likewise, Mallos suggests searching for alternatives that are recyclable, reusable and causes no harm for the environment, to stop the use of balloons altogether. For example, streamers or banners.

“There are plenty of sustainable alternatives to balloons,” Mallos said. “If you’re looking for that same orb-like effect. Try paper spheres instead. They serve almost the same purpose, but they can be saved and reused. However, biodegrade pretty quickly if they do happen to get loose.”