Aren’t dogs just angels on Earth? You may have heard of dogs crying when their owner passes away. Or about a dog returning to the grave of an owner? But have you ever heard of a bereaved dog attending mass every day? Such is the case for Tommy – a bereaved dog who is often seen in a church in the town of San Donaci present near Brindisi in Italy.

Read: Man Adopts 45 Dogs And Sets Them Free On His Four Acres Of Land

Tommy is a 7-year-old German shepherd and was the beloved pet of Maria Margherita Lochi – a 57-year-old woman. Tommy was found in the field, abandoned. Maria adopted him and they developed a very formidable bond. 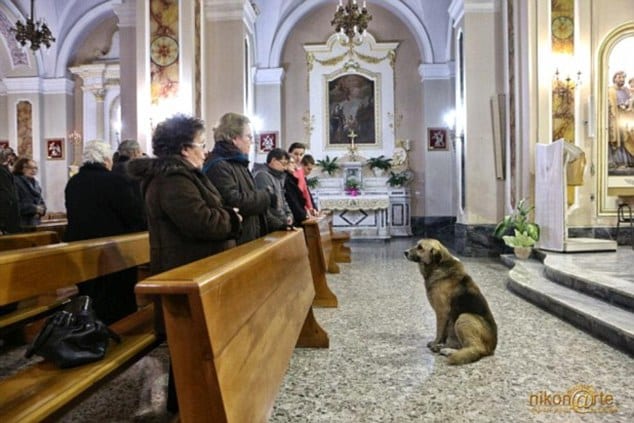 But then, death does not care for anyone. One day, death struck Ms. Lochi and took her away. The bereaved dog, Tommy, was left behind all alone. Tommy did not know where to go or what to do after his owner’s death. The last location that Tommy spotted Ms. Lochi was in the church. There he was attending her funeral. 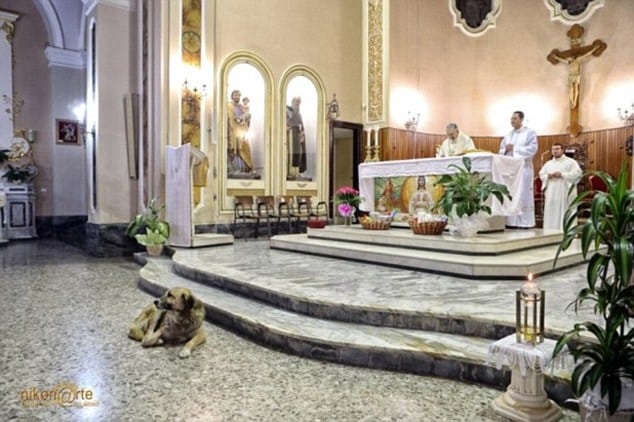 And now, the dog goes back to the same church once the mass bells ring. He hopes to get another look at his mistress. He doesn’t leave until Mass ends.

Read: Family Dog Dies Of Heatstroke For Disregarding RSPCA Warning About Rise In Temperature For The Day

The story of Tommy is known by everyone in the village. They really grieve the death of the mistress of this bereaved dog. Sadly, death cannot be stopped. What they did instead was to adopt Tommy. Yes – the whole town has adopted Tommy. They think that Miss Lochi would have wanted something like his. 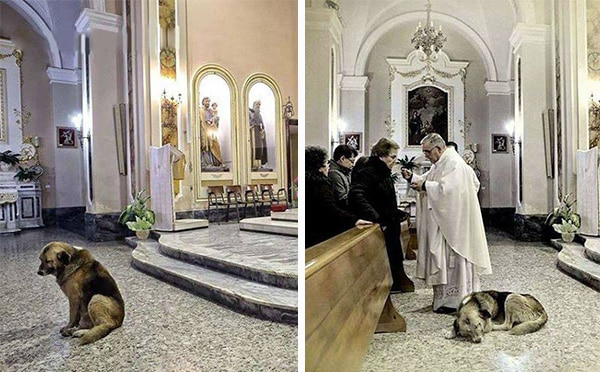 Tommy is now a loyal buddy of everyone in town. They are always waiting for the return of the bereaved dog in their church.