If you are in a major sports event and the camera shows you on the big screen, you are overjoyed. You will probably pull your cell phone out and call your loved ones, telling them about the big day. You would play replays of the match just to see yourself on the television screen – those few seconds of fame mean a lot. The excitement is just too much.

Read: Firefighters Get Help From Dog Passing By And It’s The Most Amazing Thing Ever!

Well, the good thing is – the excitement is not limited to human beings. Even dogs are in on it. A border Collie named Kirk was in the Purina Pro Plan Incredible Dog Challenge of 2017. These dogs are athletic and they are very intelligent. And the best part, they could probably recognize themselves if they were looking at them. 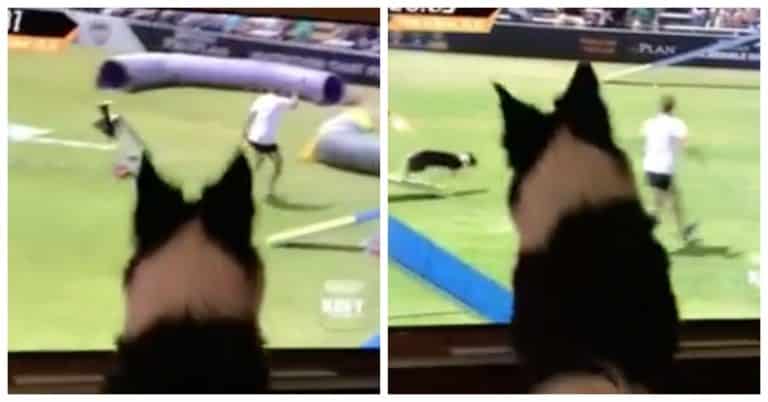 That’s what happened to this amazing dog. She set a record in the event and naturally stole the spotlight of the show. The camera had been following this amazing dog for quite some time. She had run over obstacles, got through the most difficult hurdles, and came in at a great position after everything. But what was more exciting for the dog was to watch herself on TV. 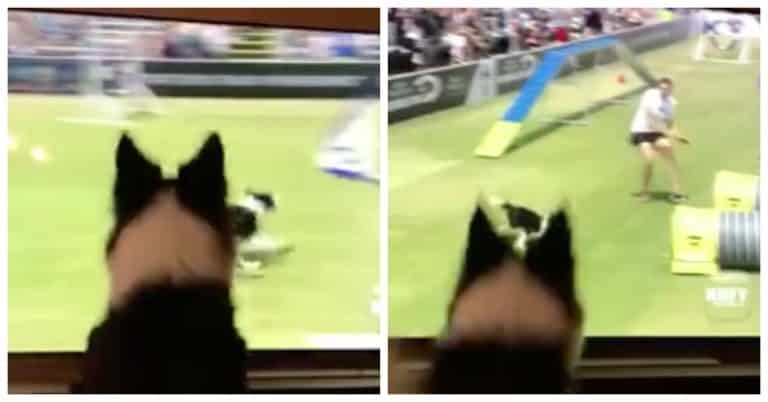 When the replay of the sports event was happening, this amazing dog got glued to the television set. She relieved every bit of that excitement of going up and down the hurdles. Her reactions were amazing. The video has gone viral once before and people are making it viral again. As they say, old is gold. And since this amazing dog and her reactions are just priceless, we can’t deny that the viral effect is worth it.

Read: German Shepherd Erupts In Joy On Seeing Ocean For The First Time

Her owner Channan Fosty loves Kirk and had posted the video of the amazing dog online.