In an unfortunate turn of events, a woman from Florida lost her beloved dog after it went missing along with her car in Oakland Park. Five days later, the disabled dog was found dead.

Zorra, a husky-shepherd mix was inside the 2005 Volvo station wagon which had been abandoned near Lauderdale Lakes.

Read: 10 Dogs Get A New Life Thanks To PETA: The Heart-Wrenching Before And After Pictures Of Rescue Dogs

Wanda Ferrari had left Zorra inside her car as she went for a quick buy from a Dollar Tree store on October 3, 2019. She left the car running and the air conditioner on for Zorra. When she returned, she found both the dog and the car missing. 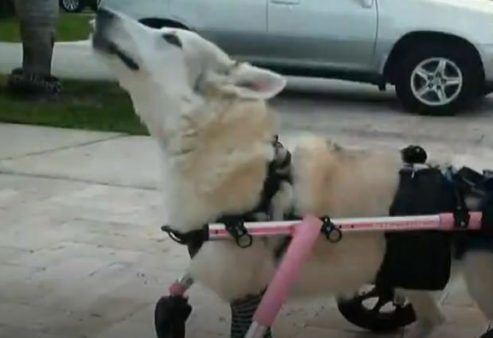 The dog was her faithful companion and a source of love and joy. Ferrari was dependent on Zorro as she herself came to terms with her breast cancer relapse. The husky, in turn, relied on Ferrari as it was paralyzed and used a pink wheelchair to move around.

NBC New York reported that the Broward Sheriff’s Office got a report on the car from a towing company on October 7. The sheriff’s office confirmed the report and also mentioned that the disabled dog was found dead. There haven’t been any arrests yet.

A distraught Ferrari could not believe that someone would steal a car with a dog in it. She was sure it was a mistake. In a message just after the car went missing, she pleaded to the responsible person to return the dog to her as it has been her whole life. They had always saved and protected each other.

The rescue group based in Everglades, Florida, 100+ Abandoned Dogs even put up a $2,000 reward with “no questions asked’ for the return of Zorra and even appointed a detective. 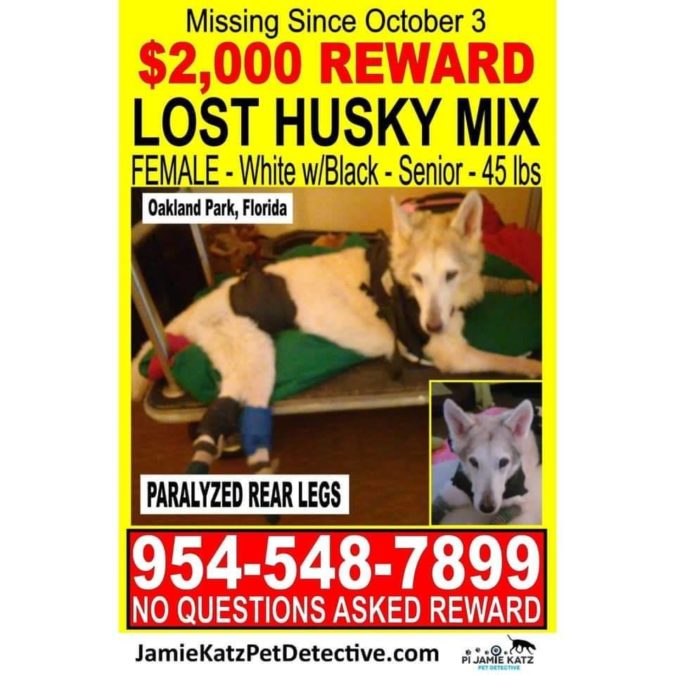 A missing poster was shared by the organization on its Facebook page with a detailed description of Zorra.

A saddened Ferrari recalled that her first reaction had been one of shock. She could not believe that someone would take her car knowing that there was a dog inside. She was devastated when she finally got the news that the disabled dog was found dead.

Her plea on the Facebook page was taken up by many people who had hoped for Zorra’s return.

Ferrari is hopeful that justice will be served. But she cannot come to terms with the fact that her beloved Zorra, the disabled dog was found dead.

Investigators are waiting for the autopsy reports to determine the cause of the dog’s death.