In a shocking incident, a CCTV camera recorded a dog chasing the vehicle that left her there. Honey, a Labrador-mix, was faced with an uncertain future when her owners abandoned her unexpectedly.

In this heartbreaking video, we see an SUV pull up next to a driveway then proceed to park into an area nearby. A woman leaves the SUV and moves toward the trunk. The woman places a blue towel on the ground and returns to the trunk. We see the dog jump out after which the woman shuts the door and proceeds to enter the car. While sniffing the road, the dog enters the bushes. Seeing this, the owner leaves the dog and the SUV then accelerates far from the scene. 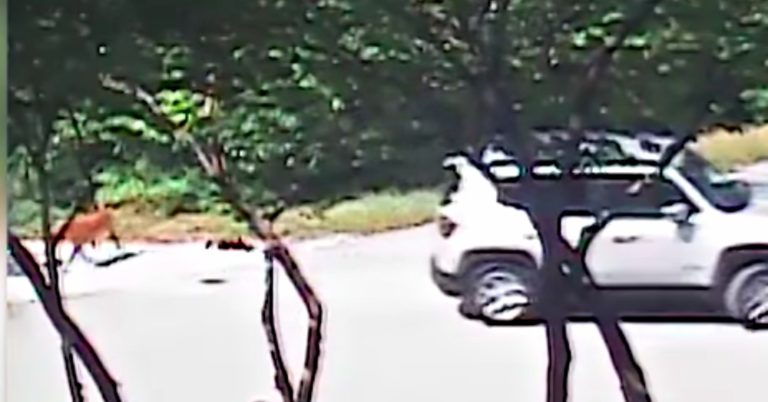 Read: This Brave Dog Rescued His Little Cat Friend From A Burning House, He Is A Hero!

We then see the dog chasing the vehicle at a fast pace. As soon she realized that her owners had taken off, she rushed behind them. The whole incident was captured by a CCTV camera when Glenn Blake was sitting behind the screen. He witnessed the incident from behind the camera and called the police. The dog was then taken to an animal rescue center in Springfield.

Honey was dehydrated from her intense running session on a very hot day. She was placed in a foster home that’s very loving and caring. Our beautiful lab is getting better, she loves to play with her other fur siblings too. In the hope of adoption, multiple applications have been submitted. You can even find them online. We hope for her to find a home soon. 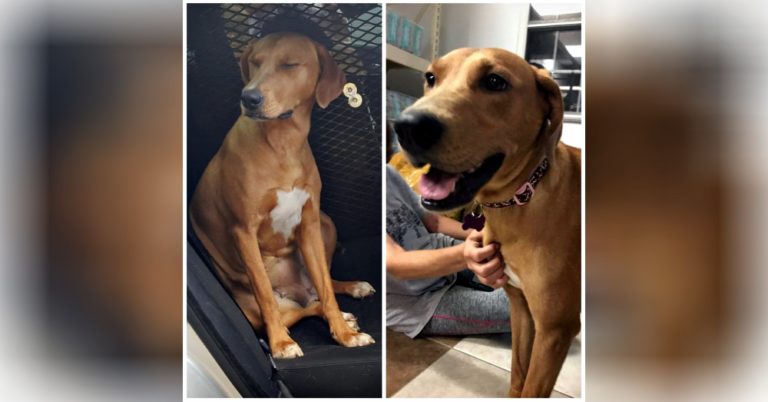 Read: Beaten Up Homeless Man Passed Away With The Dog Beside Him

The owner who abandoned this precious dog was rightly prosecuted. Her name is Ashley Nicole Devine and she is 26-years-old. She was charged for misdemeanor, neglect and abandoning of an animal, as the law prohibits you to abandon your pets in Missouri.

It was a heartbreaking sight, the dog frantically chasing the vehicle after being dumped. If one cannot handle the responsibility of a pet then they should put them up for adoption. Abandoning your pet is unacceptable!