A 54-year-old woman was arrested after surveillance camera outside a Napa Auto Parts outlet captured her dumping 7 pups into a trash can outside. A homeless man foraging through a trash can was surprised to hear faint cries coming from the packets dumped moments ago by the woman. By that time, she had driven off in a white Jeep. To his shock, inside the clear bag were 7 newborn puppies. 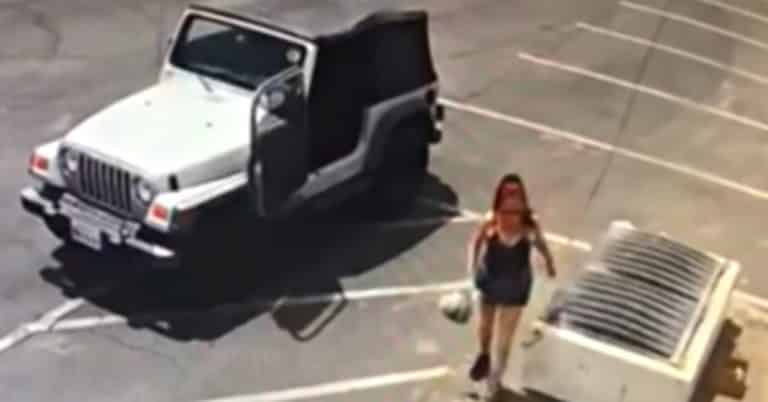 With temperatures crossing 90-degrees in the city of Coachella in California, the puppies would not have survived for long in the scorching heat. The homeless man, John, left the 7 newborn puppies at the store. The employees contacted the Riverside County Animal Services.

Commander Chris Mayer praised the prompt reaction of the homeless man. He said that his action probably saved the lives of the 7 homeless puppies. He termed his response as “humane and heroic.” 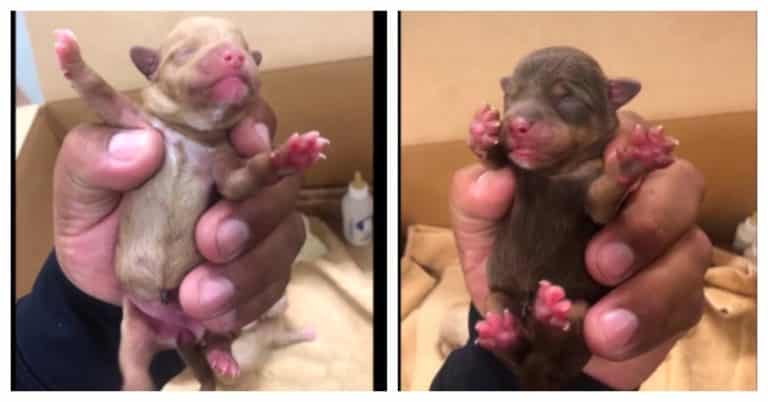 The puppies were malnourished and dehydrated. The shelter said that the terrier-mix puppies were barely days old. MeoowzResQ, an animal rescue, took over from RCAS and continued with the essential care including bottle feeding for all the 7 homeless puppies. They will remain there until they find their forever home. 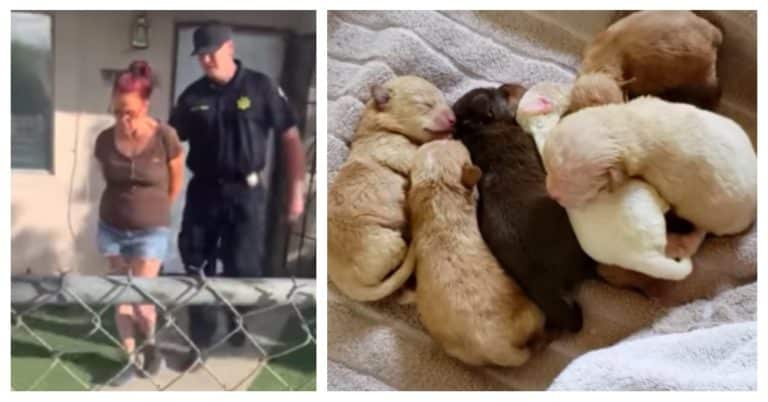 The footage from the surveillance cameras went viral and the cruel woman was finally arrested. Police picked up Deborah Sue Culwell, from her home in Coachella on Monday. She was detained after police managed to trace her based on the number plate of the Jeep seen in the footage. The police hope to trace the mother and reunite her with the puppies. Meanwhile, the police have charged Culwell with 7 counts of animal cruelty, which is a federal felony.

Commander Mayer said that there can be no valid justification for dumping the 7 newborn puppies. There is always the option of shelters like theirs that would be keen to take them in and find permanent homes. He found the act shameful.