Some dogs, like many people, think that winters are best spent indoors, especially if there is a carpet of snow outside. Though the first snow might bring along much merriment and joy for children, not all dogs share in the fun of playing in the snow. This endearing bundle of joy doesn’t think playing in the snow is amusing. A few steps into the snow and the Chihuahua scampers back to the safety of her home.

Billy the Chihuahua lives in the Canadian city of Ottawa and is used to seeing snow every year; though she seems to intensely dislike it. She loves the outdoors and begs her parents to be taken out every day. And after the first snow each year, her mom delights in pranking her. 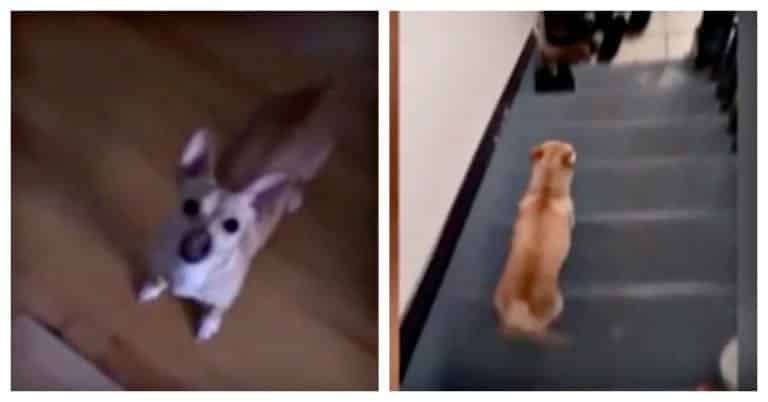 This year they decided to record the Chihuahua’s theatricals. As she does every day, Billy leaped around the door, desperate to be let out. She had no idea that the yard was not the same lush greenery she has seen yesterday. As mom asked her if she wanted to go out, Billy jumped in excitement. Mom opened the door and she rushed out only to run into the snow outside. Just a few steps into the snow and she realized that she had been tricked. The disappointed Chihuahua scampers back and rushes upstairs. 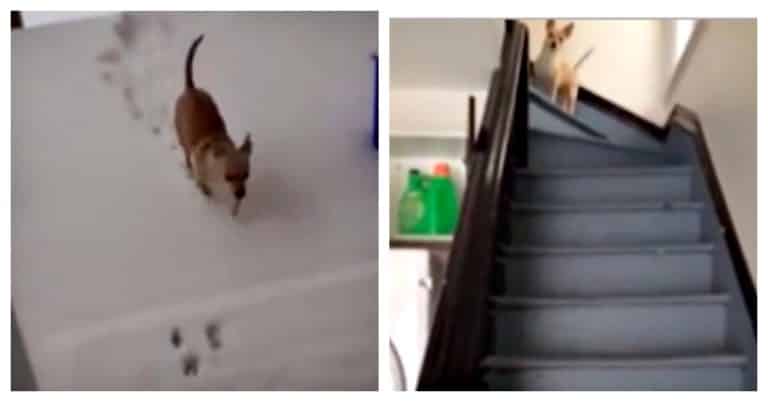 She immediately turned and rushed indoors. She rushed past her amused mom and rushed straight upstairs, leaving a track of snowy footprints in her wake. Halfway up the stairs, she turned to make sure that she hadn’t made a mistake. Her mom playfully tried to persuade her to go out but Billy was running in the opposite direction to the safety of her room. 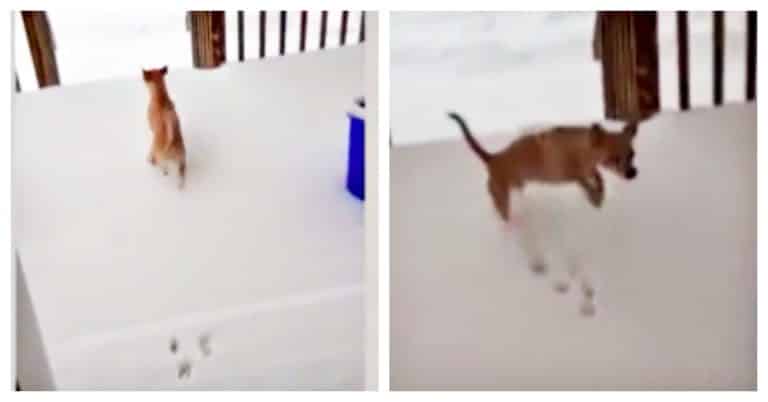 Mom said that Billy loved the outdoors but intensely disliked the snow. Every year it is the same ritual after the first snow. The poor Chihuahua scampers back each time after seeing the snow-covered yard. She’d rather be within the warm confines of her home. But she isn’t alone and there are many among us and also our four-legged friends who feel the same way and would instead love to have the sunshine shining on our shoulders.