When we want to change our hair style, we search for the trend one on social media. I mean, I  always look for the hashtag “Hair Goals” overtime before making an appointment with my hair stylist.

Finley is a 3 year old Springer Spaniel that has the hair of your dreams. His all-natural hair went viral on social media as it is really wonderful more than any styled hair.

People are jealous of Finley’s hair and they envy him for it. He has the best beach waves that people die for! So, this dog has more than 12k followers on instagram. And his nickname is “Finn, creator of hair envy.”

Finley’s owner, Rebecca said, “It all started when he was six months old with a mohawk, then as he grew – his hair did too.”

Rebecca admitted that Finley is getting compliments on his look always. Also, many people stops him and say that “he looks like a rockstar.”

Rebecca also said that, “He has been compared to Brian May from Queen and John Lennon.” 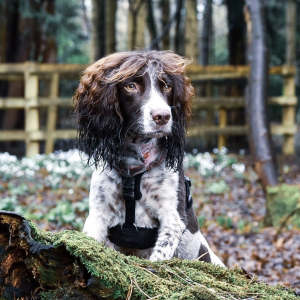 She also admitted that she loves her dog’s unique locks. “I absolutely love it and so do other people, we get stopped every time we are out in public.”

Due to his doggy good-looks, Finley has been able to launch a successful career as an influencer.

She has stated that Finley has got loads of free products, such as toys, collars, and beds, which he then promotes on his social media profiles. 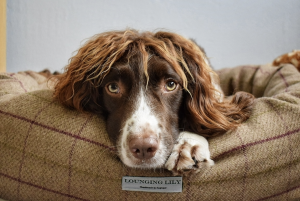 definitely, Rebecca uses the gifts well. She gets just what her dog wants and give the rest to shelter animals.

Therefore, what is the secret behind Finley’s hairstyle? Rebecca says that there is no special thing it’s just his nature. She brushes his hair every day, and drives him to the groomer every 6 months. As simple as that!