At Mass, Padre Joao Paulo de Araujo Gomes usually has a remarkable companion. The Padre always has a dog on the church altar beside him every Sunday among the congregation.

It may seem a minor act but one which makes a great difference for these dogs of Gravata. Gomes always has loved dogs but it is as if he had begun a new chapter after he arrived as a priest at Paroquia de Sant’ana Gravata in 2013. 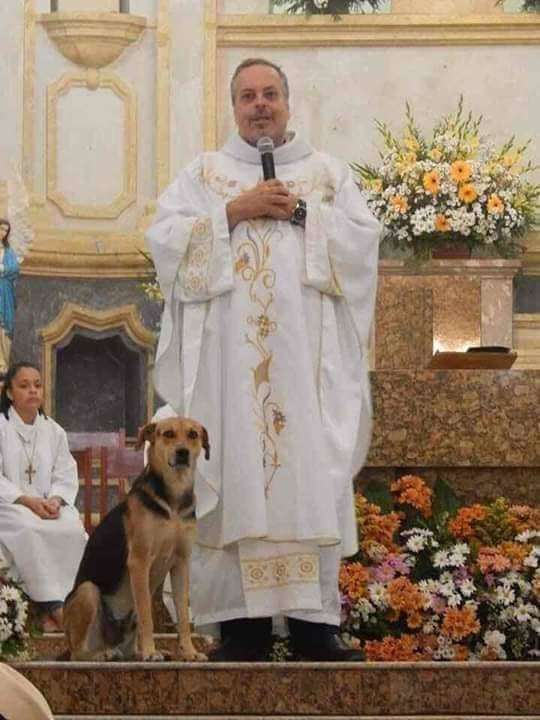 It began when some local people came to him to sell cookies to fund a project that looked after stray animals. He readily invited them to promote and sell the cookies during mass and also began to take part in the project of their NGO.

Read: Wiley The Dalmatian Wins Everyone’s Heart With A Heart-Shaped Mark On His Nose 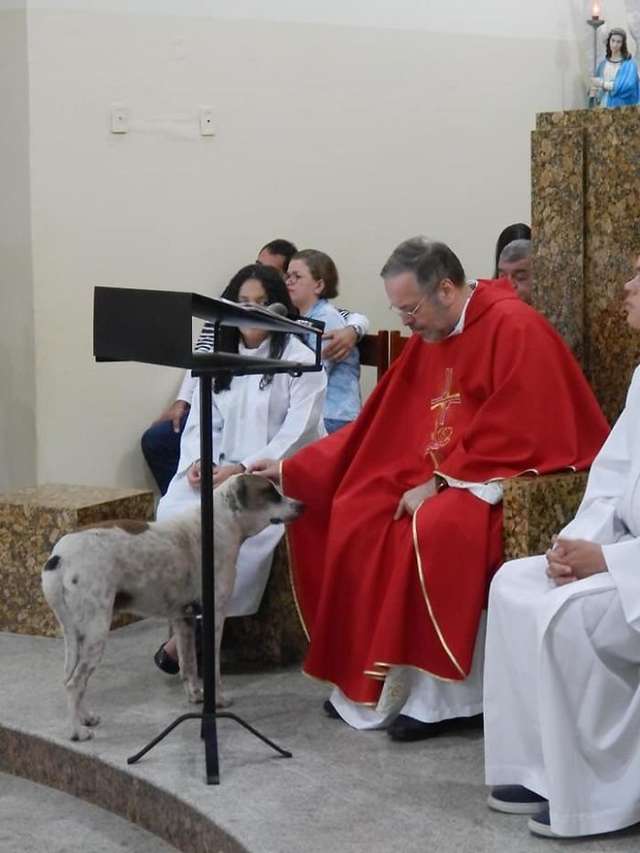 The Padre learned more about other neglected animals that live in difficult conditions throughout the city. He let them inside during church services to help them out. Setting an example he began to welcome the strays into his home and made arrangements to treat the sick and injured dogs himself. Life may have given them a raw deal but they have survived and responded with courage. Their love is unconditional and that is all they want in return. 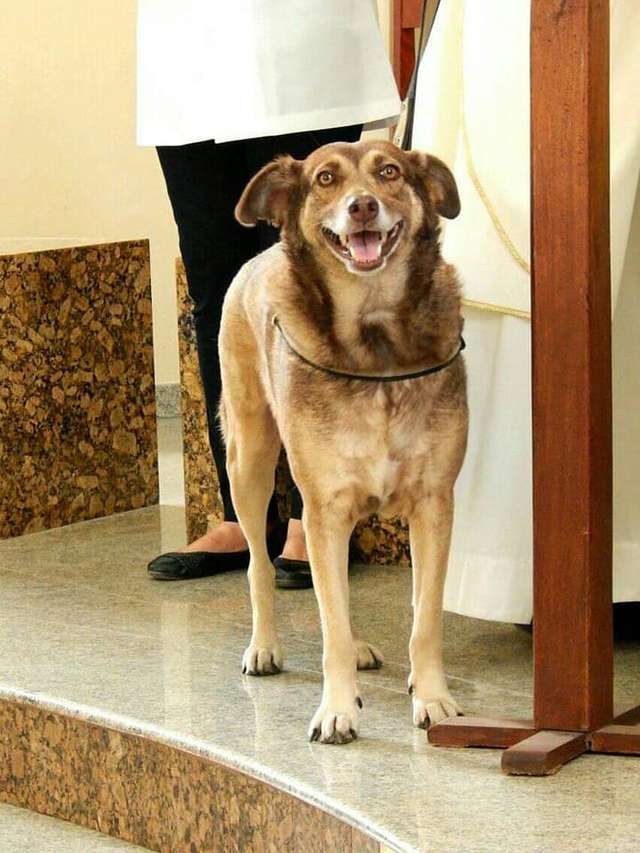 Gomes and his band of volunteers have even made arrangements for food and water for the strays. With the help of volunteers and the NGO, he began to arrange for adoption for these strays. Gomes believes that what he does is only a little when compared to the unflinching devotion of the volunteers in helping the stray dogs in their struggle. 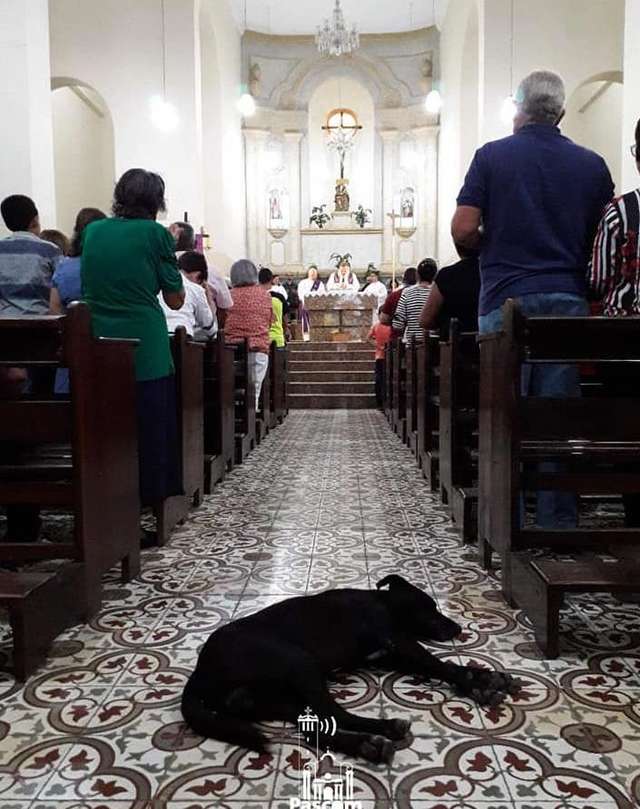 The love and care that Gomes has shown towards the strays have secured him lots of love and interest in the plight of the strays on Facebook. This was after the picture of the stray dog on the church altar sitting beside Gomes during mass went viral. The Padre is hopeful that his unusual gesture will inspire people to respond. Love for all Gods’ creatures is a genuine way to show our love towards God and humanity. While the world is torn apart by violence, compassion towards all creatures of God is the true way to bring peace on earth.

With Gomes around, the strays of Gravata have nothing to fear and are assured of shelter. The dog on the church altar proves that it is the house of God and all creatures are the children of God and will always be welcome here, says the Padre.