Every animal can suffer from some form of anxiety. It’s quite a natural mental problem for an animal to go through anxiety, especially when they face something traumatic. However, that’s the time when they need friends. Many times, dogs have been found to be a wonderful friend of people when they are going through anxiety. After all, they are man’s best friend. But then, what about the friends of dogs? 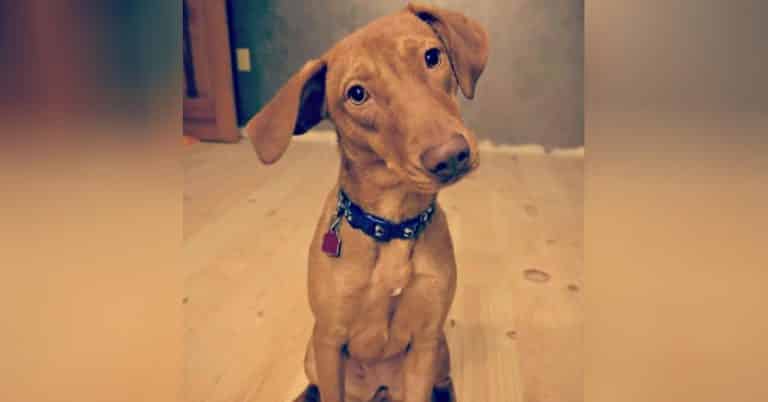 Well, it turns out that a cat can be a friend of a dog too. That’s what happened to Joule. Joule has a tendency to get very anxious. She is a rescue dog whom Brenna Eckert has found from a shelter. And being a rescue dog, fear and anxiety came with him. Who knows what trauma he may have faced in the past! When Breanna is home, the anxious dog needs them to be with her all the time. 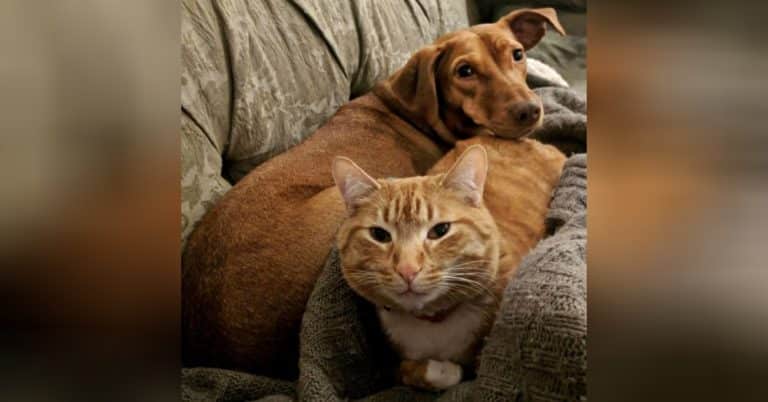 However, when they are not at home, the anxious dog gets the worst of her condition. But that’s when the ginger cat, Kelvin, takes care of him. After Joule, the family also took up an orange tabby and named him Kelvin. Turns out, Kelvin loves Joule to bits. 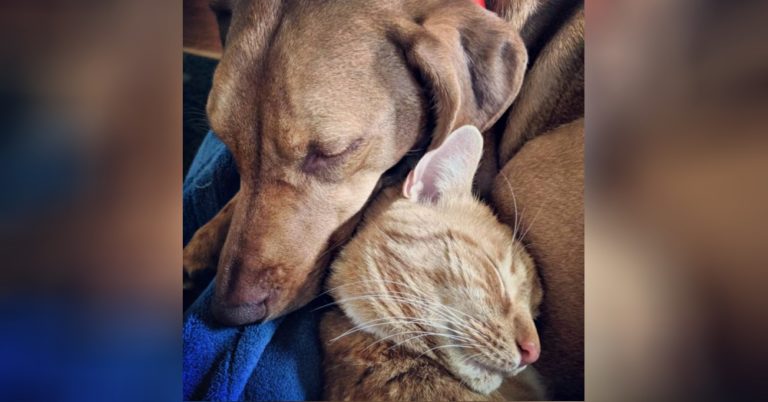 Once they met, Kelvin started to develop a bond with Joule. Before Breanna could show him anything, Kelvin began to take care of the anxious dog, especially during her anxiety. There are cameras all around the house so that Breanna can check up on her anxious dog when she is not around. So, one day, when she came back and played the footage, she was surprised. 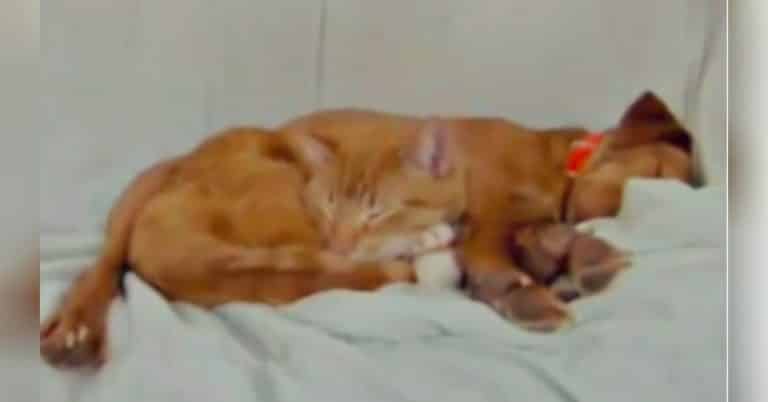 Kelvin seems to snuggle up with Joule and then soothe her. She kept doing so for the entire day until the anxious dog calmed down. This kept on happening every weekday, for 8 hours. Breanna saw that Kelvin took her place to calm Joule down. They both have developed an amazing friendship, though the anxious dog starts to incline towards her parents when they are around and ignores Joule.

Read: 9-Week-Old Kidnapped Puppy Recovered And Brought Back To Animal Services In A Very Traumatized State 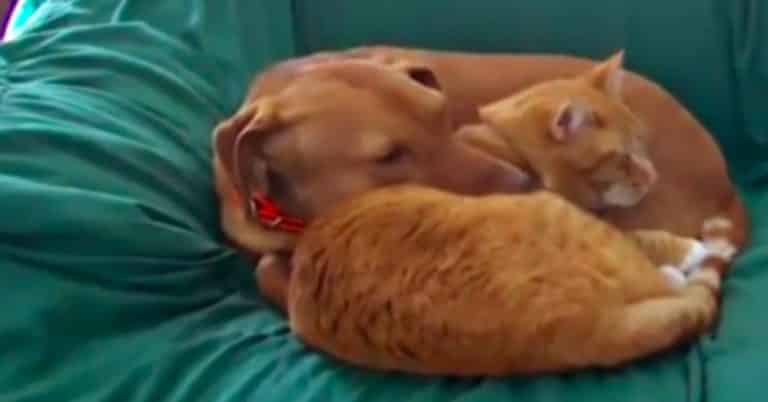 It seems like when Breanna goes away, Kelvin, too, feels lonely. And so, their morning cuddles are a testament to a lot more. It’s a friendship forged out of need.

The cute video of this duo is sure to make a mark in the internet crowd.