Changing the identity of a species has proved costly for a cafe in the city of Chengdu in southwestern China. This Chinese cafe came under attack for painting a Chinese breed of dogs in a way that they resembled giant pandas. It even offered a dyeing service to customers to have their dogs painted. This city is not far from the home of the giant pandas.

The dogs in disguise even made it to the video section of the state-run People’s Daily. These fluffy dogs became a hit on Weibo, the Chinese version of YouTube and also caused widespread resentment among many viewers.

The transformation did not come cheap. Painting each dog costs around 1,500 Yuan ($212). Huang, the owner, said that the Japanese dye was harmless to the pets. 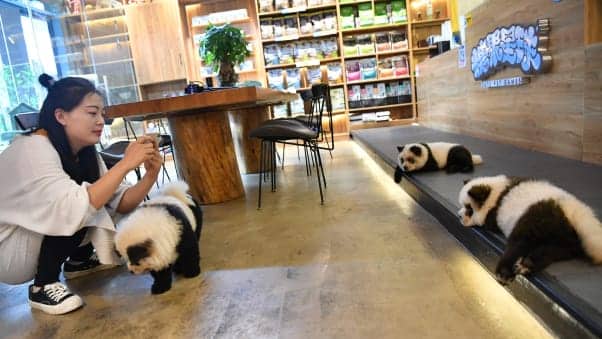 He revealed that the imported dye cost 800 Chinese Yuan each ($113) and it takes a whole day to dye just one dog. Li Diabing, the director of the West China Animal Hospital, said that proper dyes do not cause harm, though he did not endorse the idea of coloring animals, as reported by Global Times.

The pets are seen wandering around the cafe, looking like pandas, as the customers are encouraged to reach out to them as they enjoy a meal. 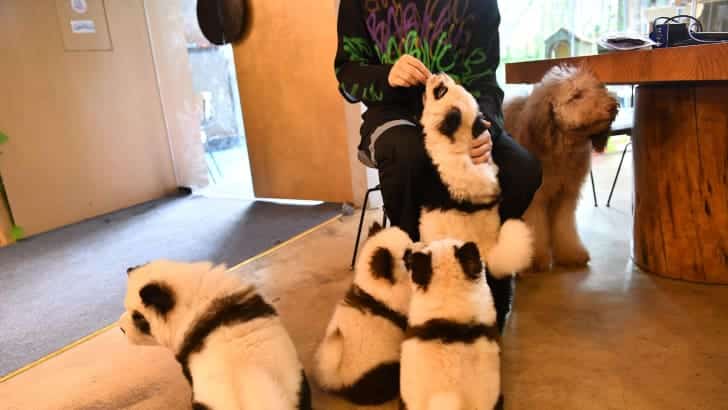 But the video showing the dogs painted to resemble the Giant Panda evoked a reaction which the cafe owner had not expected. Pet lovers who viewed the video were angry and expressed their resentment. One viewer thought that this could have hurt the pets while another decided that this was not the way to treat a dog. China has often gone for such bizarre fads and such trends were perhaps inspired by the American fashion of painting poodles to resemble other animals, reports the Telegraph.

Animal activists were up in arms as they contended that using dyes on animals could harm them. PETA, the People for the Ethical Treatment of Animals even pointed to a case where the use of similar dyes caused burn injuries to a dog. 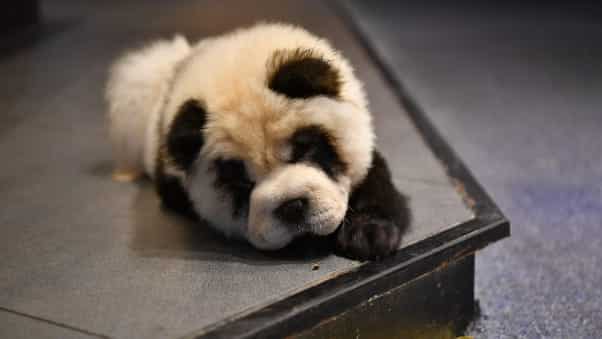 PETA pointed out that such unnatural products do nothing to better the dog’s well-being and health and thus should be banned.

This wasn’t the first time that such a thoughtless experiment was carried out on an animal. This kind of coloring was done before in China to make pets resemble other animals. In 2016, dogs painted to resemble miniature tigers were exhibited. They were dubbed ‘tiger dogs’ but sadly died within a week of being painted.

This kind of unethical treatment towards animals for the sake of a show needs to stop.