A distraught couple has revealed the trauma that they underwent when their dog almost lost her tongue in a freak accident involving a rubber toy. Distressing images show the ordeal what the poor pooch named Poppy underwent as she lost large pieces on either side of the tongue. A part of the dog’s tongue had to be cut away as the tissues died after being caught in a rubber ball for a long period while the couple was away. 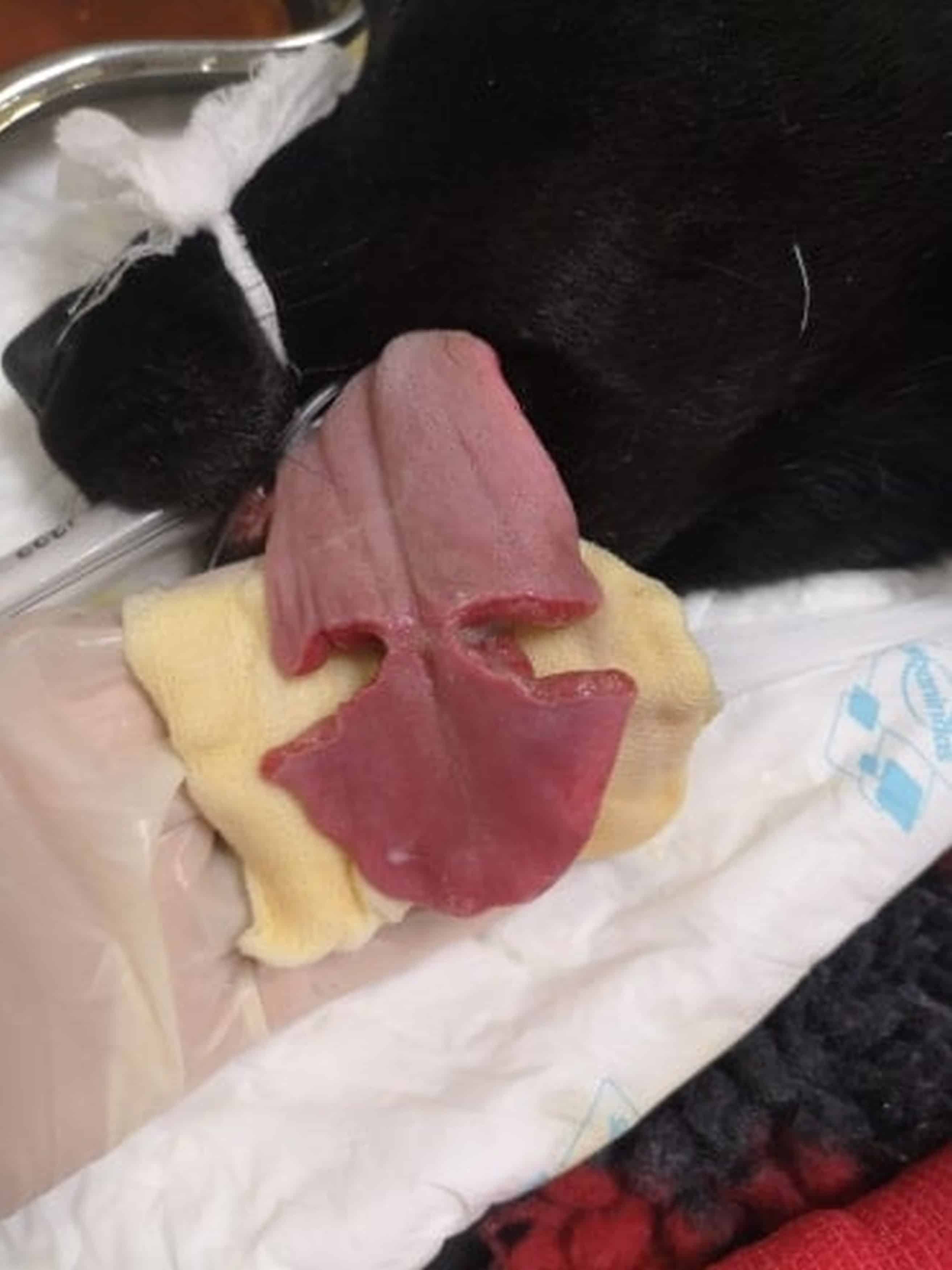 She could not drink or eat without a lot of pain after the accident last month at her home. James and Helen Hartley brought her to the Foxhall Veterinary Clinic. Doctors at this Ruskington, Lincolnshire clinic noticed tissues in the affected part had died.

The couple had come back home to find that Poppy had accidentally stuck her tongue into the air vent of a rubber ball. They managed to extricate the ball out of her mouth but noticed something disconcerting. In spite of seeming normal, she seemed to act strangely. They decided to take her to a vet.

Nurses at the clinic spotted that the lower half of Poppy’s tongue showed a red mark where the toy had stopped the flow of blood and it was swollen. Further, the dog’s tongue was warm and discolored. Poppy was pleased to get her treats and was given some medication to lessen her swelling. She was checked in for everyday examination. 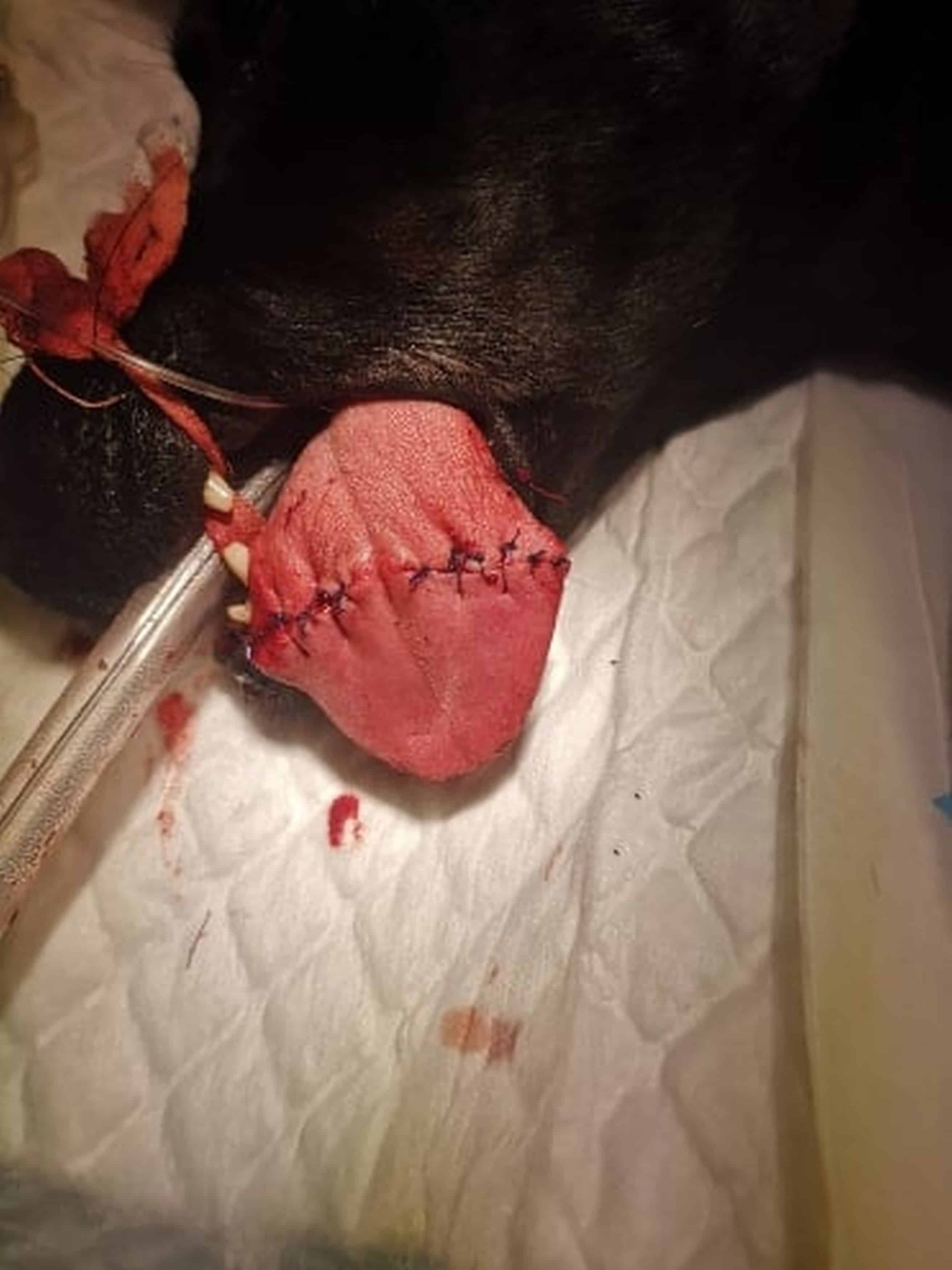 However, the dog’s tongue started to bruise around the red marks and it started to rot with white plaques forming. The constant pressures on her tongue had caused the tissues to die away and the doctors had no other option but to cut away the affected portions of the dog’s tongue. Her tongue was sutured.

The operation was a huge success as Poppy began eating and drinking immediately after her operation. 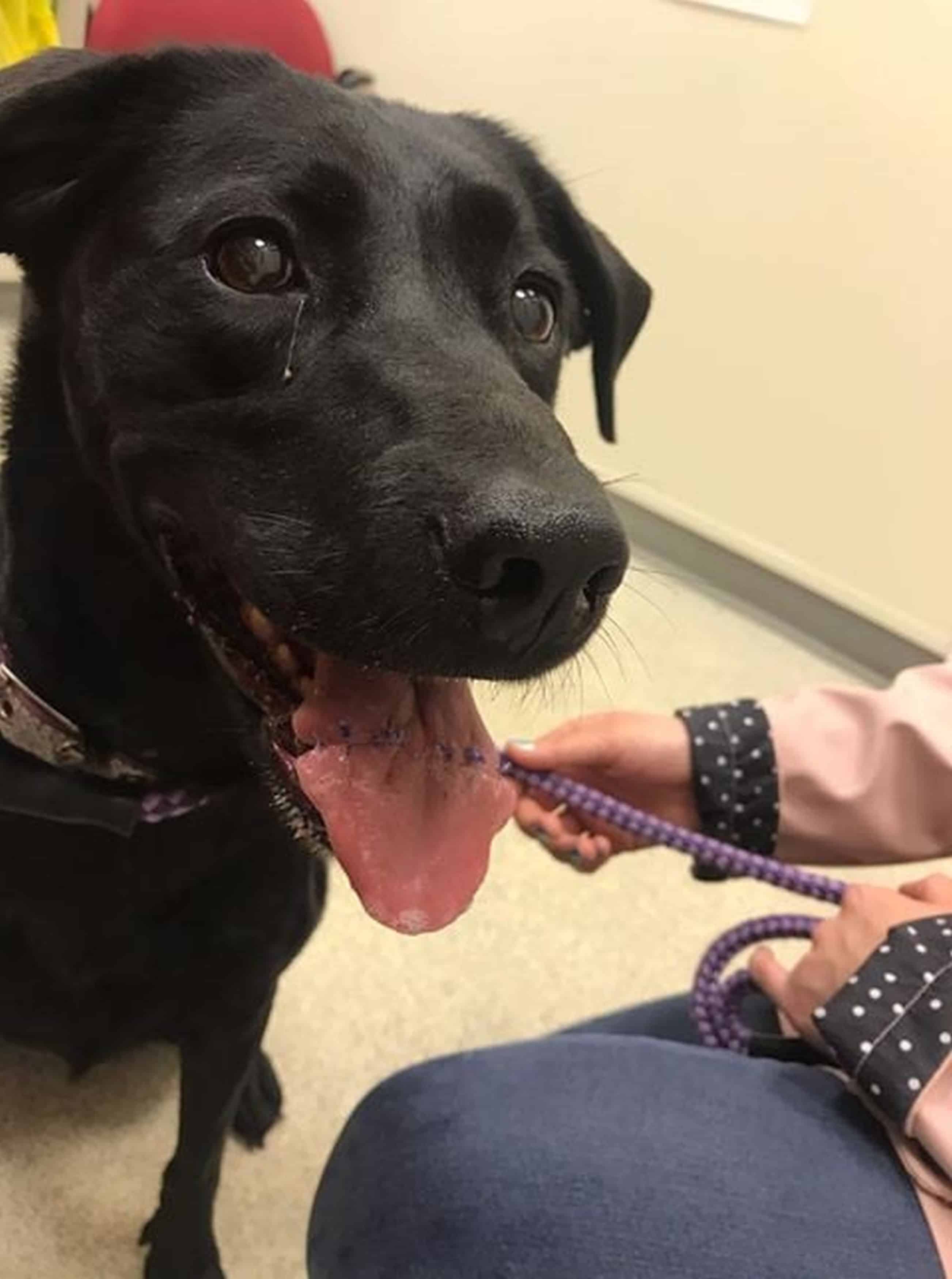 Helen was thankful for the help rendered by the doctors and other staff at the clinic and for looking so well after Poppy. She said her family and especially Poppy were lucky to have got such a dedicated team and it was the most that they could have asked for.

Poppy sent the staff lots of sloppy kisses. The dog’s tongue has healed and Poppy in now well on her road to recovery. The staff at the clinic had grown attached to Poppy and misses her daily visits. Poppy’s owners wanted to share her story to highlight the danger posed by seemingly harmless toys. It also demonstrated the dangers of leaving pets unattended at home with toys.

Read: This Dog Does Not Go Anywhere Without His Look-A-Like Stuffed Toy In His Mouth

Even toys can do much damage as the dogs are unable to judge the dangers they pose. So, always keep your pets supervised.