Erika Poremski was living in her home in Baltimore. Generally, electricity problems are not an issue in Baltimore and the surroundings but emergencies do happen. However, Erika was not quite prepared when the sudden ‘power out’ took place. Plus, she was alone with her protective dog Polo and her daughter Viviana, who was 8 months. Erika did not know that a storm was incoming. And so, when the storm came in, the electricity went down.

Erika did find some candles around and lit them up. It was a tumultuous night in the storm with her protective dog and daughter. But Erika needed to make a phone call too. When he flipped the phone out, she found out that it did not have enough charge. She needed the emergency call and the only charger she had was the car charger. So, she immediately rushed out of the house to charge her phone. 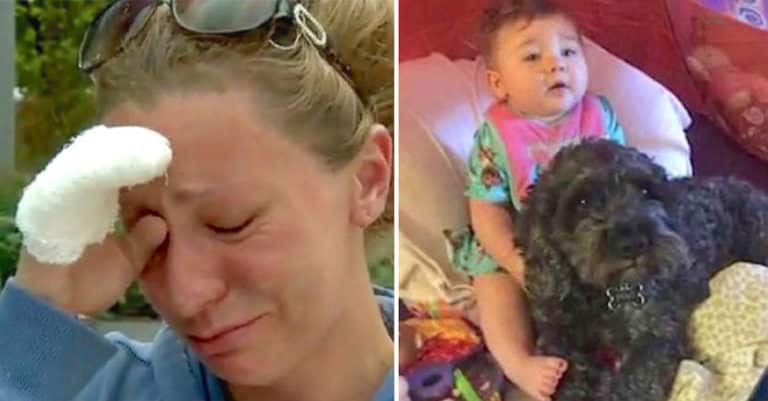 As she was plugging the phone into the car charger, a horror came forward. The house that Erika left was on fire. And inside was her protective dog and her baby, Viviana. She hurried back to the house and tried to get inside. But the belching smoke was too thick. Erika was not able to get in and she singed her fingers. She tried to grab the railing to get to her daughter, but it was impossible. There were neighbors who came around to help her but they couldn’t help either.

Firefighters came in a few moments and started to burst inside the house. They knew that Viviana had to be saved – the daughter was the top priority. Erika, by that time, had given up all hope. She was waiting in grief for the terrible news to arrive. But then the firefighters came back with the crying baby. She was safe. But there was no Polo.

It turned out that the protective dog had actually covered the baby when the fire started. In the process, Polo received life-threatening burns and died in the process.

The protective dog had saved Viviana from sure death.