At times, we believe that only we are capable of expressing pure exhilaration. This video will make you believe that exhilaration can be expressed by dogs too. Hershel, a German shepherd, was denied the fundamental need of a living being, a free will. The first 5 years of his miserable life was spent locked away in a cage or chained to a post. His cruel owner had kept this large dog confined when instead he needed a lot of space to expend his boundless energy. So, in the video, when the German shepherd erupts in joy on seeing the ocean for the first time, it gives you both hope and pleasure. The satisfaction of someone getting back their life is indescribable and it has been made possible thanks to a few people who care.

Read: 9-Week-Old Kidnapped Puppy Recovered And Brought Back To Animal Services In A Very Traumatized State 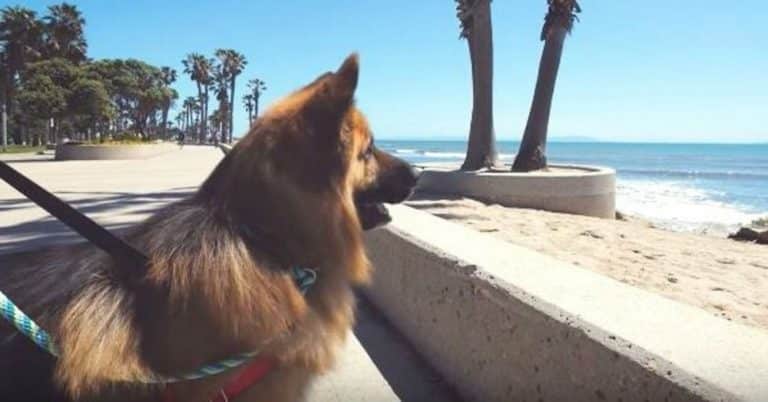 When rescuers first became aware of his predicament, he was rescued and shifted to a shelter. But this gentle giant had spent all his life cruelly confined and had immense energy to burn up. People were not keen to adopt such a vigorous and spirited dog. They just could not keep up with him. 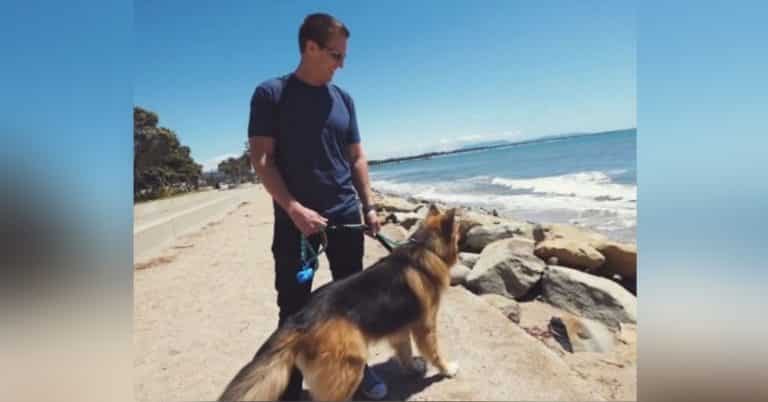 The dog remained homeless until the non-profit group, Save Our Shelter became involved. When they came to know of Hershel’s predicament, the group decided to organize a beach outing for the confined dog. They took him out as part of an initiative called Dog’s Day Out. Hershel’s reaction on seeing the wide expanse of the ocean is unbelievable and beyond words. In an almost human-like reaction seen in the video, the German shepherd erupts in joy and whoops it out in a cry of exhilaration.

Hershel was taken to other exciting locales to make his experience all the more memorable. It was also the first time that he got to play in the snow. He also was cuddled and given belly rubs which he thoroughly enjoyed.

Read: This Unfortunate Pup Lost His Mom In The Baghdadi Raid But A Kind Photographer Saved His Life 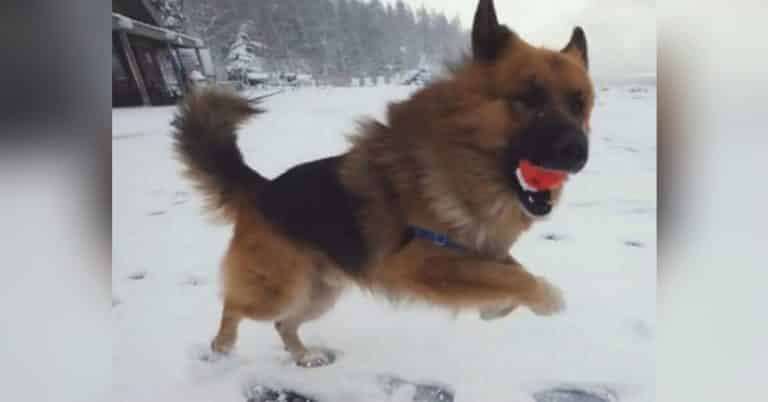 It was a small payback for all the years he had spent chained or confined in a metal cage. But to top it off, the moment when the German shepherd erupts in joy will be the takeaway from this trip. Hopefully “no more chains, no more neglect,” for Hershel, ever.