It is known that German Shepherds are among the most intelligent dogs in the world, and they are known for their vivacious energy. Anyway, this breed’s pups are known to be extremely playful and hyperactive to the extent of being tagged as rowdy. Actually, they never shy from rough play as they just love to play anything.

The video below shows us a German Shepherd mother hatches a clever game to help her in growing her pups. You can see that the pups are in a large field and they start running excitedly without putting in their minds their safety.

But that’s what their mama works on, she puts a plan to get them in line. She decides to let them chasing her in order to keep them in one line. You can see that the small pups trying to catch their mom, who also takes many big leaps to let her pups work hard. 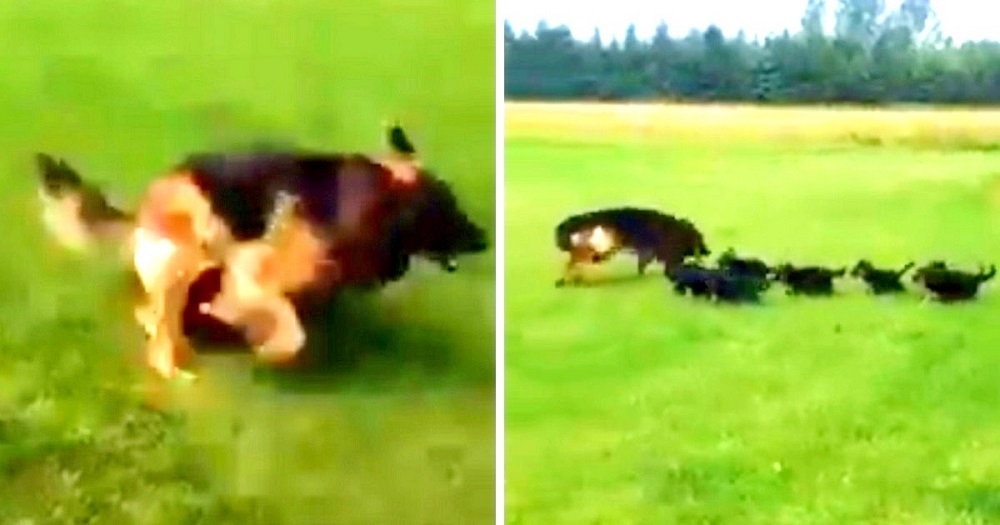 This sneaky of chasing taught the puppies who to play together in a herd and it got the pups exhausted to the bones. Actually, the mama was well-aware of this game as she was able to let her pups following her to the home to get rest. Watch the video below to have more information.