For some, it is the heart that triumphs over the mind. The pure heart of a child can triumph over fear better than the mind of a grown-up. This is what can be seen in this story of a 9-year-old brave heart who rescues a wolf pup from a 15 meters-deep well.

This boy was playing near his home when he heard the piercing cry of an animal coming from an unused well nearby. 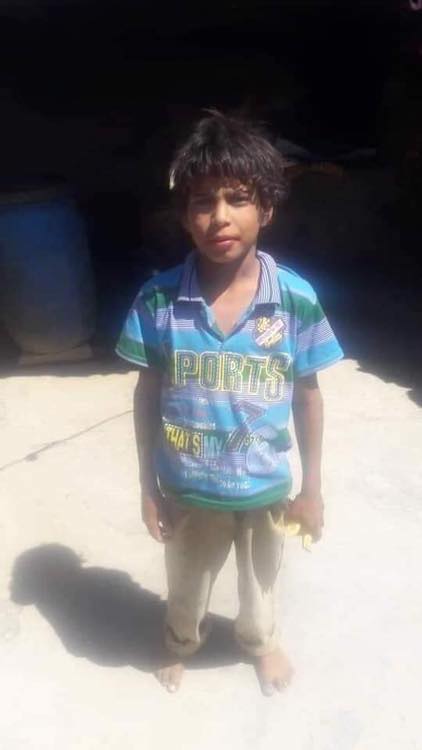 The heart-rending cries of the pup shook him from inside. The boy could sense that the pup was weak and was losing its strength fast. Perhaps it had fallen in it, the night before.

The boy had grown up in a village and for him, climbing trees came easily. But he had never climbed down a well before. His grandmother had warned him several times about the spirits which dwelled inside the abandoned well. He was a brave lad but spirits were a different matter altogether. He was torn between his fear and his feelings for the baby animal.

The child inched closer and looked inside the well. He was stunned. It wasn’t a dog but a wolf pup. He had seen one before but from a distance.

There is a fine line between courage and recklessness. But when a child’s innocent heart makes him reach out to save an animal, you can be sure it makes no difference to them. 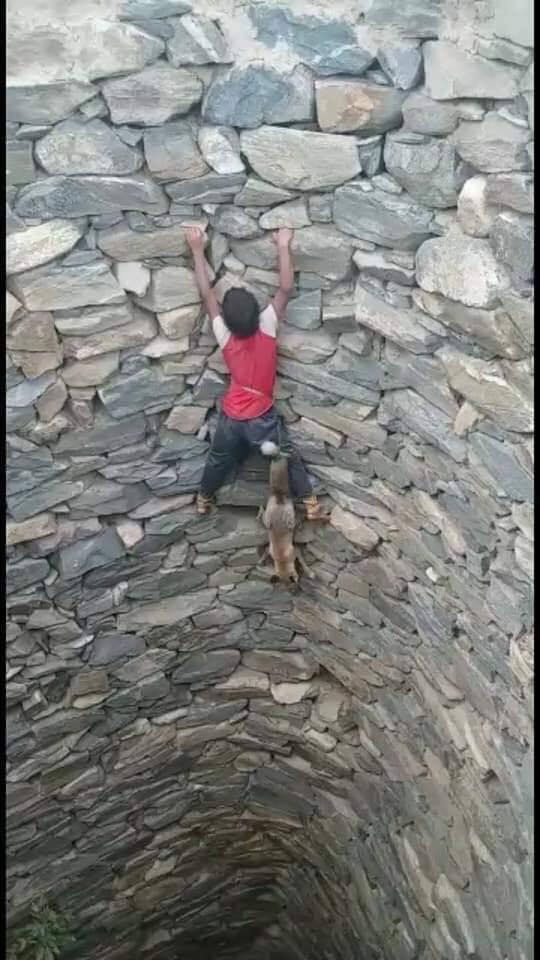 He was afraid the mother wolf might be around. The child looked around but the place seemed desolate. He climbed over the wall and slowly inched down the rocky face. The rocks were loose at places. The pup had grown weak and wasn’t making any sound. The well was 15 meters deep but was dry as it was summer. He jumped the last four feet into the bed of the well. Even in his fear, he had remembered to bring along a rope.

He tied it to the tail of the pup, the other end to his waist. It was too weak to resist. The climb back was tougher as he had to bear the weight of the pup.

Read: This Neglected Dog Was Eating Glass And Batteries To Stay Alive Until He Was Rescued

The 9-year-old brave heart who rescues a wolf pup finally makes it back to find his father, furious but proud of his son. He had even taken a few pictures with his new phone. The child left the pup at a safe distance. The mother wolf was surely watching and would take it home.

But the wolf pup will remember this human child forever.