Employees and customers came across a distressing scene as a tiny dog begged for food at a Starbuck’s parking area in California. The dog had obviously been abandoned at the lot and spent the whole day pleading for scraps from the employees. When it was apparent that nobody was coming back for him, a Starbucks employee got in touch with Hope For Paws for taking care of the little starving dog.

Read: Dog’s Tongue Almost Ripped Apart After Getting Stuck In A Rubber Ball 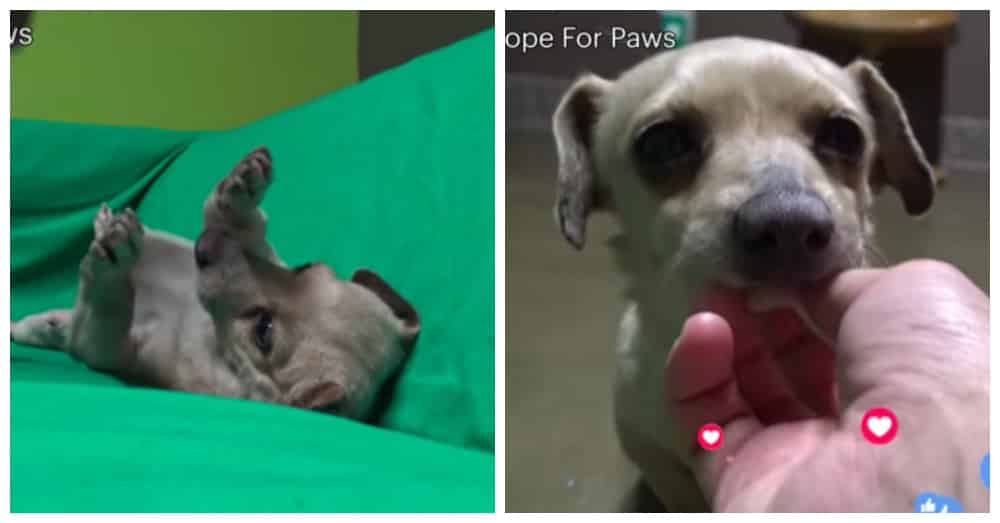 As Eldad Hagar from the non-profit animal rescue came to the parking lot, he saw the starved dog and offered him some chicken. The dog rushed eagerly towards him. It was apparent that he did not have a proper meal for several days and wanted a bit of food. The dog eagerly ate the food offered by Hagar. He gained his trust and succeeded in putting him on a leash. 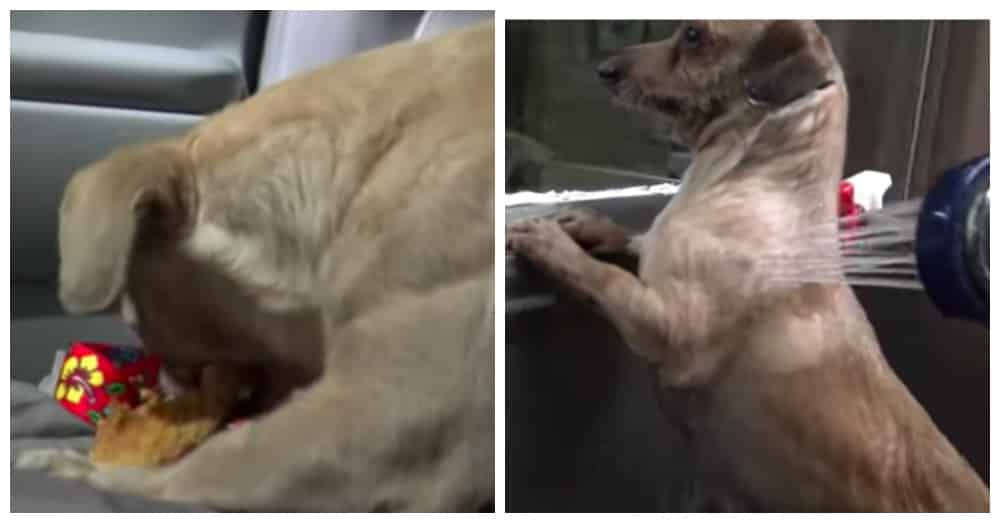 He took the small dog into his car. There was no microchip after Hagar scanned for one. By then the little dog had found the rest of the tender chicken that Hagar had offered and instantly devoured it. 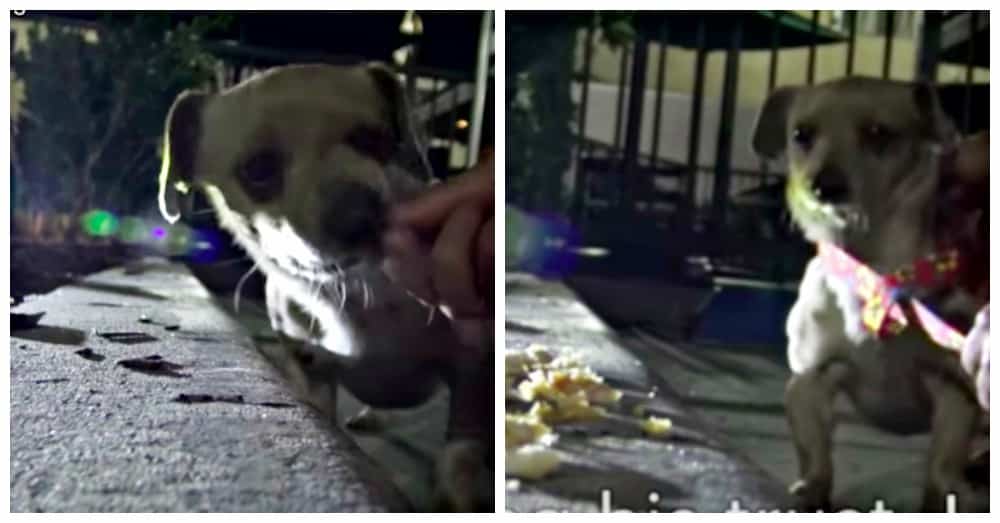 Eldad went on Instagram for a suitable name and Bean was a favorite choice. Bean was dirty and was in need of a bath. He had a warm and soothing one though he didn’t need any help drying himself. He rubbed himself dry on the sofa and then was checked by a vet. Gradually, the little starving dog began to gain confidence. He enjoyed the attention being showered on him. 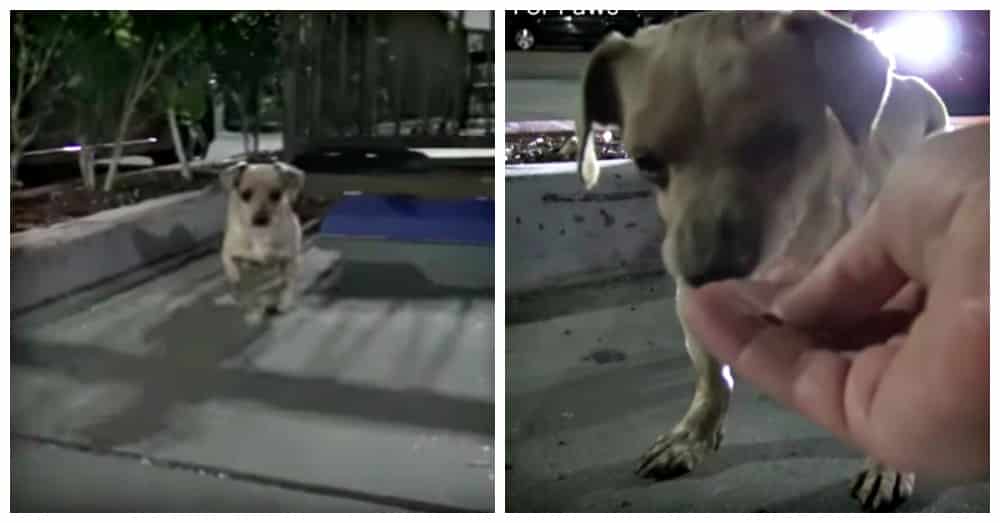 The little starving dog has finally found both a name and also a foster home at The Forgotten Dog, an animal rescue, where he will stay till he finds a permanent home. Bean is around 2 years old and is a Dixie-Chihuahua mix. He is friendly and all the other dogs at the rescue take to him. Those interested in bringing the cute darling home can get in touch with The Forgotten Dog here.