A very excited Kirby the bulldog accompanied his owner, Roelkey and her husband Allen, to a game night between Georgia and Notre Dame. It was an adrenaline-rushing match. It had many good moments but the highlight went to the bulldog, Kirby, who could not resist his excitement of meeting the University of Georgia’s mascot figure – a human-sized pup. 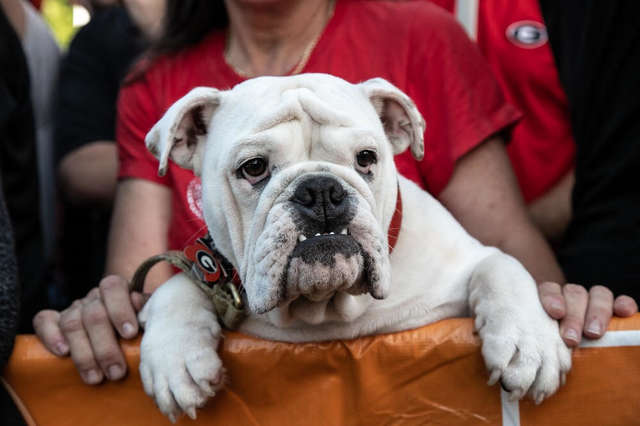 The mascot resembles a human-sized bulldog, something Kirby the bulldog could relate to. Kirby was a fan from the start. Kirby, the pure white English bulldog puppy, stole the show when he jumped to the mascot’s lap. The student wearing the costume of the Mascot Hairy Dawg mentioned that while petting Kirby, the little bulldog tried to lick his face from the mascot mask.

Read: This man carried his dog up an escalator because it was scared and it will make your day 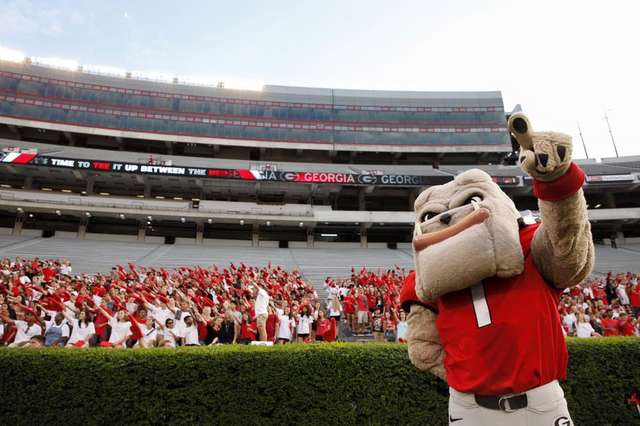 In this video, you can see the 6-feet tall Hairy Dawg mascot worn by Ian McGraw, the UGA graduate and a member of Georgia’s Bulldogs cheerleading team, playing with Kirby.

The bulldog jumped to the mascot Hairy Dawg and started playing with him on his lap. The mascot was constantly enjoying his playfulness by giving him a belly rub and, at times, his gloves to chew on.

The owner, Roelkey, said that the Mascot Hairy Dawg was simply fascinated by Kirby’s excitement. The bulldog first growled at the human size figure but later he just wanted to play with him. Roelkey kept him down next to the Mascot Hairy dawg and Kirby started jumping on him and chewing his gloves. 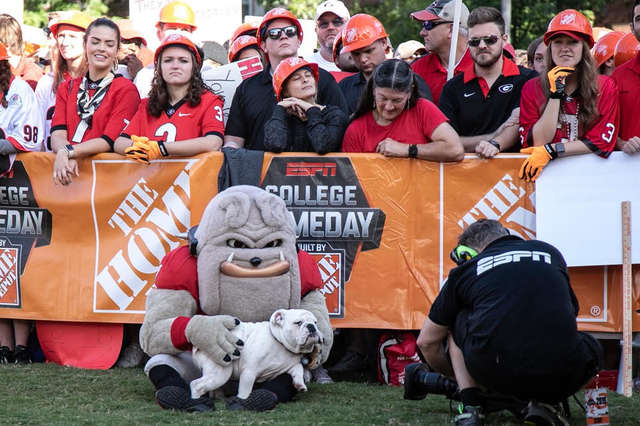 This game between Georgia Bulldog’s and Notre Dame became a day full of excitement for the viewers. It wasn’t just the game but the cuteness of Kirby the bulldog and the exciting playfulness of Hairy Dawg that entranced them all. The tiring day ended for Kirby with a long sleep in the car on his way back home, dreaming of the amazing time he spent in the match. 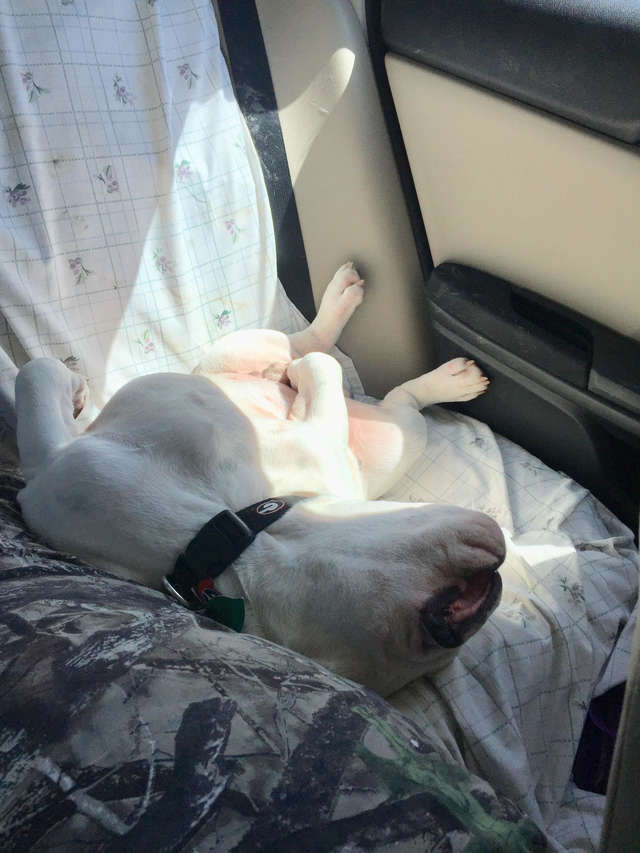 It was a happy and memorable time for both the audience, Kirby’s owners and Kirby the bulldog. And the video is a delight for all of us.