Halloween evening was a regular day at Rescue Me Animal Sanctuary, where the staff was assisting the puppies in retiring for the night. But it turned into quite a grotesque day as they saw a car park just beyond the gate and a person throwing a malnourished dog over the gate. The dog was severely malnourished and all his bones popped out through the skin.

While Casper– for that is his name- didn’t suffer much from being thrown, there were several scars on his body that highlighted his abuse and neglect. This malnourished dog had suffered through a lot.

Read: Tragic Stories Of Unfortunate Dogs Left At The Shelters Around The Holidays

It’s a pity that such a sweet dog was so ill-treated. The Facebook page of Rescue Me Animal Shelter mentioned how the malnourished dog had pressure sores, overgrown nails, and innumerable cuts throughout his body. But, as it happens with all things good, Casper has finally found himself a home that is going to take care of this malnourished dog. Control your tear ducts, for the first of many decent meals that Casper received, would render you heartbroken. 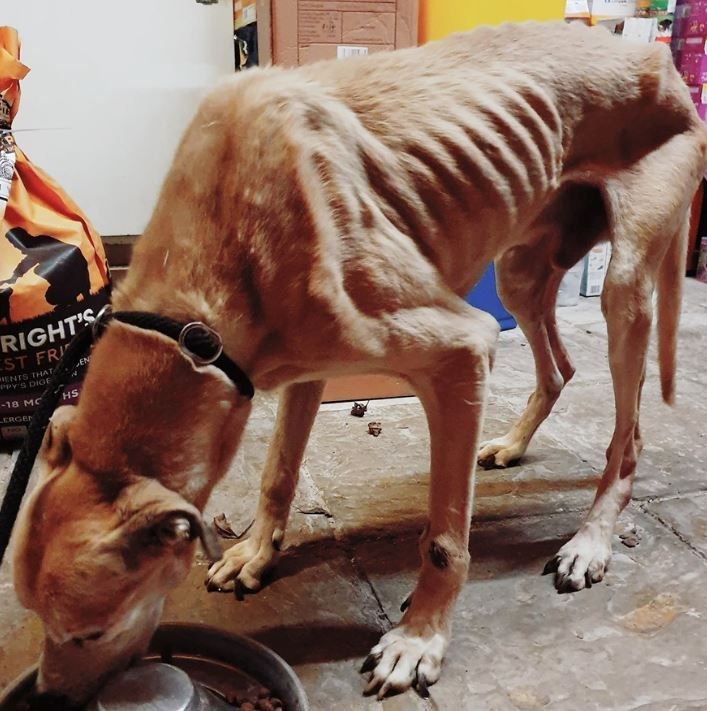 Casper’s poor plight has helped raise around 526 pounds that would immensely help towards his growth and recovery. It is no surprise that his sight wasn’t something that provided animal lovers throughout the world with happiness.

Good news for all, as Casper has finally settled in the Rescue Me Animal Sanctuary. The malnourished dog’s first night was quite comfortable, and he is on the road to making a good recovery. He has also had some gifts given to him, one in particular by a donor called Jan who gifted him a plush toy and a bed that would help him feel more at home here than home ever felt like. 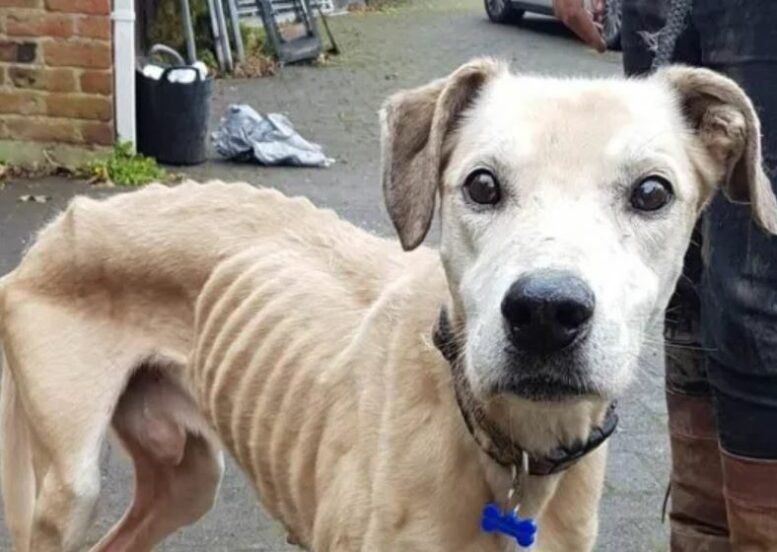 The first of November brought some more good news with itself, as the shelter tweeted that Casper was on strict and hourly supervision that would prevent him from slipping back into the solitude he came from. Also, in order to prevent further stress, the vet would also come to meet him.

Read: A Rescue Center Fights To Save Bait Dog Dumped Before An Animal Shelter

In a confirmation message to the above, the Rescue Me Animal Shelter tweeted that Casper had met the vet and had a blood test. While it isn’t clear as to what’s in store for Casper, one hopes that he finds the life he truly deserves, after all that he went through.

If you are willing to help other such unfortunate and malnourished dogs at Rescue Me Animal Sanctuary, you should click here.