Humorous footage of a man inspecting his windows while being supervise.
This is another proof that dogs are adorable creatures. They are highly intelligent. Those who don’t have dogs at home really don’t know what they are missing. No matter the situation, your dog will always find a way to make your day. They are always ready to play all the time.

This video proves that dogs are fun to be with all the time. The video is quite hilarious. Little wonder the video went viral. The man that shared the video left his adorable dog at home and went outside to inspect all his windows from outside. 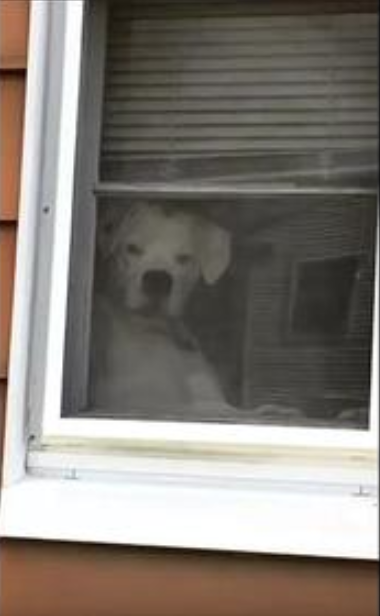 In short, the both of them checked all the windows together. If you don’t look at the dog properly, you may think the guy has already stationed different dogs at each of the windows. You may have to watch the video several times to be sure that you are seeing the same dog.

What may baffle you a bit was how the dog knew which window was next. She even got to each of the windows before the man himself. May be it is a daily routine and window inspection usually takes a certain order. Whether it is a normal schedule or not, the video shows the facts that dogs are fun to have around and they are much more intelligent that you know.

The video is so hilarious and will make your day. Maybe the cute creature is saying “why don’t you inspect the windows from outside and let me inspect them from inside?”