Make way, there is a new giant in town–and he’s going to steal your heart! Freddy, a seven-year-old Great Dane, officially entered the Guinness World Book of Records for being the tallest dog in the world. Standing on his hind legs, Freddy stands tall at a cool 7 feet and 6 inches. 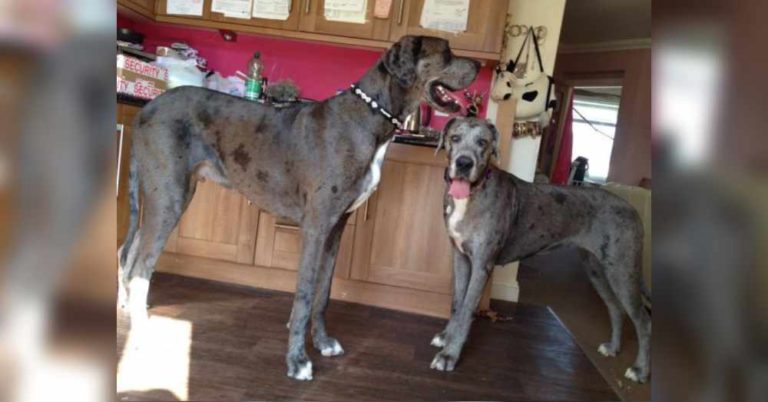 Just to put it in perspective, the average adult male Great Dane height in withers is 32 inches and weighs 100-120 lbs. Freddy, on the other hand, weighs more than 200 lbs. If both Freddy and his owner Claire Stoneman were standing on their hind legs, Freddy would tower over her by almost 2 feet.

Read: 3 Strongest Rottweilers In The World 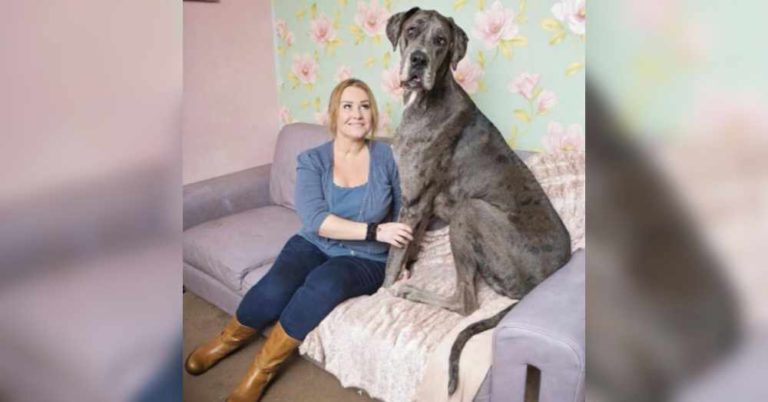 Stoneman knew that Great Danes were big dogs, but she had no idea what she was getting into. But she is a dedicated dog-mom and quickly learned what it means to have the tallest dog in the world as a pet. She wakes up at the crack of dawn to take him for a walk to avoid the general morning dog-walk rush hour. She knows that his large size would make it impossible for her to intervene should a tiff happen between Freddy and a new dog. Hence the early rising. 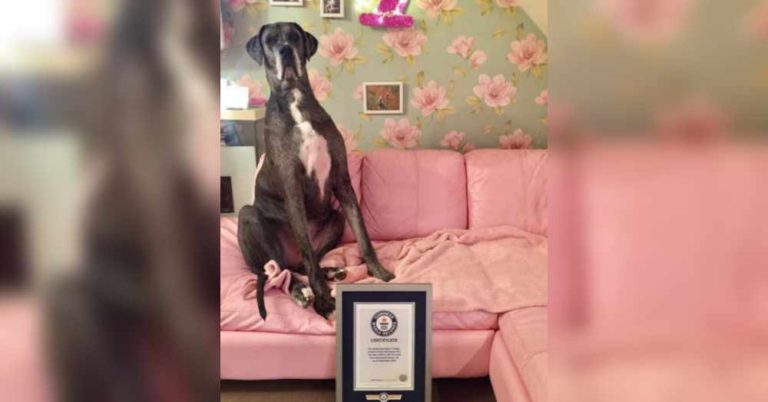 Don’t be fooled by Freddy’s official portrait, with him looking stoic sitting on the couch next to his record certificate. When Freddy was younger, the Great Dane was mischievous and loved chewing up Stoneman’s sofas. Older, smarter, and taller, Freddy still loves his shenanigans, being dorky and just a little bit naughty. He now enjoys sitting on the couches he used to love to eat, naps, and eating food intended for him and playing with his Great Dane sister, Fleur. The two of them are beloved of their mother, who only gives them the best. This can even mean racking up grocery bills of more than $15,000 a year! 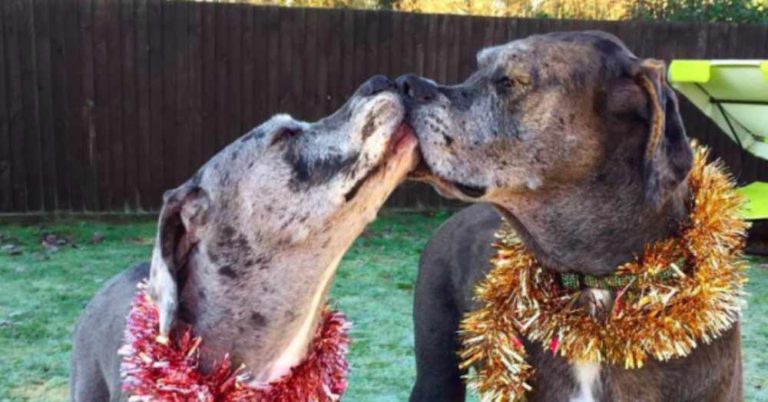 Posted by Freddy The Worlds Tallest Dog on Wednesday, January 30, 2019

Stoneman isn’t the only one who loves them dearly. She has been running a Facebook page called Freddy the World’s Tallest Dog since 2014 that has received a lot of love. More than 20,000 people follow Freddy’s shenanigans, whether it is him playing in the snow or sunbathing. Who can deny that there is something undeniably wholesome about seeing the tallest dog in the world looking beatific with bright yellow sunflowers?