Tracy Lystra has seen some extreme levels of cruelty towards animals. But the depravity of those who tortured this poor puppy staggered her. The founder of the animal rescue sanctuary and charity, Saving Huey Foundation received a phone call. Somebody had blown off a puppy’s jaw and also the nose with explosives tied to the mouth. The injured puppy was barely alive. 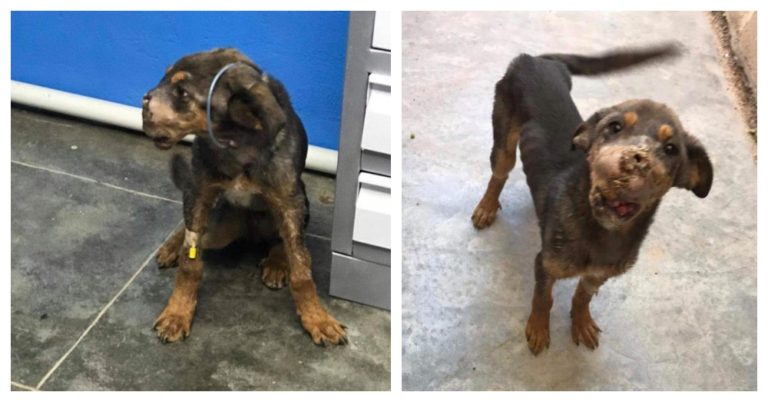 The explosive blew the jaw to pieces and her nose was almost missing. Lystra’s first instincts had been that putting down the dog was the only option to save from her further agony.

READ: Two Dogs Burned With A Blow Torch: The Burned Pit Bull Fights It Out Bravely

She was unfamiliar with the area where they found the injured puppy. But she came to know about a vet, Dr. Briseno from a friend. This vet had a reputation for being helpful.  A Good Samaritan found the puppy and brought him to the local vet. Saving Huey Foundation agreed to bear the expenses of the extensive surgeries and other medical expenses both in Mexico and in the U.S. 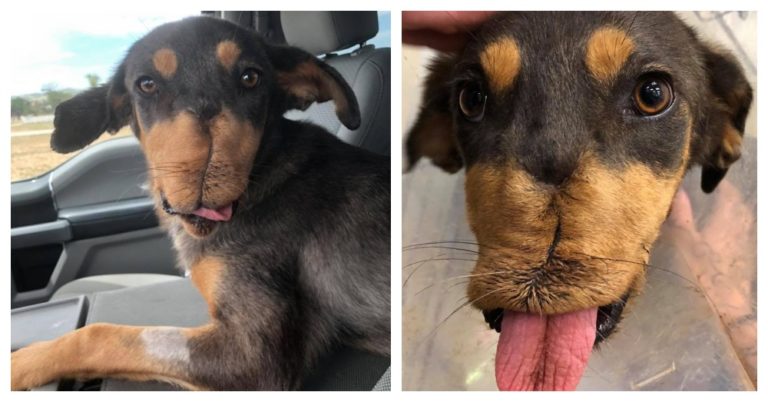 A part of the puppy’s jaw was extensively damaged. But the vet felt that the part of the jaw that remained would be enough for the dog to eat. Vets first cleaned the dead tissue from the nasal cavity and the nose and sewed them back together. 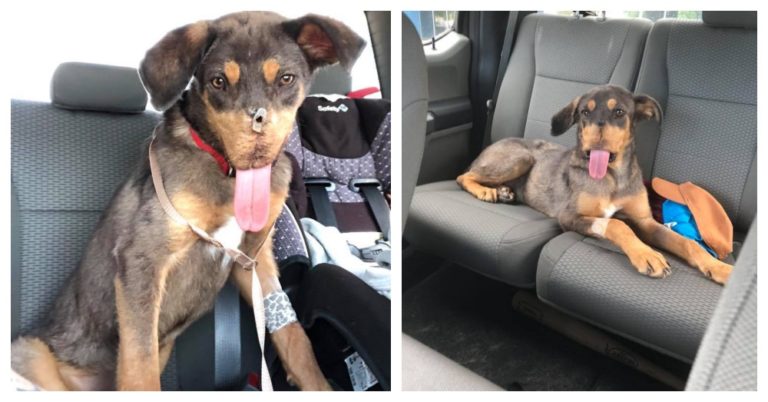 It took four extensive surgeries to reconstruct his muzzle using a prosthetic jaw. He took long to recover but the friendly dog, named Brave Heart was strong enough to pull through. He spent several months recovering. It was then time for the long journey for the injured puppy to the Saving Huey Foundation in California. 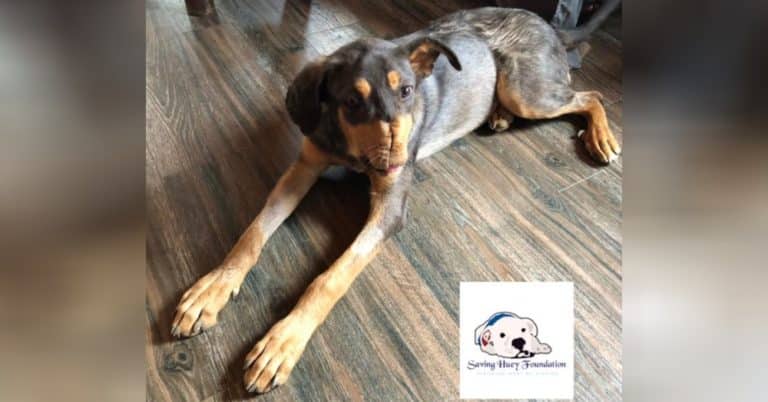 They removed the tube implanted in his nose after he reached the rescue. He spent 2 more months there before the injured puppy moved to the sanctuary to be with his newfound friends. Vets in both Mexico and the U.S. concur that firecrackers tied to the puppy’s jaw caused severe damage. Brave Heart has proved to be an extremely good-natured and sweet boy. He has left his past behind.

He’s crazy hyper tonight!!! Brave Heart is doing amazing and is clearly feeling good this evening! He is so full of…

READ: Heartless Man Stole A Dog And Ruthlessly Cropped His Ears To Hide His Identity

Lystra is still shaken at the utter brutality of those behind the attack. Brave Heart now lives happily at Second Chance Ranch with his friends among loving and kind people. Lystra says that she wishes that everyone could experience one of Brave Heart’s loving kisses.

People have asked me if Brave Heart barks and what it sounds like. Yes, absolutely Brave Heart barks (a lot) and it sounds like any other dog. Here he is barking at me because Rosie won’t make room for him on the couch. Evening cuddles are a BIG thing around here and he’s yet to learn he has to wait his turn. Read Brave Heart’s story here: https://www.facebook.com/648671381910164/posts/1984652131645409?sfns=mo#savinghueyfoundation#finishingwhatwestarted