Neglecting an animal is also a kind of animal abuse. Such animal abuse was faced by many dogs found in terrible conditions in a multimillion-dollar home located in Southern California. The officials got the news from an anonymous tip. The OC Animal Care and Orange Police Department arrived at this luxury home and rescued more than 140 Maltese dogs and Shih Tzus. Surprizing, the whole home had the smell of feces and urine all over. Even the rescuers had to wear hazmat suits while they were rescuing the dogs found in terrible conditions. 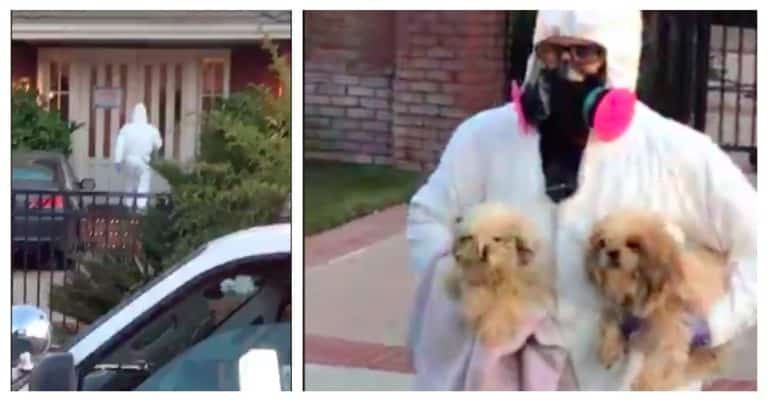 The furniture in the room were few as per Seargent Phil McMillan of the Orange Police Department. Only dog urine and excrement were found all over. The smell was intolerable for the people. It seemed unusual that people or even dogs could live there. But it is from this uninhabitable spot that the dogs were found in terrible conditions. From puppies to grown-ups, there were all kinds of dogs and they were really malnourished.

Read: Girl Sniggers As She Dumps Dog In The Middle Of The Traffic On A Busy Road

Around 2:20 p.m. yesterday, an anonymous tip was made to the Orange Police Department of a large number of dogs in a…

The dogs were taken away in a truck to the OC Animal Care for treatment. Many of them were covered with feces and urine. It took many hours to treat them. 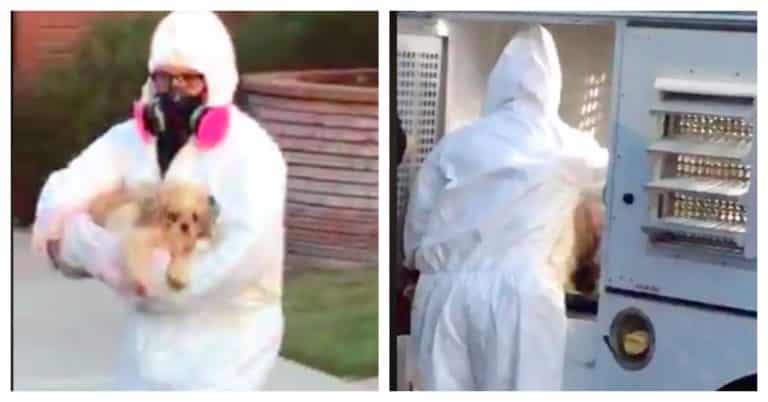 Edward Reitkopp and Jo Reitkopp are the owners of the million-dollar house and the couple has been charged with animal abuse and cruelty. Edward is an attorney but after this news went viral, he was fired from his job. There were too many animal lovers in the office staff and this news was unbearable. Investigation continues though.

Around 100 dogs were found in deplorable conditions at a home in Orange. The dogs now are being taken from the home which has been red tagged

Read: Meet Pavel, A 9-Year-Old, Who Paints Other’s Pets So That He Can Fund The Food Supply Of An Animal Shelter

As per OC Animal Care, the dogs found in terrible conditions are receiving treatment on an individual basis. Hopefully, they will soon recover. The dogs which have already recorded are taken to a shelter in the hope that they will get a forever home soon.