Dogs are our best friends – many of us have heard and do live by this notion. But then, some of us take dogs for granted and the result is – we don’t really care for them. Dogs need as much care as human beings – if not more. That’s because they are completely dependent on us. Some of us, sadly, take advantage of this dependency.

Read: Shelter Dog Is Looking For A Loving Hooman And A Home Sweet Home For 2 Years

Best Friends Animal Sanctuary rescued Solly, Chuck, Firefly, and Sugar from a Midwest breeder selling hunting dogs. What really struck the animal sanctuary officials was the emaciation of these animals. They were thin, pale and almost dying. 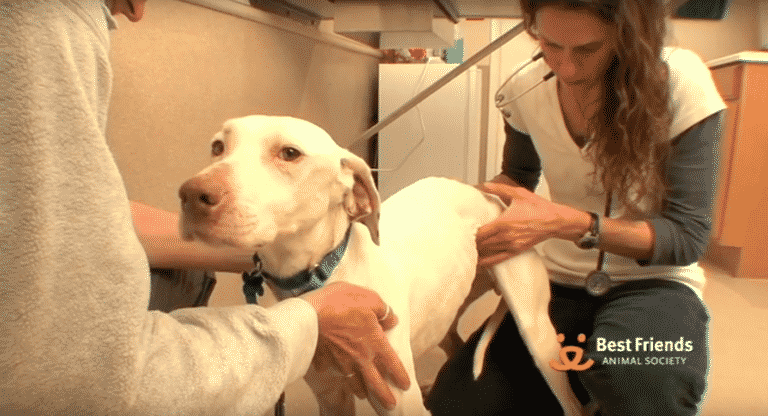 A vet, Patti Iampietro, examined these malnourished dogs and found out they were terribly underfed. On a scale of 1-9, with 1 being starved to death, these dogs were at 2. Plus, two out of four of them were suffering from terrible heartworm disease. They were having trouble breathing and were coughing often. 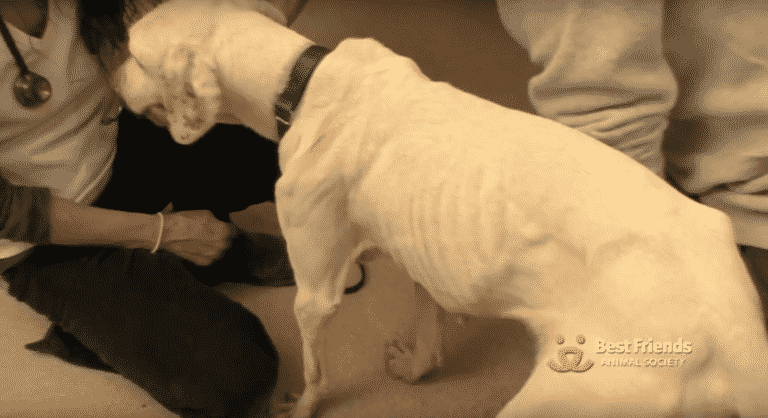 The malnourished dogs were not being able to move around. They had to be mostly carried. The worst thing of all is that their spirit was almost broken. They did not want to do anything with human beings. They were mentally scarred after what they had gone through in life. 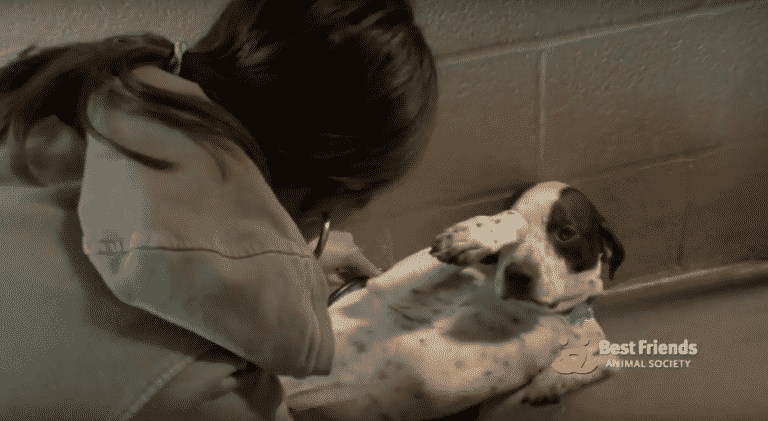 Of all the malnourished dogs, Firefly was in the worst state possible. She had wounds on her leg which were infected and poor nutrition had made it worse for her. It seemed like she was in a lot of pain that she kept suppressing. 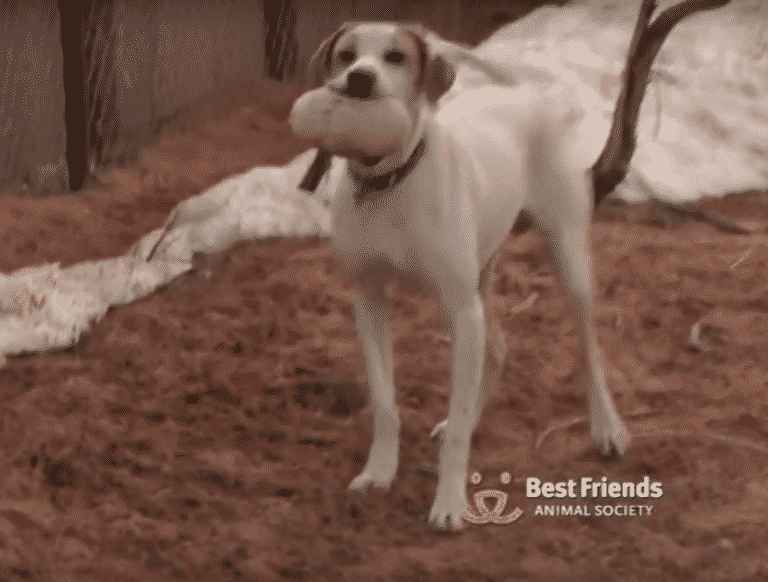 But as they say, with love and care, you can turn a lot of things. That’s what happened with these animals. With care, they were able to gain a lot of weight. Their wounds began to heal and with the right medicines, the ailments subsided.

Now, they are really happy dogs, playing around and mixing with others. Life has given a new start to them and they are loving it.