However much we might try to turn away from animal abuse, we really can’t. There are animal abusers all around the world. We do not know what sick fun they derive from harming animals. But whatever be the case, these animal abusers become much more cruel when a dog grows older and starts to require more attention. Maybe their lack of time or resources makes them abuse helpless animals. 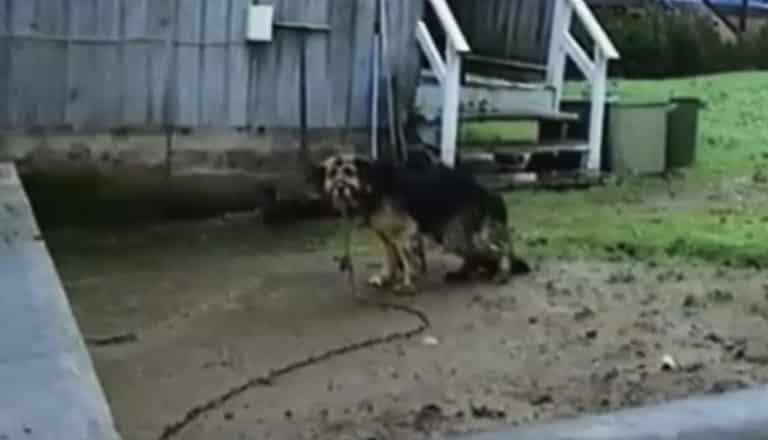 Judas, an old dog, was found tied to a heavy chain outside her house. She was covered with her own feces and was in a terrible state. The neighbors mentioned how the owner used to abuse Judas. That’s why the local people contacted The British Columbia Society for the Prevention of Cruelty to Animals. The rescuers saw that the dog was in a terrible condition. She was dehydrated and terribly malnourished. It was worse than that because Judas was facing the harsh Canadian weather without any shelter. 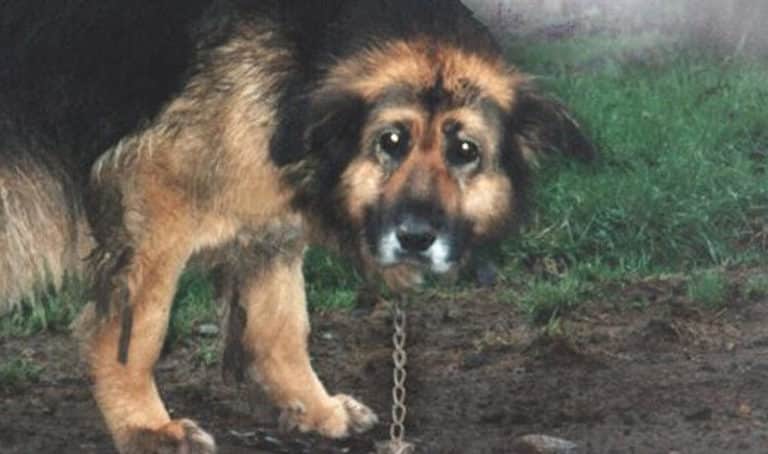 Judas, the old dog, had a severe case of arthritis. Her fur was all matted over and she was just moving around in an old, hobbly manner. After several complaints, the owners decided to put the dog down. However, before euthanasia, Animal Advocates organization arrived and persuaded the parents to give up on the old dog. And they agreed. 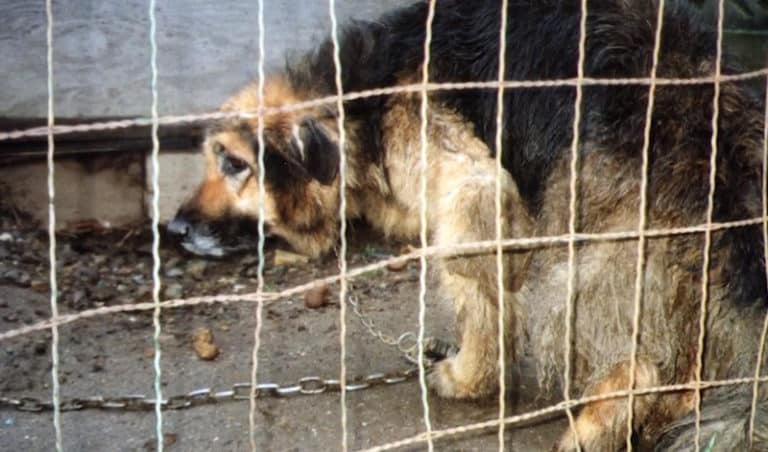 After a proper bath and a little bit of care, Judas was back to life. Partially that is. Severe arthritis had claimed her full motion. That’s why the company provided her with a cart. 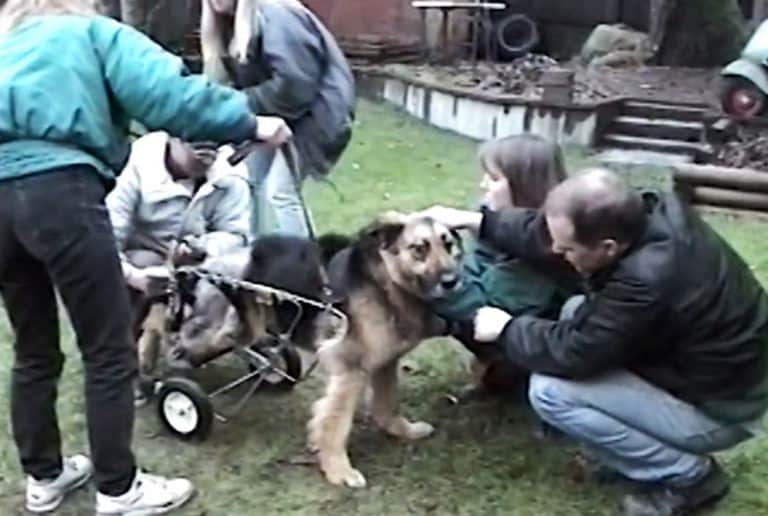 But the most important thing that happened was that they found a furever home for Judas. In her new home, Judas was called Judith. She got all the love she never knew she could receive. Judith was a new person – or animal.

TEN YEARS CHAINED: A DOG'S HAPPY ENDING RESCUE STORY— Please share —10 years on a chain. No blanket, toy, or bone. Often no food or water. Animal Advocates Society of BC first saw this abused and neglected dog at night, lying in the frozen mud in her own feces, being snowed and sleeted on. Neighbours said that her owners urinated on her from the porch. Several upset neighbours told AAS that they had phoned the British Columbia SPCA many times, for many years.The BC SPCA did not seize this dog or charge the owner with cruelty even though it could have used the BC Prevention of Cruelty to Animals Act (http://www.animaladvocates.com/pca-ac…) to do so. It also could have used the Humane Treatment of Dogs Bylaws (http://www.animaladvocates.com/end-do…), adopted in this municipality at Animal Advocates' urging, to make the owners take better care of her.What the SPCA would do for her was to take $50 to kill her. We were given Judith a day before her owners told us they were going to take Judith to the SPCA and take advantage of its "kill for cash" service, one of its sideline businesses.At that time, the SPCA ignored hundreds of animals so abused that they were near death. But the SPCA did kill thousands of unwanted pets a year for another one of its lucrative sidelines businesses — pet-disposal contracts with municipalities all over BC. It's a good thing the BC SPCA didn't seize this dog, because they only would have killed her.Finally Animal Advocates of BC was contacted by a distraught neighbour. We went straight to her; documented her misery and then rescued her out of her indignity and loneliness.When we got her she was emaciated, dehydrated, and barely able to walk because of painful hips. Her coat was weighed down by clumps of caked mud. Her owners had named her "Judas". We changed her name to Judith.We cannot tell you this story without also telling you the happy ending that AAS guarantees every one of the dogs it rescues…We found her a home with two very special people, who loved her dearly, and made her a member of their family, which is what every dog wants more than anything — more than food, water, and shelter. And when her old hips gave out, her family got her a cart and took her everywhere. She went camping, and to the lake, and chased squirrels in her cart. And when she died of old age, after eighteen months, she took with her all her memories of pure love, and warmth, and good food, and fun. And the time before didn't count at all.Please donate so we can continue to rescue dogs like "Judith":http://www.animaladvocates.com/donate/DO YOU LOVE RESCUE STORIES? READ ON…Animal Advocates “Moonlight Rescues”: http://www.animaladvocates.com/moonlight-rescuesAnimal Advocates on YouTube: http://www.youtube.com/animaladvocates Animal Advocates rescue stories: http://www.animaladvocates.com

However, after living in love and under celebrations, the old dog did pass away 18 months later. But the final leg of her life was mindblowing for her.