Only humans can be this brutal to someone who loves them with all their heart. Only humans can reciprocate love with betrayal. Duke, a 10 months old had been tied to a truck by the owner who apparently spread the rumor around that he was ‘sick’. The owner mentioned to all and sundry that this dog was diseased and ‘untouchable’. This ‘diseased puppy’ was starved until he finally got rescued.

Read: Woman Rescues Sick Puppy That Got His Feet Stuck In A Bed Frame

The diseased puppy was rescued by the Rudozem Street Dog Rescue after a woman called them up. The owner had apparently broken the dog’s feet, he was covered in stool, and there were fleas hovering around him. He appeared totally malnourished. Imagine! 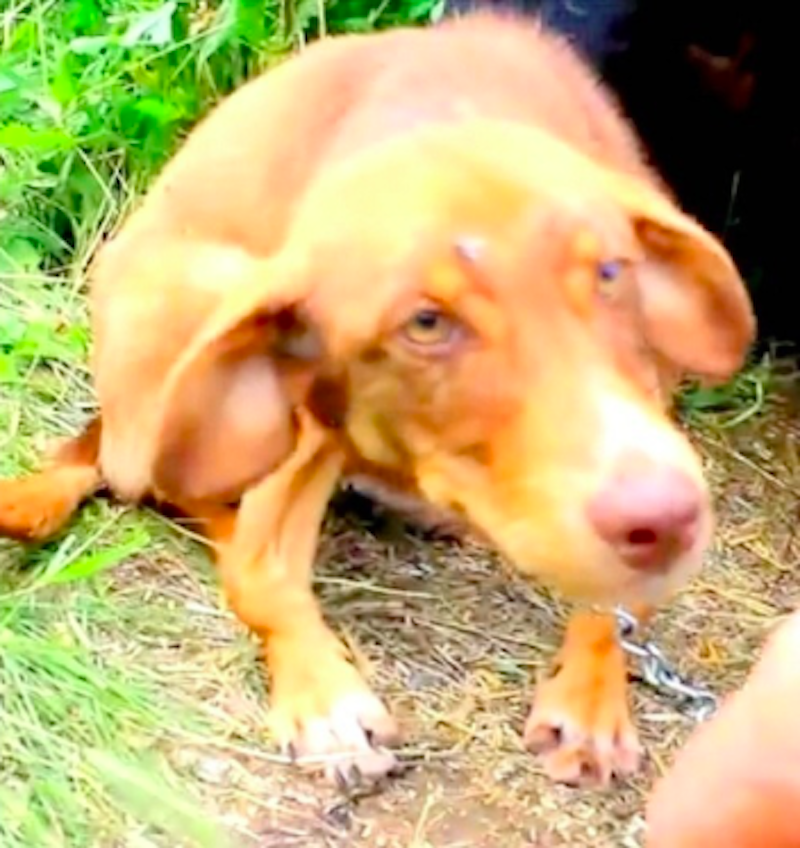 The Dodo reported that even the vet expressed massive shock while inspecting the feet of the diseased pup. The ligaments were shattered, and the bones were simply floating inside the feet. One can barely contain their anger at this point- a poor, defenseless animal brought to such a state. 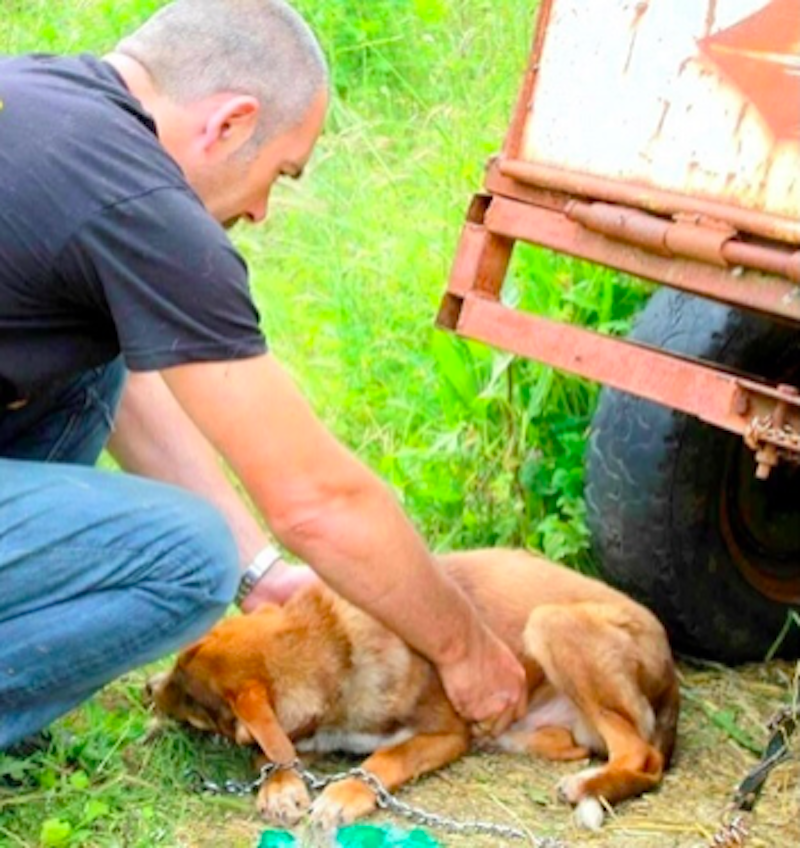 Rowles, the co-founder of the rescue group couldn’t believe what he was seeing. The puppy was totally scared of everyone and there was a strong smell of ammonia around.

The good Samaritan didn’t take the dog to the shelter like he usually would- he took him to his home. There Duke got accustomed to the rest of his pets, and while he was happy, there was still pain and fear in his movements. But when introduced to Rowles’ wife Diane, the diseased puppy got attached immediately. 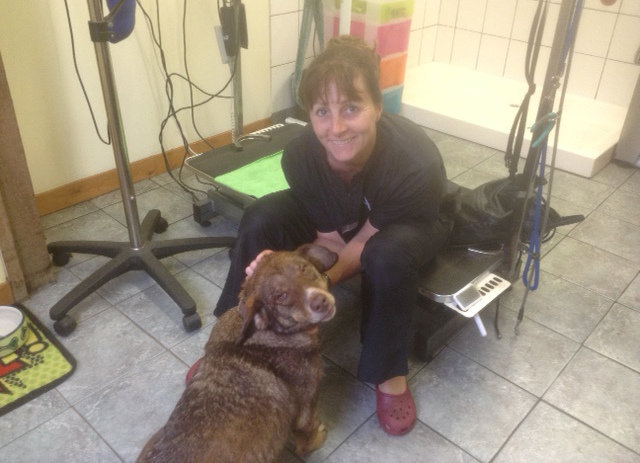 After undergoing an operation to fix his paws, Rowles gave him to his wife for adoption. And now, Duke was literally the happiest he could ever be.

Have a wonderful new life Duke.

Life is full of such stories, where humans can be so contrasting to each other. Where one human would want no better than to hit and stab at his poor dog, a complete stranger would want nothing better than to cuddle and give him all the love that he deserves.