A dog was found chained to a gate in a field trying to save her 6 newborn babies. According to ISPCA, the abandoned mother dog was found close to Elphin in County Roscommon, Ireland. A passerby informed the ISPCA and Gardai immediately after spotting the dog. 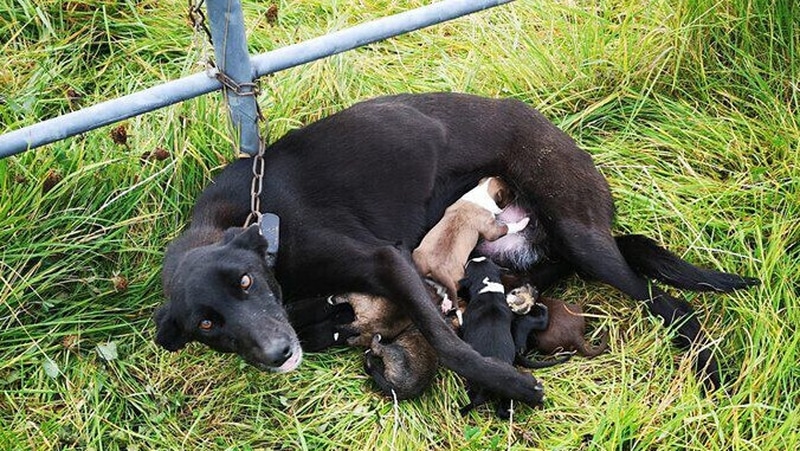 According to ISPCA manager Hugh O’Toole, it was inconceivable how any person could chain a dog to a gate in an isolated field. She had no access to water or food. He said that the 2-year-old mother dog had no microchips on her to prove her identity.

Read: Motherly Dog Takes Care Of A Newborn Pygmy Goat Like Her Own Puppy

It had rained heavily all through the past week. Along with that, there was a cold wave passing by. It was definitely a miserable time for the dog and her litter and it was heartless to leave them like this here. Thankfully, the good Samaritan had found her and informed the authorities. 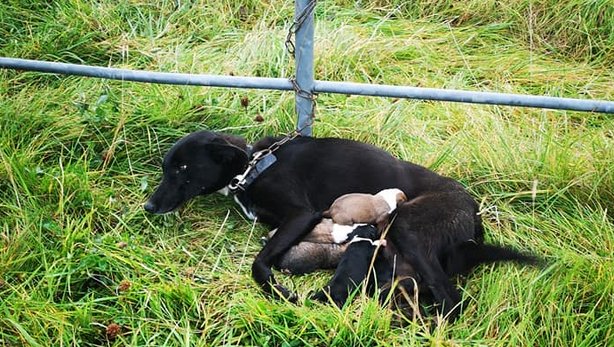 Mr. O’Toole requested pet owners to neuter or spay their pets at the earliest so that the mother dog does not have to deal with such a litter. He said that their centers were full at all times and had inadequate resources. The poor mother dog and the 6 puppies were being monitored and have been sheltered at the center till they find a new home this New Year.

Read: Cops Responded To An Emergency Call Of An Injured Dog And Became Besties With The Dog

The staff at the center have named the mother Emmy Lou while the puppies are Ray, Dixie, Dotty, Dolly, Patsy, and June.

Abandoned dogs are forced to fend for themselves and this sudden shock of being out in the open after a life of shelter can be traumatizing. Some turn feral and many die from starvation and exposure. The emotional stress felt by the pets at being abandoned is very real. With love and proper rehabilitation, they can forget the issue of abandonment.

But for the chained and abandoned mother dog, it will take months of love and care to bring the happiness back on her face. She is lucky to have her puppies to see her through the initial months of loneliness.