A well-known photographer has created some stunning works of art that present deformed animals in all their majesty. The pictures do not try to hide the deformity. Instead, it seeks to portray the stunning beauty hidden behind their abnormality. All the animals portrayed in this collection by photographer, Alex Cearns, are ‘perfectly imperfect’. Their beauty more than makes up for their lack of physical perfection.

Read: Here Are 15 Winners Of The 2019 Nikon Small World Competition Who Will Amaze You With The Microscopic World Around Us

Aryah has a distorted face and a missing eye, is deaf in the left ear. But that has never been a problem for his nature.

A vicious attack robbed sweet Vegemite of his eye but that has not lessened his cuteness one little bit.

Glaucoma robbed beautiful Mya’s eyesight but she remains ever alert.

PERFECT IMPERFECTION! Look at that happy face. Beautiful Mya the Husky had her eyes removed after painful Glaucoma set…

Posted by Houndstooth Studio by Alex Cearns on Wednesday, June 22, 2016

Jakk ended up in a dumpster just because of his deformed legs. Fortunately, someone surely must have seen his eyes and rescued him.

Skin cancer robbed beau of both his ears. But that couldn’t rob him of his happiness.

Jaffa lost a leg and found a forever home after waiting for 8 years. But the wait was worth it.

Oompah had a tough life without a home and being infected with mange. But he has found an affectionate family, who are quite happy at this perfectly imperfect dog.

Posted by Houndstooth Studio by Alex Cearns on Wednesday, September 18, 2013

Scrappy may have lost is eyes in an operation but remain positive in his attitude.

Despite the loss of a limb and paralysis, Keisha has not lost her desire to live and her adopted family loves her for it.

Keisha rocking her wheels. #perfectimperfection #Repost @readabcbooks with @get_repost ・・・ A sneak peek inside Perfect Imperfection by @houndstoothstudio: Meet Keisha, the 11-year-old Maltese cross loved dearly by her human, Janet. Keisha developed IVDD (intervertebral disc disease), which resulted in paralysis. Her zest for life was encouraged by her loving family and Keisha lives happily in her wheelchair!

Rupert remains beautiful as ever despite a missing leg and enjoys his life.

Rupert the 3 legged kitten. Having one less leg doesn’t stop him or slow him down. #worthy #perfectimperfection #cat #3legsdontcare #moggy #rescue #adoptdontshop

Draco in one big-hearted dog, though there might be a defect in it that leads to fainting spells.

Skye lost her left eye in an accident but the good one more than makes up for it.

This cat has chosen to see with her heart as life has robbed her of both the eyes.

This sweet rescue kitten from Bali was born without eyes and was rescued by the #Balianimalwelfareassociation. She knows no different and sees with her heart. #perfectimperfection #rescuecat #bawa #balicat #balianimals #kitten#blind

Peg has decided that since life has given him 3 legs, he is going to make something out of it.

Neo may be cross-eyed but manages to get straight into your heart.

Losing an eye in a dog-fight is nothing to smile about but Romeo has managed to retain the grin.

Sweet Romeo. #perfectimperfection #Repost @readabcbooks with @get_repost ・・・ A sneak peek into Perfect Imperfection by @houndstoothstudio: Meet Romeo, a 14-year-old chihuahua owned & loved by Megan. Romeo's right eye had to e removed after an altercation with another dog on a beach in 2009. It took a few months to fully heal but hasn't bothered him since. Romeo is thought of as the heart of his home 😍 🐶

Crash was dumped as a kitten because of his blindness. Luckily someone decided to adopt him and that changed his life forever.

Life has been unkind to these poor animals but they are made of sterner stuff. However, they have photographer Alex Cearns to thank for these perfectly imperfect portraits which helped them find their forever home. 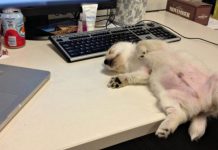 Had A Late Night? Feeling Sleepy? Meet These 20 Sleepy Dogs Who Can Accompany You For A Nap! 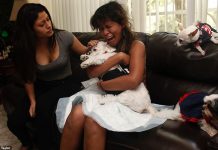 Heartbreaking Series Of Pictures Depict The Tragedy Of Euthanasia 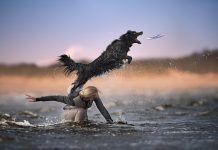