Shelter dogs and cats need a parent to adopt them. Any generous soul who can give these animals a forever home is truly blessed. The love that is developed between a shelter dog and a rescuer is something really special. It might be rocky at first, but then, slowly, it becomes a deep bond that cannot break easily. 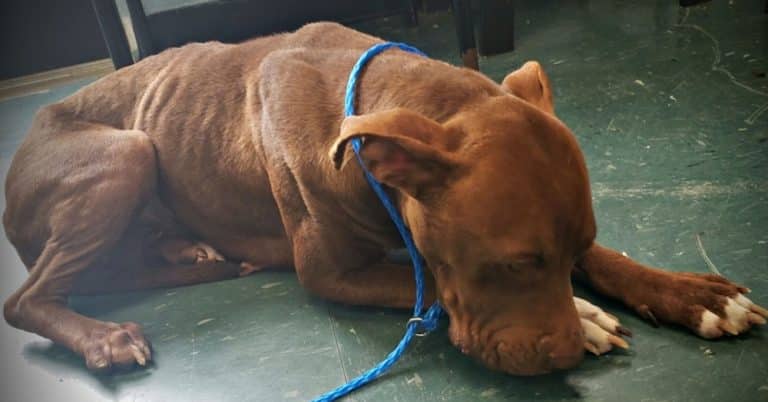 But then, shelters have space too. And while shelter dogs and cats are allowed to stay there – they have limited time. Old dogs who are not adopted for a long time are put on a death row. They are euthanized so as to make way for the new.

Read: You Won’t Believe How Two Humans Enjoyed A Ride With Their Dog Driving Down The Highway! 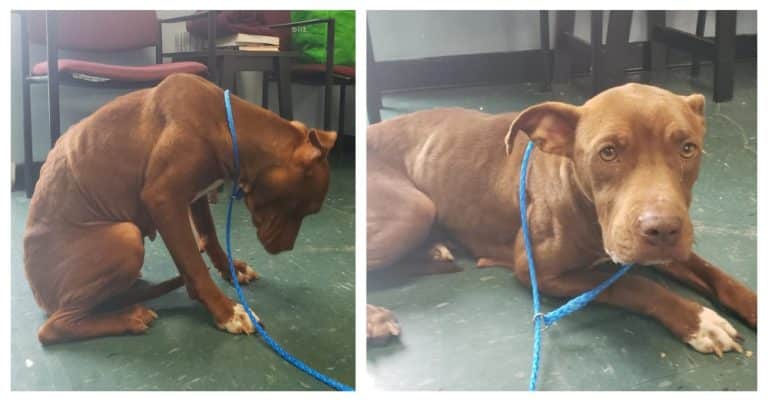 Mocha is a one-year-old Pitbull mix who was going through this same phase. She was n Rowan County Animal Shelter in Salisbury, located in North Carolina. Mocha was put in the shelter with another dog. But Mocha was different – she was terrified of human beings. Whenever this shelter dog spotted another human being, she trembled in fear. 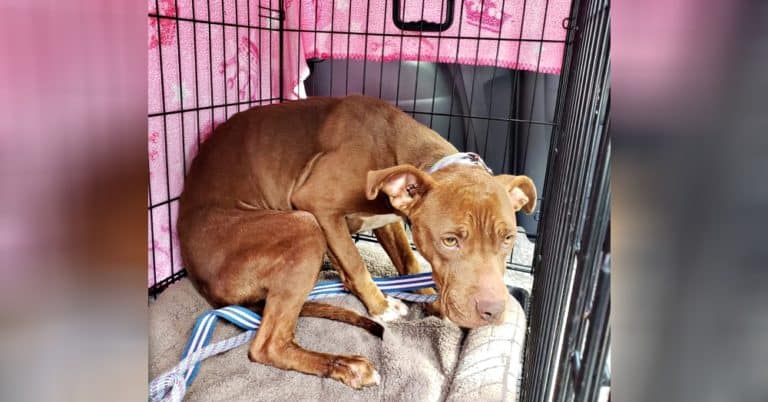 When Mocha arrived, she had fleas all over the body. She was so afraid of people that she became petrified at the sight of human beings. Who knows what the heartless owner did to her.

Albina Albiie Chanel wished Mocha did not have such a distrust towards humans. She is a volunteer and she has dealt with cases where humans have shown such cruelty. It broke Albiie’s heard to see Mocha shake at the sight of humans. She must have been traumatized. 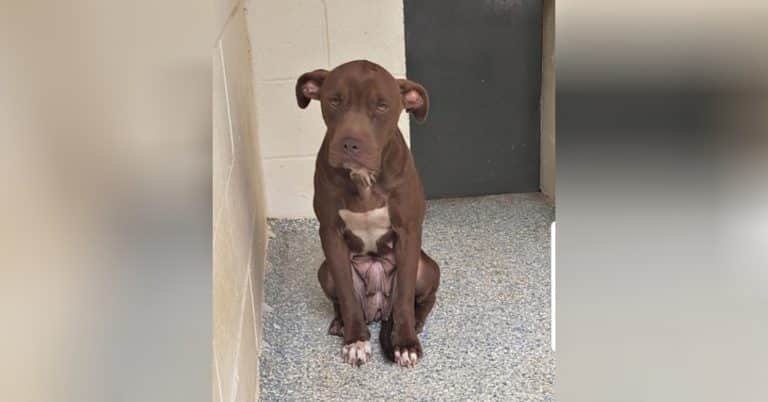 But Albina wanted to do something for Mocha. So, she went to Facebook and posted a letter from Mocha. She wrote how she feels defeated but hopes that her puppies will get a better home.

UPDATE: MOCHA IS SAFE AND OUT OF THE SHELTEROpen letter from MochaDear humans,As I sit here on death row totally…

The letter mentioned how people would make her shake in fear. Even at 1-year-old, she had seen a lot to be afraid of people. She doesn’t take in too much food and has stayed skinny. One day, she had her picture taken. But the shelter dog was too weak to stand and walk around. She did try and she got a treat for her attempts. Later on, she mentions that she was on a death row and would like to be adopted.

Read: Dog On The Church Altar: Brazilian Priest Shows His Love For Strays In The Most Wonderful Way

The post went viral and a kind soul responded. Mocha got her second chance.

Dear Mocha, I sat with you and wrote a letter for the whole world to see. And they did. Happy 2nd chance sweet girl. …

It is a happy day for Mocha indeed.