This is one big adventure that almost went horribly wrong. Reilly and Lady decided to go on a little doggie adventure without dad or mum to keep an eye on them. Jason Norris, their owner caught the act too late when he spotted the hole in the fence. He went out on a search and soon found one of them. But this little piece of misadventure almost killed the other runaway dog.

Jason desperately set out to find his two dogs. He caught up with them near the hospital. Lady listened to his calls and came back. But Reilly was in no mood to cut short his adventure. This piece of disobedience almost cost him his life. 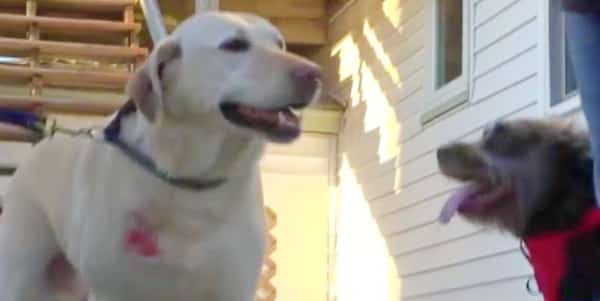 A patient at the Northern Light Eastern Maine Medical Center, Bangor first caught sight of the helpless Reilly. The runaway dog was helplessly stuck under a boulder in the river, his head almost underwater.

Read: More Than 140 Dogs Were Found In Terrible Conditions In A Multimillion-Dollar Home In California

Four nurses from the medical center quickly rushed to the spot. Running along the railway track they reached the spot to find the runaway dog in big trouble.

Kara Calor, a nurse with NLEMMC, said that when they reached the water, they found that Reilly was struck under a big rock. He was trying to maneuver his head. He seemed frightened.

The nurses were able to get down and save the dog. After the rescue, the nurses waited for animal control. An officer finally reunited Reilly with her family. 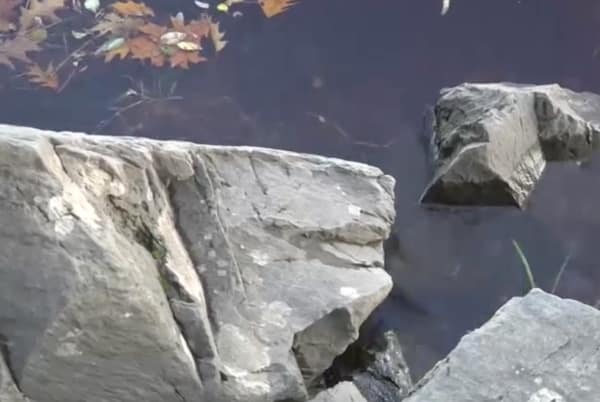 Norris is thankful to the nurses for having risked their lives and rushed to the freezing river. He was overwhelmed by an emotional outburst. The dogs are his life and he cannot bear to think of living without them.

Read: Unicorn Puppy Found Wandering In The Streets: The Tail On Its Head Is A Miracle To Witness

Reilly escaped with just a puncture in her chest. Speaking to the media, he said that he had been deployed thrice. He thinks that no amount of gratitude is enough for the four nurses who rushed to save Reilly. 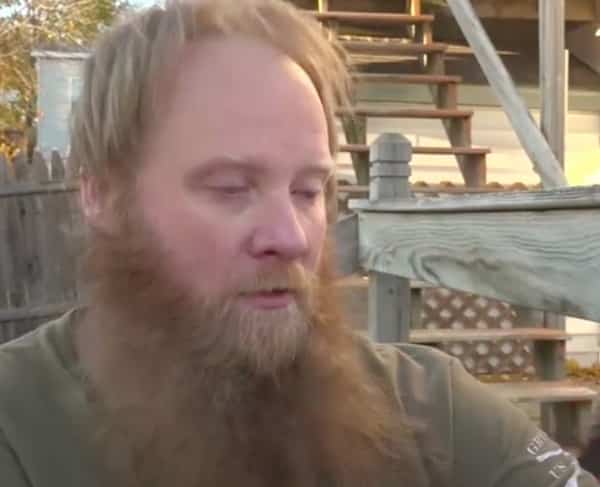 He plans to repay the debt to them somehow.