One of the closest relationships in professional life is between dogs and their handlers. Their success depends on the bond between the two. But retirement comes at a cost as the law doesn’t allow handlers to take their friends home. In Texas, service dogs are considered public assets and are either auctioned, donated, or even destroyed if no proper home was found for them.

But an amendment in the state constitution has brought an end to that cruel practice. Now, horses, dogs, and other animals who are part of law enforcement can be adopted by their handlers for free. ‘Qualified’ handlers can also take them in at zero cost.

READ: New Law Permits A Final Resting Place For Pets Next To Their Beloved Owners In Human Cemeteries

The Sheriffs’ Association of Texas was actively involved in this initiative. Members of the Association were quite upset at the treatment meted out to these veterans after retirement. Treating service dogs as surplus was too cruel for the dogs. The dog partners are considered family when in service and are given a funeral befitting a fallen warrior when they died in action.

Sheriff Jim Skinner of Collin County feels this is a step in the right direction. There have been many deserving dogs who were denied proper treatment at the end of their careers. 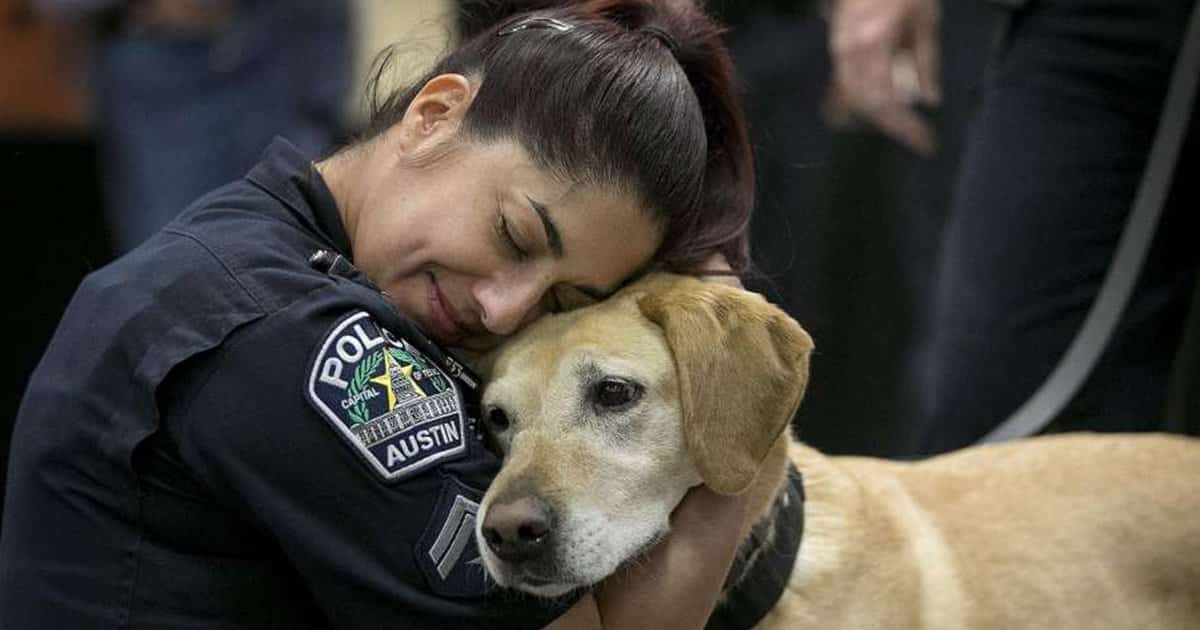 Retired Police Canine Foundation member Richard Geraci feels that the law has to change with the times and they cannot be treated as mere property. Many people have taken the initiative to save the animals in their own way. Skinner recalled that he took two dogs off active duty instead of retiring them. This enabled them to remain with their handlers.

Sheriff says that as law enforcement officers, they find it difficult to circumvent the law to save the animals. An incident forty years ago remains etched in his memory when he extended his stay to remain close to his dog, Jesse. Then, animals off active duty were either abandoned or euthanized.  That changed in the year 2000 when new laws allowed them to be adopted by their handlers. Further changes required the government to fund the reparation and handlers have the first choice for adoption.

READ: Veteran Has An Anxiety Attack, But His Rottweiler Shows Why Service Dogs Are Awesome

Skinner, along with many Sherriffs approached the Texas legislature for changes in the law. The proposed amendment was finally passed unopposed.

Service dogs are highly trained individuals and only someone capable can handle them and look after them. And their handlers, who have looked after them for years are the most competent people.