A dog of King Amenhotep II and his belongings are in the Egyptian museum.

Ancient Egypt is famous for its association with cats. But surprisingly, dogs were equally popular there. Ancient Egyptians appreciated and honored them. The Egyptologist Margaret Bunson stated that dogs were “domesticated in Egypt in the Pre-Dynastic eras.”She also stated that dogs served humans as hunters and friends. In an early tomb, the painting goes back to 3500 B.C. shows a man walking with his dog leashed, a photo that is not strange for anyone in the modern time.

It is in the Egyptian Museum, Cairo. 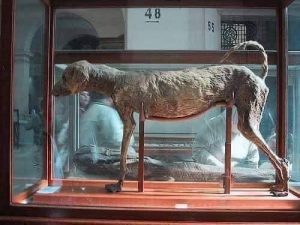 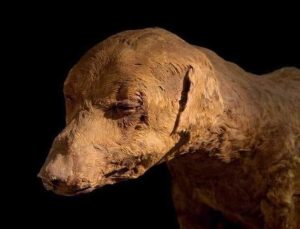 Also, they found some of the dog’s belongings. They were fragrance bottle, a food bowl and a water bowl that has some inscriptions and Nile fish drawings. 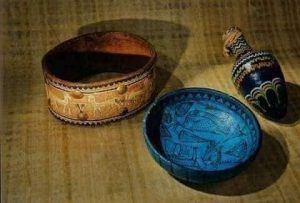 Read More: Family Finds Their Missing Turtle In The Storage Room 30 Years After She Disappeared