Some pictures bring sweet memories to you. And then there are those pictures that sting painfully when you see them. This picture belongs to the latter category. As the forest burns, a koala and firefighter stand there, helplessly watching it. The picture shakes its viewer to the core. 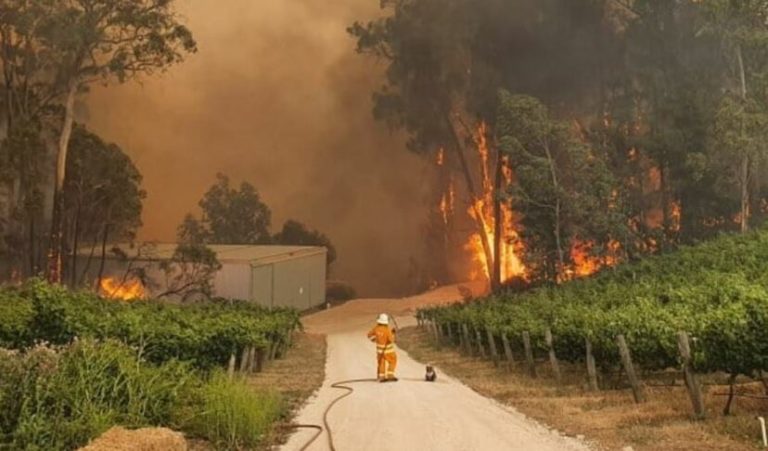 The Facebook page of the Eden Hills Country Fire Service shared the post. The firefighter is standing with the water hose in his hands as he bushfire spreads. The koala is watching his home burn down to the ground in front of his eyes. The sight is heartbreaking to watch.

Read More: 5 Dogs Across The UK Die After Being Afflicted By The Flesh-Eating Alabama Rot

The incident happened in the Lobethal vineyard that is located in West Adelaide. The picture reminds us of the struggle that the firefighters of Australia are facing.

The Facebook post also underlined the details of this challenging time. The firefighters of New South Wales are currently facing difficult times. They also thanked those who have offered support.

In recent weeks you have seen the training we have been doing,our very well attended open day and again our hugely…

Read More: Firefighters Get Help From Dog Passing By And It’s The Most…

This picture of a koala and firefighter tells only one such sad story. Many such koalas have seen their homes burning.

A person said that this is a powerful picture and it defines the terrible 2019-20 fires, while another person thinks this photo is unbelievably painful. The job done by the firefighters is commendable.

Indeed the service these firefighters have provided have helped a lot of animals and people. They are our saviors and deserve an applause.

The helplessness in the eyes of the koala and the firefighter is heart-wrenching. Let’s hope no other koala loses their home to the bushfire.