Rico Soegiarto, a guy found in his way an abandoned husky that is malnourished and very weak. This poor dog was very sick and fatigued as he got neglected in the streets of Denpasar, Bali. He had bald spots on his coat caused him sores.

The poor husky was very malnourished and looked like a skeleton. He barely stands up. He was to die soon unless Rico came in the right time to save him from the rough streets to help him recover and back to his health.

Rico managed to take care of the poor husky, he washed his coat, trimmed his nails, fed him and also had regular visits to the vet.

The abandoned husky is strong and healthy after just 10 months! He is fully recovered, so happy, playful and adores his kindhearted owner.

See how powerful and hopeful these transformational photos from an abandoned husky to a fully recovered furry companion! 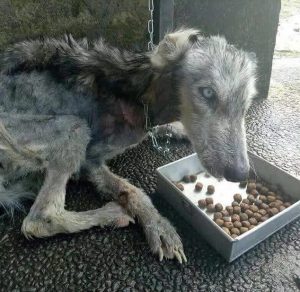 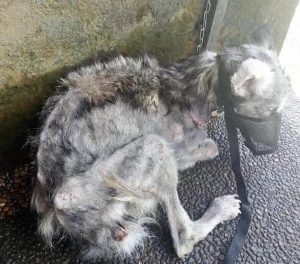 Read More: Dog Festival in Nepal where they thank dogs for being our friends 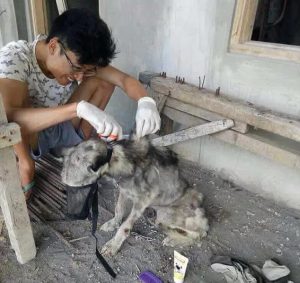 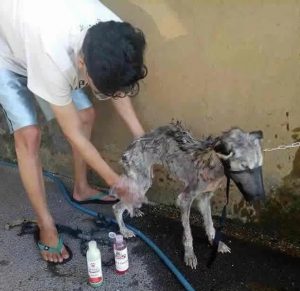 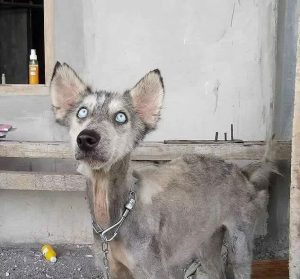 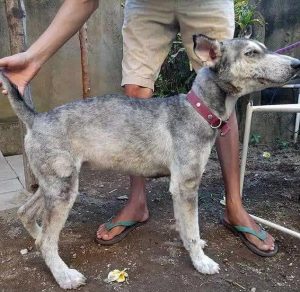 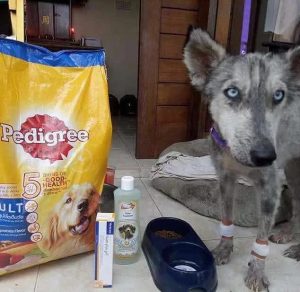