A dog was found sleeping on the sidewalk every day, looking at the world with hopeful eyes. Apparently abandoned, the dog lay quietly hoping that someone would rescue her. The furry dog at times kept looking at passersby with her big soulful eye. An animal rescue, Hope For Paws, California acted on information they had received and went looking for the sad and abandoned dog. 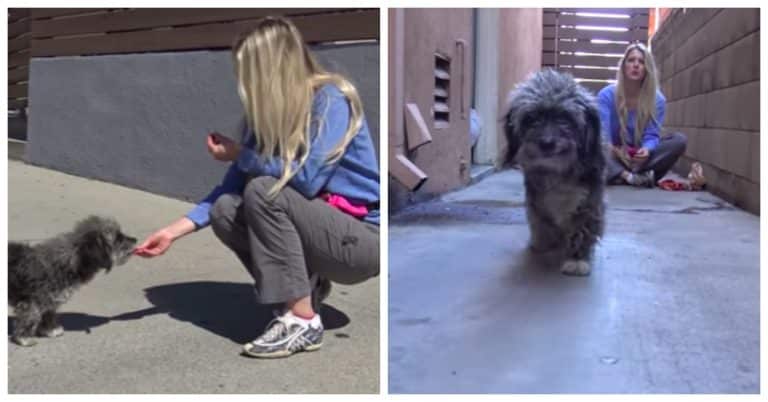 A woman from the rescue came up to the dog and offered its pieces from a hamburger. The dog cautiously approached the food and proceeded to take the bits of treat offered by the woman. She was perceptibly wary in the beginning. But gradually she warmed to the generous woman. The rescue team led the dog to an alley. They blocked all the exits and approached the sad and abandoned dog. After more bits of hamburger, the dog finally allowed them to subdue her. The woman picked her up. She even took pleasure in a belly rub that the woman gave her. 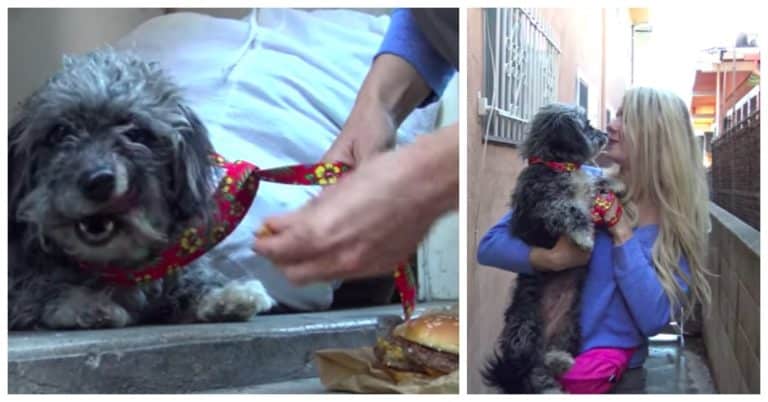 The rescue team named her Cindy Lou. An examination at the vet was done, followed by a thorough bath. The sad and abandoned dog absolutely enjoyed the whole process and was excited at the makeover. From the moment she realized that she was safe and secure. She let herself go and couldn’t stop wagging her tail. 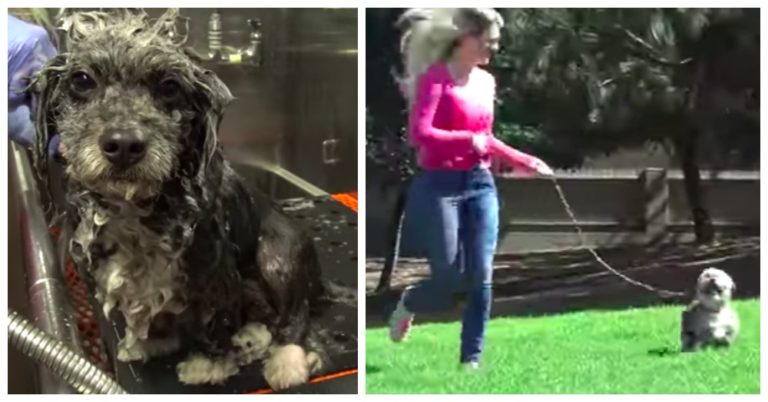 The sad and abandoned dog was badly shaken at being forsaken but she has slowly regained her composure. She even showered kisses on her rescuers. After all the essential medical examinations and treatment, she has been put up with a foster home. The sweet darling now waits to be adopted.