You may have seen Dwayne ‘The Rock’ Johnson do his famous eyebrow lifting pose. Or maybe you just been allured by the traditional thick eyebrows that few Hollywood stars had. Whatever be it – eyebrows on a human being are considered special. And that is not just because of its function of preventing sweat from dripping into the eyes. Rather. it lends itself to your style and overall appeal. 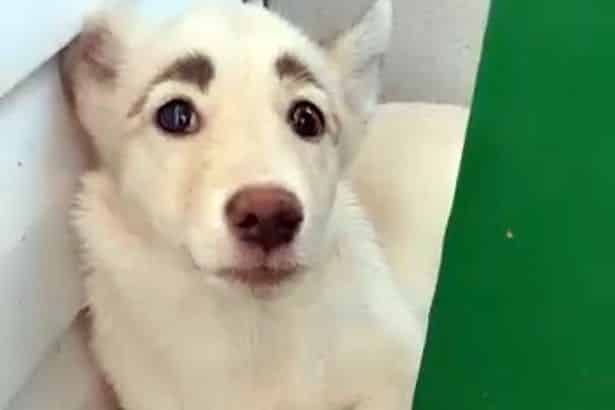 And that’s why the human-like eyebrows on this dog have made him go viral. The stray dog was found in the streets of the city of Bratsk in the Irkutsk Oblast region present in south-central Russia. The Dobriye Rukii animal shelter took up the dog and she was put up for adoption. But there was something strange in this dog that made her stand out from others. She had human-like eyebrows.

The volunteers working in the shelter started taking pictures of the dog and it was uploaded on the net too. The most striking feature of the dog is the thick eyebrows on the dog. They are wonderful human-like eyebrows just on top of her wide eyes. 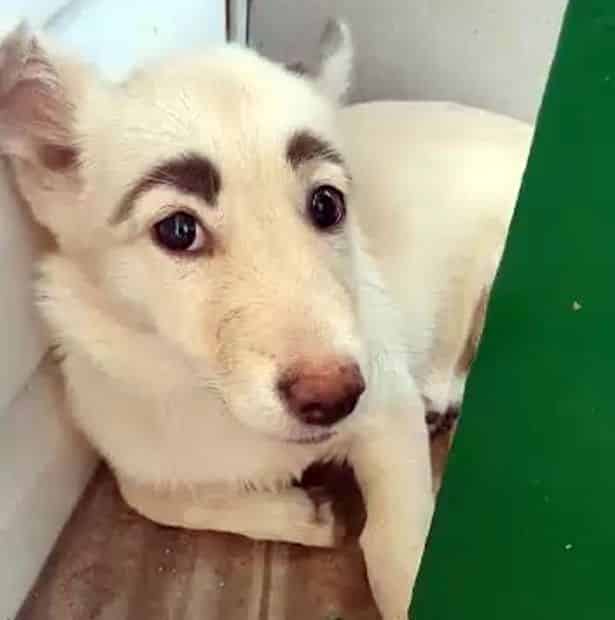 According to the shelter experts, the dog may have had Husky genes in her ancestors which brought out the human-like eyebrows in the dog. The vet has mentioned that those eyebrows are, in fact, real and not painted.

Well, the picture went viral and the dog was just kept in the shelter for 5 days. She was fortunately adopted.

A woman named Oksana adopted this dog with human-like eyebrows and she called him Frida. After all, the eyebrows resemble the famous Mexican painter.

She has been referred to as the coolest dog ever. She can sit and also approach you based on your command. She is slowly learning a lot more commands. She is super-friendly too.