Even a fence could not prevent this toddler from creating a special friendship with the neighbor dog. This child has forged a unique bond with his neighbor’s dog and all he needed was a tiny gap in the fence. Each time the child would throw the ball on the other side, the Yellow Labrador would promptly return it. Conway Nelson realized that he had a friend for a neighbor. The whole incident went viral after the father captured his 2-year-old son playing with his neighbor’s dog. 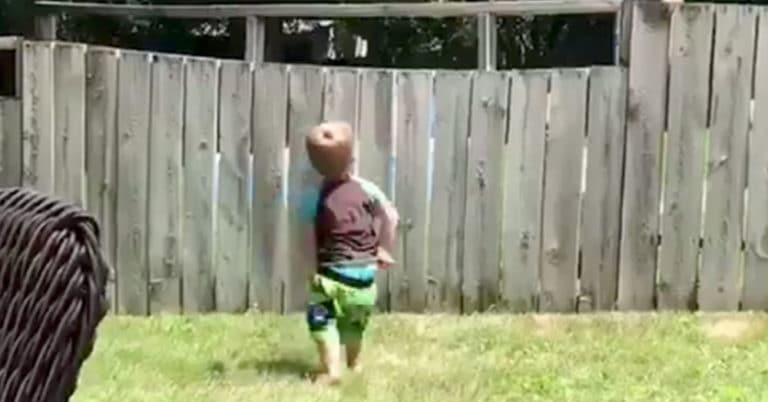 His father, Chad, had taught Conway to throw a ball when he was just 2-weeks-old. Chad uploaded a recording of Nelson as he threw the ball over the fence. Dozer, their neighbor’s dog would promptly pick it up and return it back every time. The video shows young Conway chortling with delight. The Nelsons have a couple of dogs but neither is willing to play catch with young Conway. He found his best friend in the neighbor’s yard and is pretty excited.

Read: Man Steps Outside And Goes Viral With Humorous Footage Of Dog “Following” Him Around His House 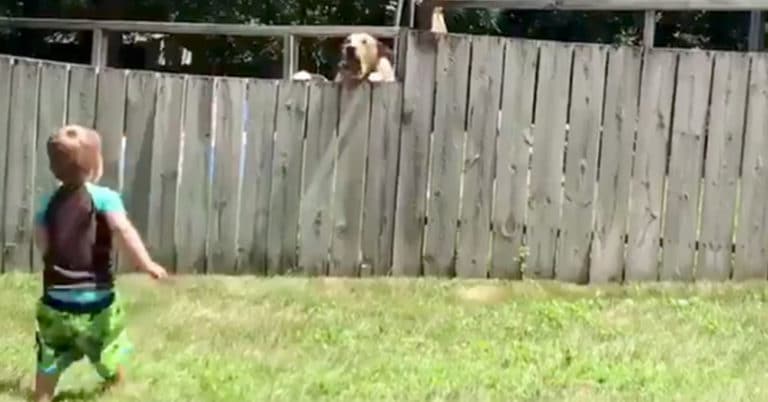 Viewers have commented on his great hand-eye coordination, predicting that he has a great future in sports. Years from now, Chad can point to this video of his 2-year-old son playing with his neighbor’s dog as the start of Nelson’s career.

People love nothing more than videos of children or dogs being friends with one another. And when the two combine in one video, you can be sure that it will delight viewers. The video was shared more than 300,000 times and has garnered more than 7 million views from the time when it was initially posted.

A fence can’t stop my two-year-old from playing with his new best friend. pic.twitter.com/9QBuaq4Ee2

The pair has shown how important a dog can be in a child’s life. He has found a friend out of the blue in an unexpected place. The dog is enjoying the game as much as Conway. There is something inherently beautiful in watching a child and a dog bond over a simple game of fetch.

We hope this video of Chad’s 2-year-old son playing with his neighbor’s dog is the beginning of a beautiful new friendship.