Dog researchers have found that treats for a dog are the best incentive to train them. They have found that the best way to get dogs to obey you is by offering them a treat. They are more apt to repeat actions that have been enforced in their minds through a piece of doggy delicacy at the end of each training session.

Other methods are mostly ineffective or can harm the relationship between the dog and its owner.

Erica Feuerbacher is in the Department of Animal and Poultry Science. This assistant professor at Virginia Tech conducted a study comparing the two forms of reward: one based on treats for a dog and the other based on abstract rewards like praise. They all preferred the food over empty words or a pat on the back. Food motivates them a lot more than praise does. 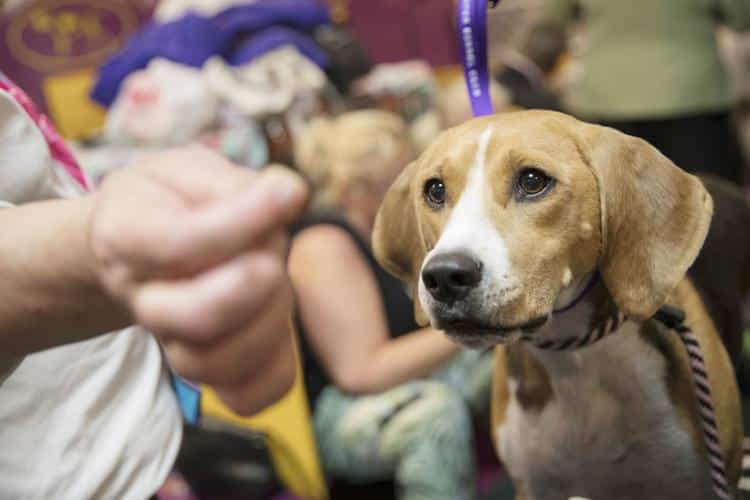 Empty words mean nothing to your dog. You need to back it up with some real incentive to motivate them. Life rewards like taking your dog out to play or going for a walk are secondary incentives that only reinforce the lessons that you have taught your dog.

The primary incentive and the most powerful one at that remain treats and they also work immediately. Modern-day trainers prefer food than any other incentive. A long-held belief is that punishment works as it arouses the instincts of animals to save themselves. But it has negative side effects on your dog and will cause anxiety, fear, and stress. It might make them aggressive and affect the bond between you and your dog.

Obedience induced by fear and threat makes the dog avoid the owner and that is the last thing you would want your dog to do.

But owners have a common complaint that treats for a dog doesn’t always elicit the desired response. That is because owners make the mistake of overfeeding their dogs. The treats used for training should be a part of the dog’s daily measure. Feeding them more will only make them indifferent to treats during training. A hungry dog will be eager to obey. Keep your dogs’ favorite food as part of their treats.

Even dogs love a change in their menu. Also, train them in a situation where they are not distracted or frightened. Incentives do not work in a stressful environment.